Many users love sunroofs because it lets them enjoy the sunshine during the day and view stars at night while riding in the car.

However, sunroofs tend to reduce headroom in vehicles. Besides, it’s much easier driving a car when you don’t have to worry about glass breaking above you.

If you want to avoid a sunroof to protect yourself from danger and enjoy space, here are some cars you should check out: 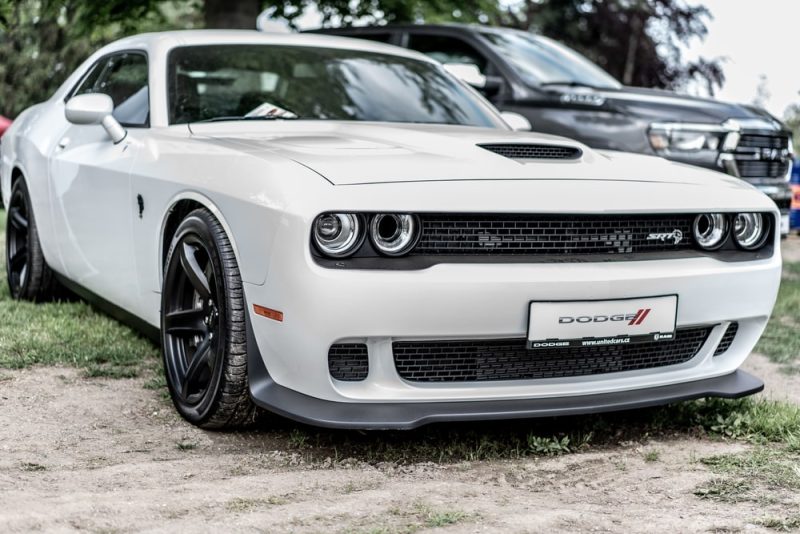 The Honda Accord LX is famous for offering comfort features at an affordable price. Despite its low cost, this car has a repertoire of useful infotainment components like a 7-inch touchscreen, hands-on texting and even Pandora.

This Honda Accord trim level also features luxury elements, such as power windows and a dual-zone climate control system.

Since this car has no sunroof, it is quite spacious. It provides the highest headroom across all Honda Accord trim levels, with about 39.5 inches in the front and 37.3 inches of back headroom. In contrast, higher specs like the Accord EX offer only 37.5 inches of front headroom and 37.2 inches of rear headroom.

Sunroofs are likely to break after drivers have used them for a while. Thus, the lack of a sunroof in the Honda Accord LX increases the safety of the vehicle for its occupants.

Despite being around since 1975, the Volkswagen Polo still amasses high sales figures worldwide. In fact, several automotive agencies have named the vehicle the world’s best-selling compact car.

Volkswagen sold over 590,000 units of its Polo model in 2020. This vehicle has so many buyers because of its robust build.

Unlike many compact cars, the Volkswagen Polo has no sunroof. This gives the vehicle over 38 inches of front headroom. As a result, tall occupants have enough room to sit in the car without squishing their bodies.

Sunroofs are expensive and repairing and replacing them often costs a fortune. The absence of a sunroof in the Volkswagen Polo may be the reason it costs less than its peers.

The Ford Mustang GT allows drivers who cannot afford a luxury vehicle to enjoy the benefits of a high-performance sports car. This muscle car offers a powerful a 5.0-liter V8 engine and decent fuel economy, both of which are rarely found outside on race-ready models.

One reason why the Ford Mustang GT is so cheap despite its level of performance is the absence of a sunroof in the car. Sunroofs are very expensive to maintain, replace and repair. In fact, an average sunroof costs between $1000 – $2000.

By skipping the sunroof in its Mustang GT model, Ford provides more seating space for passengers in the car. Mustang GT drivers and front passengers enjoy about 37.6 inches of headroom.

When Dodge first released the Challenger in 2008, it sold over 17,000 units before the year ended. The sales volume of this car only increased in subsequent years. Although the Dodge Challenger is now in the 14th year of release in the USA, it still amasses high sales rates.

According to several auto experts, the Challenger’s high performance, exquisite sporty design and spacious interiors are why users love the car. This car offers over 39 inches of headroom and can seat five people.

For such a sporty car, it may surprise you that the Dodge Challenger has ample interior space. Notably, the Challenger also lacks a sunroof.

Although sunroofs increase the visual appeal of cars, they occupy a lot of space, thus reducing the comfort that passengers enjoy. But with the absence of the sunroof in the Dodge Challenger, users get all the comfort they want while sitting in the vehicle.

Drivers often praise the Mercury Milan for its reliability and ample interior space. For instance, several Mercury Milan users claim the vehicle has never broken down since they started using it.

Thanks to the absence of a sunroof in the Milan, the car also has adequate interior space. Occupants of the vehicle enjoy about 38.5 inches of headroom. The Milan also lets its passengers stretch their legs over a width of 42 inches.

Honda may have stopped producing its Element model, but the vehicle still enjoys a cult following. The reason Element fans are still so loyal to the car is its roomy interiors and large trunk. As such, middle-aged drivers with families find the car practical.

Since the Honda Element looks like a box, you might wonder how it has so much space. The automaker has managed this feat by omitting a sunroof in the car. As a result, the Honda Element offers about 43 inches of headroom, which is much larger than other compact crossovers.

The Honda FCX Clarity combines beauty and practicality in the right proportions. It’s no wonder that the vehicle appeals to a variety of car lovers.

The sleek exterior design will easily capture the attention of passers-by and drivers. Also, the car has ample interior space and high fuel mileage.

An original Honda FCX Clarity has no sunroof. So, the roof of the vehicle is positioned far enough to provide sufficient headroom for tall occupants. The space between the bottom of the seat and the car’s roof is about 39 inches.

A sunroof increases the load on a vehicle. If you often fill your trunk to its largest capacity, your vehicle will use up fuel quickly. The lack of a sunroof in the Honda FCX Clarity is probably why it has more fuel mileage than its peers.

Once you observe the sleek appearance of the Toyota C-HR, you’ll see why many car lovers are falling in love with the vehicle. It takes a bold look, featuring a fashionable roof and aggressive fenders. Then, the understated color on the door handles combines with other components to give the C-HR a classy feel.

Although the Toyota C-HR may look small from the outside, the headroom in the vehicle is quite high, measuring about 38 inches. How does Toyota achieve this? The car contains low-slung seats and lacks a sunroof.

While sunroofs often upgrade the beauty of a vehicle’s interior, they may decrease the headroom in the car. This leaves tall occupants squeezing their bodies to fit into small cars.

The Ford Ranger comes in various forms of engines and cab sizes suitable for drivers with differing preferences. That’s why it’s often one of the first vehicles people think of when they plan to buy a mid-sized pickup.

The Ford Ranger lacks a sunroof, and this improves the overall value of the truck. For instance, the absence of sunroofs helps the vehicle last longer than its peers. Since sunroofs put a lot of weight on a car, using them tends to strain vehicle components, thus shortening the lifespan of host cars.

So, the lack of a sunroof helps retain the durability of the Ford Ranger. If you service your Ford Ranger regularly, it should travel at least 300,000 miles before breaking down.