Aerodynamics have become a huge selling point for cars.

The more aerodynamic a car is, the easier it moves through air—and the higher the fuel efficiency.

A car’s aerodynamic quality is usually measured by its drag co-efficient denoted as Cd.

A lower Cd means the vehicle has low drag and requires minimal fuel to push through air.

In this article, we will explore popular cars with the lowest Co-efficient of drag (Cd). Let’s dive into it!

Hate them or love them, there’s no denying that Tesla vehicles are some of the most technologically advanced cars available.

In particular, the company’s vehicles are designed for maximum aerodynamic performance.

In designing the Model S electric sedan, Tesla engineers ensured the vehicle was highly aerodynamic. This is likely to reduce drag, and by extension, the power needed to propel the vehicle through air.

If you wanted to know why the Model S ranks among the most efficient cars on the market, this is it.

According to our research, the Tesla Model S has a 0.24 Cd rating. This figure tallies with results from prominent magazines and websites as well.

In the world of green cars, the Toyota Prius is a legend.

It was the first mass-market hybrid that provided excellent, never-before-seen gas mileage numbers.

The Prius continues to be one of the most efficient cars available, partly because of its aerodynamic design.

Per research reports, the Prius has an official Cd rating of 0.24.

This is among the lowest co-efficient of drag (Cd) ratings on the market and explains the Prius’ frugal fuel consumption.

As with other cars on the list, the Prius has features that enhance its aerodynamic quality.

For example, the Prius has a unique teardrop shape that allows it to cut through air with minimal resistance.

A well-designed roofline and underbody panels also contribute to the Prius’ low co-efficient of drag.

On the average day, you’d hardly find SUVs on lists such as this one. With their big, boxy design, SUVs are some of the least aerodynamic vehicles on the planet.

The aero efficiency of the Model X is down to the absence of a large engine upfront that needs cooling.

It also benefits from Tesla’s aerodynamics-focused design language. The body of the Model X is highly streamlined, such that it has minimal drag.

To give a specific figure, the Model X has a 0.25 Cd rating. This is particularly impressive for an SUV of its size.

For comparison, the Model X’s Cd figure is only slightly lower than that of the Model S, despite the difference in sizes.

Hybrid vehicles are often bent on maximizing gas mileage, and the Kia Optima Hybrid is no different.

Another reason for the Optima Hybrid’s efficiency is its low co-efficient of drag. This vehicle ranks among the most aerodynamic cars with its 0.25 Cd rating.

Again, design language is key to the Optima’s low co-efficient of drag. The sedan has an active front grille and a unique front air curtain to promote better airflow.

It also features a special rear bumper that lowers drag while moving. All these special features contribute to its reduced co-efficient of drag.

It boasts similar (and impressive) fuel economy numbers like the Prius and has great aerodynamic efficiency as well.

The Ioniq models have several curves and creases designed to better channel airflow around the vehicle.

There’s also a three-stage active front grille that enhances airflow while driving. Taken together, these features help the Ioniq achieve a lower co-efficient of drag.

Our research shows the Hyundai Ioniq has 0.24 co-efficient of drag (Cd)—same as the Toyota Prius.

If you ever want an alternative to the Prius, the Ioniq might be a great choice.

BMW has a long history of building highly aerodynamic cars. In fact, this list will likely see more than BMW model.

The car has a class leading coefficient of drag of 0.22 Cd.

Thus, it benefits from aerodynamic design elements that also reduce its co-efficient of drag.

One of these design elements includes the special kidney grille featuring active shutters.

Unlike their steel counterparts, alloy wheels are lighter and reduce vehicle weight for better aero efficiency.

Many people don’t know this, but the Honda Insight preceded the Toyota Prius.

The only difference between them?

The Prius caught on and became mainstream while the Insight was considered a fringe car.

Honda returned the Insight after a long hiatus, and the new hybrid boasts an improved design and better aerodynamics.

Make sure to also read our article about cars with adaptive cruise control.

Not the Mazda Mazda3; this vehicle has great aero efficiency because of its unique design.

Aerodynamic design elements on the Mazda3 include an effective underbody and the streamlined suspension components.

The average Mazda3 vehicle has a 0.26 Cd rating. While this is the highest of any vehicle on the list, it’s better than most vehicles.

The 7 Series, like its sister 5 Series, benefits from several design elements for an impressive co-efficient of drag rating.

From research, the BMW 7 Series has a 0.24 Cd rating. This is quite a feat, as the 7 Series is bigger than most saloon cars, the 5 Series included.

One factor responsible for the low Cd figure of the BMW 7 Series is the active air suspension.

Tweaking the suspension settings lowers the height of the vehicle and improves aerodynamic performance.

The 7 Series also has grille shutters and front air curtains, all of which help enhance its aerodynamic qualities. 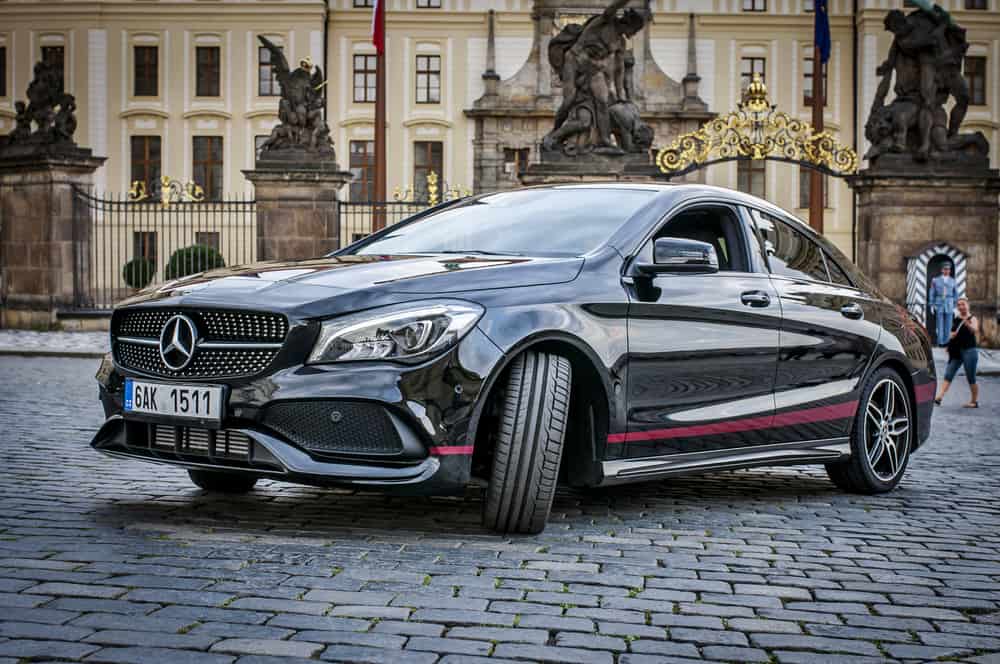 At this point, it’s okay to believe German automakers have a special relationship with aerodynamic performance.

Like the rival BMW, Mercedes-Benz subjects its vehicles to long hours of wind tunnel testing to enhance aerodynamics.

Upon its release in 2013, the CLA BlueEfficiency car had one of the lowest co-efficient of drag (Cd) ratings on the market.

The vehicle’s 0.22 Cd figure was much better than most models in production, inspiring similar aerodynamic vehicles.

Among other things, the BlueEfficiency model benefits from Mercedes-Benz’s unique grille design. It also exploits the exhaust silencer and rear spoiler for higher aerodynamic performance.

Also read our article about popular cars with Wankel engines.

The Audi A4 Ultra range is aimed at fleet owners that desire minimal fuel consumption and CO2 emissions.

The Audi A4 Ultra has an 0.23 Cd rating. This ranks it among the most aerodynamic cars on the list. 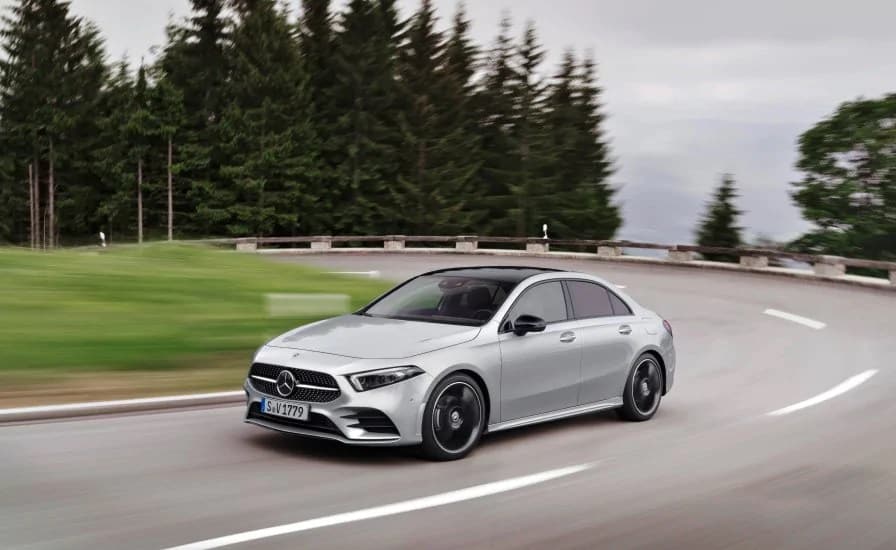 According to various reports, the Mercedes-Benz A-Class saloon is perhaps the most aerodynamic car available.

It has a co-efficient of drag rating of 0.22 Cd along with a compact-sized frontal area of 2.19m2.

A close analysis of the A-Class sedan reveals the reasons for its stunning aerodynamic efficiency.

Thanks to bleeding-edge computer-aided engineering simulations, the A-Class has an exceptionally aerodynamic exterior.

It features a completely sealed underbelly, and a significantly reduced frontal area that allows it to cut through the air with the lowest resistance of any car in its class.

Front and rear wheel spoilers do a perfect job of routing the air around the wheels, and the aerodynamically tuned wheels and tires help reduce friction.

You can even buy the optional shutter system that reduces airflow coming through the engine bay for a superbly aerodynamic car with the lowest drag coefficient in the industry.