The Wankel engine is a rotary engine that uses a triangle-shaped rotor that revolves within a chamber.

It has no pistons like regular engines. And it weighs less, has fewer moving parts, and more horsepower than counterparts.

The Wankel engine met its demise due to a combination of economic and mechanical factors.

Nevertheless, we have listed the most popular models to use the Wankel engine. Let’s start! 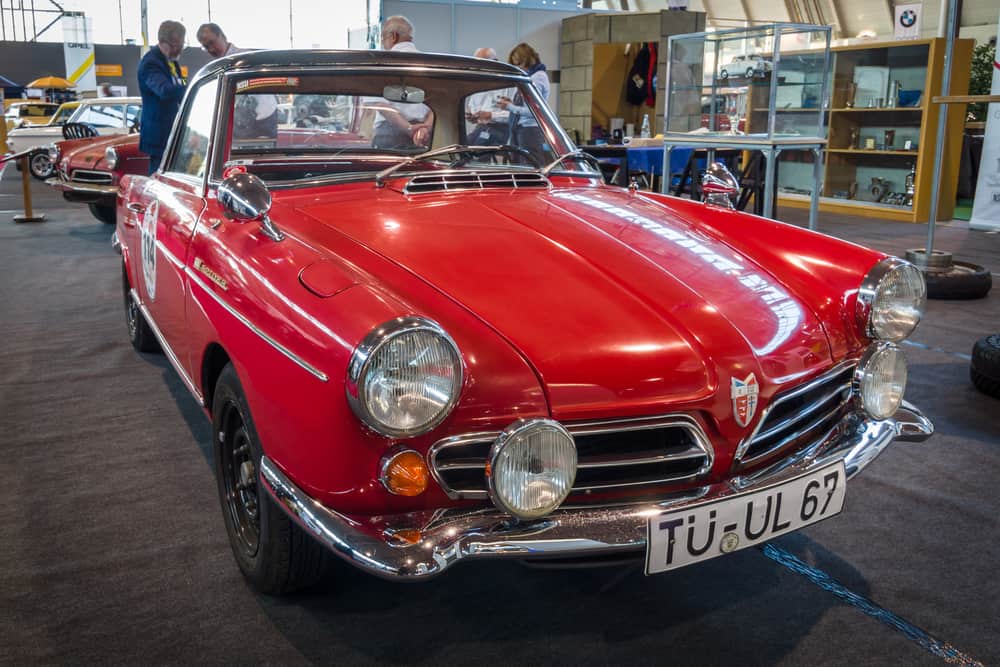 The NSU Spider was the first-ever car to use a Wankel rotary engine. The engine had a single 498cc rotor and produced a lowly 54hp.

However, the firm stopped manufacturing the Spider models in 1967 after a series of lower than expected sales figures.

A 2-door cabriolet with an RR layout, the NSU Spider was not that spectacular to begin with. And the exorbitant price tag contributed to the low acceptance of the car.

Thus, in 1967, NSU pulled the Spider from production and replaced it with the Ro 80, which also used a rotary engine.

For all its shortcomings, the NSU Spider laid the foundation for the rotary-engined models that came after it. As such, it deserves a spot on the list. 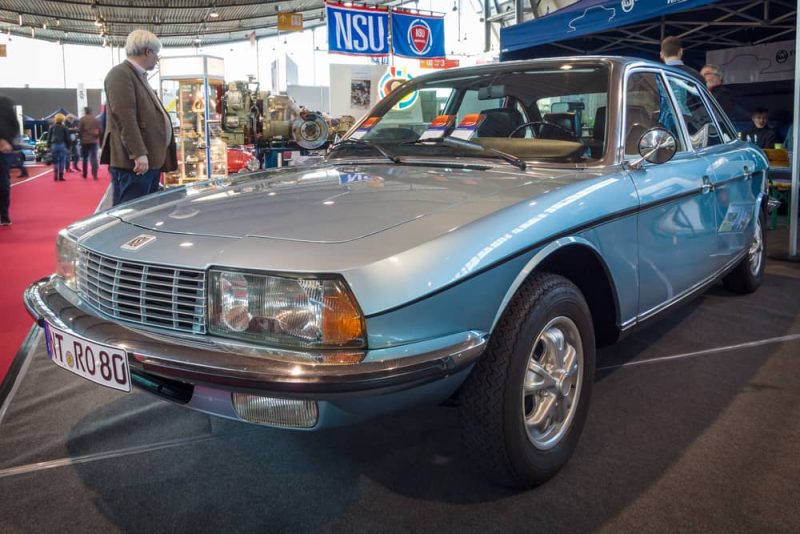 The NSU Ro 80 replaced the ill-fated NSU Spider and proved to be more popular than the latter. It was a four-door luxury saloon car and had a much-improved engine compared to the Spider.

The Ro 80 used a twin-rotor 995cc engine that produced around 113hp. It also sported new technology like inboard front brake rotors and a vacuum-operated clutch.

The Ro 80 received plaudits for its design and won a ‘Car of the Year’ award in 1968. However, it still faced several issues that plagued the earlier NSU Spider.

For instance, UK automotive magazine Autocar commended the Ro 80’s road-handling and stability but criticized it for having ‘rather poor petrol and oil consumption.’

Claude Luthe, who designed the NSU Spider, handled the design for the Ro 80. The car also received praise for its styling, which many people felt was modern for its era.

While it was well-received compared to the preceding NSU Spider, the Ro 80 experienced similar reliability problems. Some models developed issues extensively as early as 15,000 miles.

This, coupled with the Wankel engine’s poor fuel efficiency, forced NSU to stop production of the Ro 80. When production ended in 1977, NSU had built the model for ten years, selling over 10,000 units. 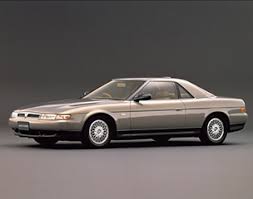 The Eunos Cosmo was one of Mazda’s first fruits with the Wankel rotary engine, which lasted for several more years. It served as the flagship of the short-lived Eunos luxury brand, which belonged to Mazda.

At inception, the Eunos Cosmo was the most powerful Wankel rotary-engined vehicle ever created. The base model had a turbocharged twin-rotor Wankel engine, which Mazda also used for the RX-7.

However, the real draw was the optional twin-turbocharged triple-rotor motor that produced a whopping 300 hp and 300 lb-ft of torque.

With that sort of power, it’s not surprising that the Eunos Cosmo guzzled fuel. Mazda improved the original model, allowing it to remain in production for almost 24 years.

The Eunos Cosmo was one car ahead of its time. It was the first vehicle to use GPS navigation and had an exclusive Car Control System.

Please also read our article about the type of engines used in Hummers. 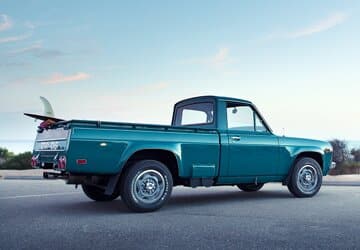 Advertised as the ‘World’s First Rotary Pickup,’ the rotary-engined pickup produced an average of 117 horsepower.

Called the ‘Rotary-Engined Pickup (REPU),’ the model received power from a four-port 1.3-liter 13B four-barrel carburetted engine. It also featured flared fenders, round taillights, a front grille, a new dashboard, and a battery placed under the bed.

Mazda started producing the rotary-engined B-Series truck in 1974 and sold over 17,000 units throughout a three-year production run.

Research show that Mazda discontinued the model due to the notorious unreliability of the Wankel engines. 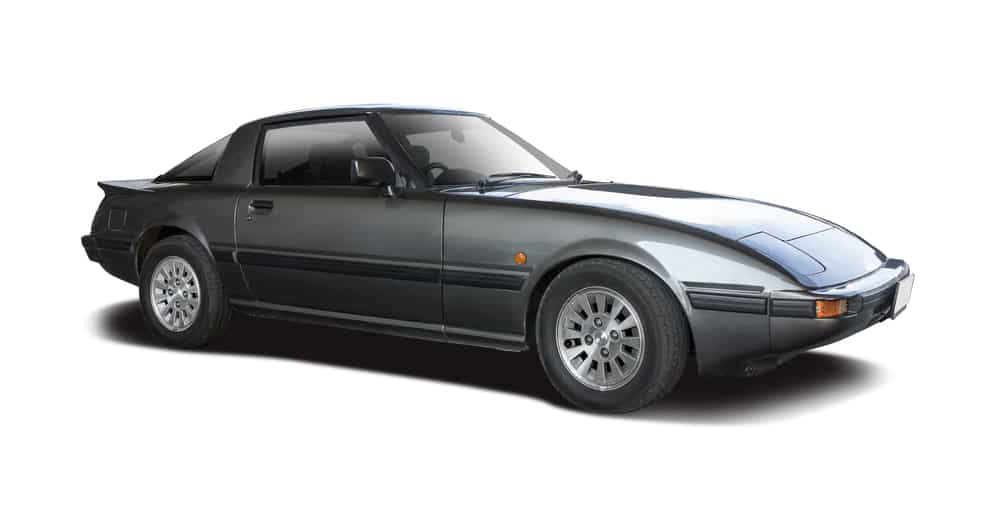 The RX-7 was one of Mazda’s more successful experiments with the Wankel rotary engine.

It was a rear-wheel-drive model that used various iterations of the Wankel rotary engines throughout its production history.

Rotary engines found in the RX-7 models over the years included the 12A, turbo 12A, 13B, turbo 13B, and sequential twin-turbocharged 13B engines.

When the RX-7 stopped production in 2002, Mazda claimed its rotary engine had a top speed of 270 horsepower.

The rotary engine’s lightweight nature made the RX-7 easier to handle for drivers. It also gave it road balance that made it one of the best-drifting sports cars to come out of Japan.

During its production run, the RX-7 received plaudits from the automotive press, particularly its fine handling qualities. It made Car and Driver “10Best” list five times and was Playboy’s magazine Car of the Year in 1993.

You may also be interested in our article about whether all Porsches have Boxer engines. 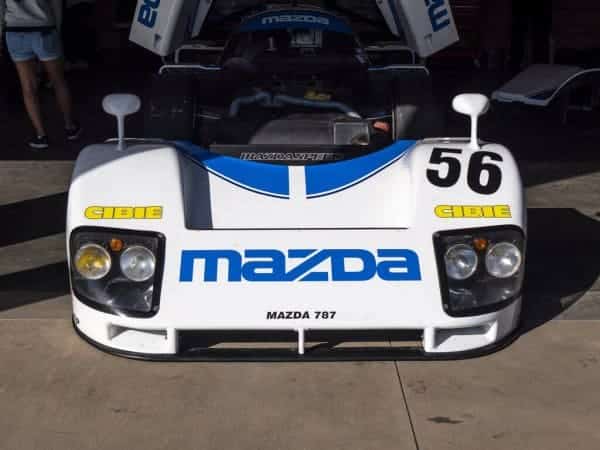 This list would not be complete without mentioning the Mazda 787B—the only rotary-engined racecar to win the 24 Hours of Le Mans race.

It seems surprising that a rotary engine, with its well-documented poor fuel efficiency and unreliability, won the grueling Le Mans race—but that’s exactly what happened.

This model used a naturally aspirated 26B four-rotor engine that could produce 900hp but was de-tuned to 700hp for reliability.

Still, it faced off against established racecars from Mercedes and Porsche, so it was never a favorite to win the race.

However, shockwaves spread across the racing world when Mazdaspeed driver Johnny Herbert crossed the finish line in an orange-and-green-colored Mazda 787B marked No. 55.

Herbert’s feat made the 787B the only rotary-engined and Japanese-made vehicle to win the famed race.

Also read our articles about popular cars with butterfly doors. 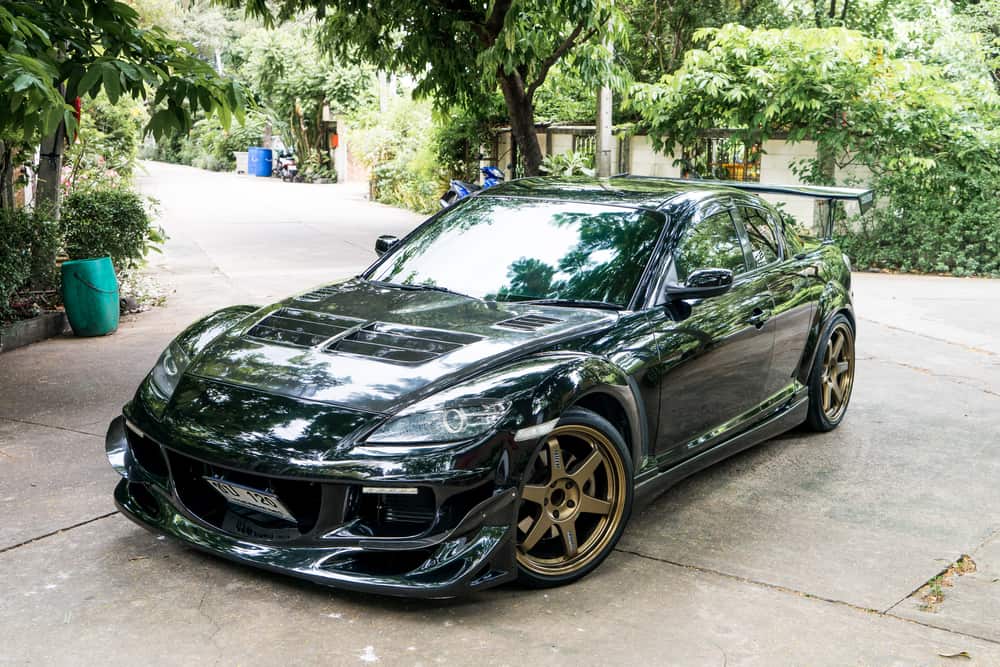 The Mazda RX-8 provokes nostalgia in many Americans, as it is the last rotary-engined model sold in the country.

The RX-8 had replaced the defunct RX-7 in 2002, sporting a 1.3L Renesis Wankel engine. With a claimed output of 232hp, the Renesis is the most powerful non-turbocharged rotary engine ever made.

The RX-8 had a 4-door quad coupe body style complete with uniquely designed doors that made accessing rear seats easier. Like the previous RX-7, the RX-8 won praise for its innovative engineering and driving dynamics.

In particular, performance enthusiasts and professional tuners saw it as a race machine and treated it as one. Even now, tuners and car enthusiasts are still paying a lot for classic versions of the RX-8.

Despite its excellent features, the RX-8 never gained widespread acceptance as the RX-7 did. Compared to the RX-7’s sales figures, the RX-8 sold only 192,094 units in its 10-year production run.

Inability to meet European emission regulations forced the Mazda RX-8 to stop production in Europe in 2010. It had stopped production in the USA some years before for the same reason.

Nonetheless, the RX-7 was another outstanding example of a car using the Wankel engine. It won over 37 awards.

What happens when you put a Wankel rotary engine in a Corvette? Chevrolet answered this question when it released Aerovette concept models powered by rotary engines in the 70s.

The first of these models was the Aerovette XP-895, which had a four-rotor Wankel engine producing 420hp.

The other was an Aerovette XP-897GT concept car, which used a twin-rotor rotary engine.

The energy crisis prevalent at the time soon forced Chevrolet to abandon plans of a rotary-engined car. It replaced the Wankel engine with a Chevrolet V8 engine but maintained the previous Aerovette models’ front-engined layout.

Chevrolet would eventually scrap plans of producing the Aerovette models, however. From our research, the reason for Chevrolet’s decision was the lower-than-average sales of mid-engine models.