The Ford F-350 & F-450 are popular for their hauling capabilities. This makes them the go-to for heavy duty jobs.

Still, every vehicle under the sun has problems peculiar to it. Let’s explain the frequent ones for the F-350 and F-450. 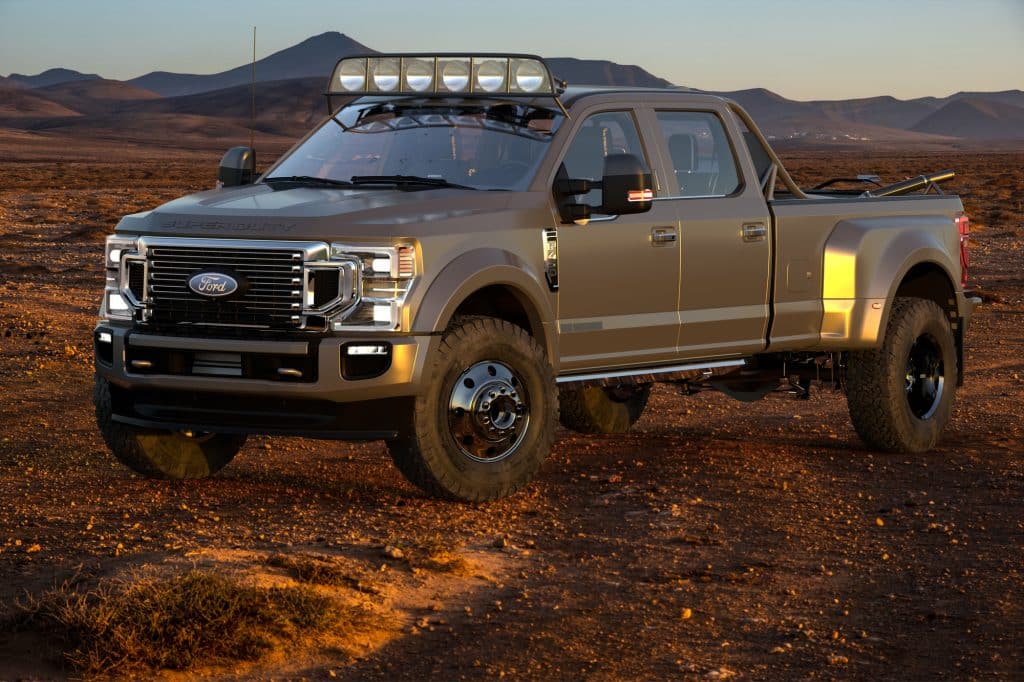 1. The Tachometer Can Fail Because of a Faulty Sensor

The tachometer measures the velocity of the engine shaft in revolutions-per-minute (rpm). This makes it an important component for determining the engine’s overall output.

Other than the obvious monetary cost of dealing with a failed tachometer, it breeds other problems.

Also, drivers won’t be able to tell when the engine’s rpm is too high and needs to be checked.

If the needle moves erratically, it’s usually a sign something is wrong. As soon as you experience this anomaly, call your mechanic and avoid driving for the time being.

It’s a good idea to monitor your tachometer reading when running the car engine. Most times, tachometers in their early stages of malfunctioning would exhibit symptoms. Check your car manual for ways to monitor such readings.

If you notice slight irregularities in readings over time, you have the advantage of fixing the problem early. You may not have to replace any parts. This helps tackle the problem before it escalates to a jumping needle.

A major indicator of a faulty tachometer sensor is an unstable tachometer needle.

Sometimes, drivers complained of the needle going down to zero. This then caused their automatic trannies to shift irregularly. Other times, it simply prevented it from shifting smoothly.

A hard shifting transmission is a further confirmation that the tachometer is faulty. Whatever the case, seek professional help early. Hopefully, it’ll only be a wiring problem and an electrician will easily fix it for you.

2. The Catalytic Converter Can Go Bad

The catalytic converter can malfunction as early as 16,000 miles. However, the average mileage of occurrence, according to RepairPal, is 85,200 miles. It functions as an emission control device that reduces pollution to the environment.

However, a bad catalytic converter is harmful not only to the environment but also to the car’s engine. It causes the engine to be less efficient and reduces its output.

Some drivers even reported that their cars become difficult to restart when they turn their engines off. The problem is more common in the 1990 to 1997 model years.

Other than the environmental repercussion and engine degradation, there’s more. All cars are required to have proper functioning catalytic converters. This means you’re required to replace them and not remove them.

The catalytic converter is bound to become clogged, eventually. We can liken this to how a rag is bound to get dirty after a while of usage.

They advise that most of the time, it’s better to replace it instead. This is because by the time a problem develops, it is usually already too late. Except, of course, you inspect your catalytic converter regularly.

Hence, the first precaution is to inspect it regularly. This will enable you to clean it before it becomes too clogged for use or cleaning.

Excessive oil consumption because of damaged fuel injectors or damaged piston rings may be a sign.

The only available option will be to replace it. The average cost of replacing the catalytic converter ranges from $3,362 to $3,403. Such costs can make some drivers opt for new trucks instead.

3. The Radiator May Leak

This is carcomplaints.com’s most reported problem for the F-450, where it also got an 8.0 severity rating. Sometimes, the plastic leaks and causes the engine to overheat.

The radiator is part of the engine’s cooling system, so it contains the coolant. The engine overheats because the coolant would eventually leak out completely.

This problem may not seem as severe as an oil or gas leak. However, it has the potential to cause just as much damage to the engine as any other type of leak. Severe cases could cause a total engine failure.

It can also cause the spark plugs to blow out.

The leakage typically occurred before the 100,000 mile mark and cost hundreds of dollars to repair.

The best precaution is to always be on the lookout. An overheating car might be a sign of a leaking radiator.

If you have a radiator leak, you may still get it repaired. However, severe conditions would have you spending more money to replace it instead.

Related: 5 Ford Models With Most Recalls (Check Before Buying!)

4. The Engine May Fail

As expected, engine failure is the worst problem reported on carcomplaints.com.

There are many reasons the F-350’s engine may fail. One of these reasons is a leaking radiator.

Drivers complained of the engine failing before 100,000 miles. It’s possible that a leaking radiator, if not handled, quickly leads to a failed engine.

Others stressed that despite regular maintenance, the engine failed regardless. Still, that’s no excuse to neglect engine maintenance. We suggest you take care of your engine the best possible way you can.

While it is not likely you’ll use the wrong type of fuel, we feel the need to point it out. Ensure you’re using the right fuel for your truck.

F-350 and F-450 trucks have different engines with different specifications. That’s why some use gasoline engines while others use diesel engines.

There are multiple reasons the check engine light would come on. Once it does, your mechanic will have to diagnose your car if you can’t find anything wrong with it yourself. The diagnoses can cost anything from $88 to $111.

Your vehicle manual also comes with routine maintenance for your car. This maintenance is healthy for your engine because it also includes intervals at which you should change your engine oil.

If your engine still fails, you’ll spend thousands of dollars to repair or replace its major parts. Again, some drivers usually feel replacing an engine does not differ from buying a new car. Such drivers don’t think it’s worth it.

This problem is notorious for causing the truck’s engine to misfire while driving. The spark plugs forcefully eject from the cylinder heads, possibly damaging them sometimes.

This means ejected spark plugs cause damage not only to themselves. This problem can occur on average within about 150,000 miles.

The cylinder heads would also need to be worked on.

Here are other commonly reported problems of the F-350 and F-450:

The following problems are peculiar to diesel engines:

There’s no doubt the Ford F-350 and F-450 get accolades constantly for their tremendous off-road capabilities.

While these are all impressive, “they can be difficult to precisely control at high speeds. Additionally, lifted models aren’t the easiest to get into and out of for all passengers.”

For the F-350, the resale values for previous model years are given in the table below, according to Caredge.com.

CarEdge further says a Ford F-450 will depreciate 43% after 5 years. So, for the F-450, the resale values for different years are given below.

They calculated the above appraisals based on an average yearly mileage of 12,000 miles.

It is noteworthy that some problems are peculiar to certain model years and avoiding them is the best option. Some problems are more pronounced in the 1990s models. This makes sense since car brands constantly address common issues with their vehicles.

However, it’s best to take precautionary measures against all the listed problems irrespective of the model year you purchase.

How to Clean Your Catalytic Converter | YourMechanic