The Dodge Dart is a range of vehicles that were produced between 1960 to 1976. It became a compact car in 1963 and remained so until its discontinuation in 1976.

Dodge gave new life to the classic Dart nameplate in 2012 when it was reintroduced as a compact car based on some Fiat models.

It was picked up by several thousands of buyers and enjoyed some good reviews until its discontinuation in 2016, owing to poor sales.

This article is a review of the Dodge Dart’s longevity and we trust this to be of help to people who are thinking of buying a used Dart car. Let’s get started. 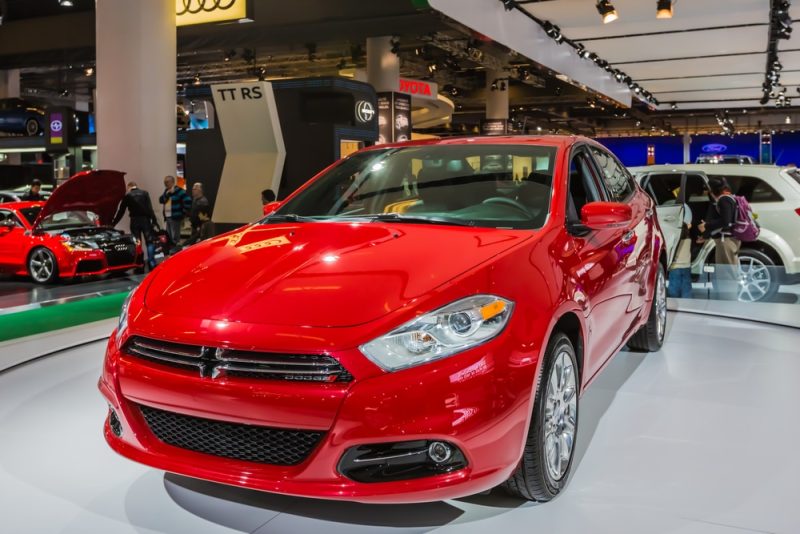 Here’s the Short Answer to How Long the Dodge Darts Lasts:

How Many Miles Can You Expect From a Dodge Dart?

Realistically, you shouldn’t expect more than 160,000 miles from a Dodge Dart. Proper maintenance and consistently gentle driving with a bit of luck may however get you 200,000 miles or more.

Truth is, there are a lot more durable compact cars on the used market than the Dodge Dart. However, if you are very particular about getting a Dart, be sure to get one with low mileage so you can enjoy it as long as you want.

You should also cultivate gentle driving habits and take maintenance seriously and religiously. With all of these in place, your Dart should last for at least 150,000 miles.

How Soon Should You Expect Rust On a Dodge Fart?

The Dodge Dart, like every other car, is susceptible to rust and corrosion, and its resistance to rust withers with time. We didn’t find an exact timeframe as to when to expect rust on a Dart model.

Truth is, rust can appear on your car within a few days of buying and it could also take a couple of years.

It all depends on the environment and how much anti-rust maintenance it gets. Have you seen our article about common Dodge Dart problems yet?

For instance, if you drive your Dart on roads with salt, the chances of it gathering some rust goes up by a lot. Thankfully, there are steps you can take to keep your Dart rust-free for long. Below are some of them:

Washing your Dart regularly can help preserve and protect your car from salt-induced corrosion and rust. This is particularly important for people who drive on salty roads or those who live around beaches.

Park in a Garage

If you can, always park your Dodge Dart in a garage to protect it from inclement weather, incidental stone(object) throws, bird droppings, and what have you.

Experts recommend waxing your car at least twice every year and that also goes for the Dodge Dart as well. Not only does the wax give your car anti-rust coating but it also makes the car glossier and prettier.

Get a Rustproof Treatment

There are rustproofing treatments you can get for your Dodge Darts if you plan to use it for a long long time. Most rustproofing services cost between $120-$150 and if you ask us, it’s worth the cash especially since it’s a used car.

You should also inspect your car from time to time to be sure it hasn’t gathered any rust since the last time you checked.

According to many owners on Dart forums, the most vulnerable spots include the doors (especially the rear), calipers, exhaust, frame rails, and windscreen among others.

How Long Do Dodge Darts Last Compared to Similar Cars?

The Dodge Dart is a compact car that has been discontinued since 2016, which means there are no new models on the market. Let’s see how well it does in the durability department when compared to other compact cars, shall we?

The Honda Civic is a line of compact cars marketed by Honda since 1972. It has sold over 27 million units globally making it one of the most successful cars of all time. It’s also considered one of the very best compact cars to this day.

Honda Civic models have an expected lifetime mileage of about 200,000-300,000 miles when given the proper maintenance. Check out our more detailed article on the Honda Civic’s longevity here.

It is generally more durable than the Dodge Dart as there are many models out there with over 350,000 miles. It’s also more trustworthy and given the fact that it has been in production for over 50 years, it just isn’t a fair battle.

In terms of reliability, RepairPal gives the Civic a 4.5 rating which is also better than the Dart’s 4.0. WithClutch deems the Honda Civic “a very reliable” car while the Dart was deemed “not very reliable”.

The Toyota Corolla debuted in 1966 as a subcompact car after which it became a compact car in 1991. Now in its twelfth generation, it is one of the most sold vehicles of all time with over 50 million units sold.

The average life expectancy for a properly maintained Toyota Corolla is 250,000 to 300,000 miles.  This makes it a whole lot more durable than the Dodge Dart. Matter of fact, there are many Corolla models all over the world with over 400,000 miles on the odometer. Here is our more explicit article about the Toyota Corolla’s longevity.

Additionally, the Toyota Corolla has a repair pal rating of 4.5/5 which is better than the Dart’s 4.0 rating on the same platform. WithClutch gives it a 56.7 rating and declared it a “not very reliable” model.

On the whole, the Dodge Dart has no chance in a durability contest with the Corolla.

The Mazda 3 has been in production since 2003 and is now in its fourth generation. It’s considered one of the best compact cars on the market currently.

Mazda 3 models have an expected life expectancy of 200,000-300,000 miles according to Vehicle History. While its durability hasn’t been widely tested like the Civic and the Corolla, it is believed to be more durable than the Dodge Dart.

How Reliable Is a Dodge Dart?

As we have mentioned earlier, the Dodge Dart has been deemed “not very reliable” by WithClutch. Most of its models have average reliability ratings and it is ranked 28th on RepairPal’s list of top 36 compact cars.

The average annual repair cost for the Dodge Dart is $597 according to RepairPal, which is average.

RepairPal also declares the severity of repairs as average while also stating that major problems are less frequent than average. Those are about the only good things the Dodge Darts has going for it, in terms of reliability.

The Best and Worst Years for Dodge Dart

The Dodge Dart was reawakened briefly between 2012 and 2016, during which time the 2013-2016 model years were marketed.  As with every other car, there were some good model years and some were just egregious.

The 2013 Dart has no less than 418 reported problems on Car Complaints, making it the worst Dart model by far. Its worst issues include severe transmission problems, weak suspension, and engine issues.

The 2015 Dodge Dart is third on the list of the worst Dart models with 92 reported problems on Car Complaints. Its worst problem is an engine issue which causes it to stall/die while driving. The average mileage for this problem is 38,000 miles.

The 2016 Dodge Dart is the best Dart model with only 38 reported issues on Car Complaints. To put that in perspective, that’s less than half of the 2015 model’s total and less than 1/10 of the 2013 model’s tally.

Below are the total number of recalls for the 2013 to 2016 models of the Dodge Dart:

Are Dodge Darts Expensive to Maintain?

According to RepairPal, the average total annual cost for repairs and maintenance on a Dodge Dart is $597. This means it is a lot cheaper to maintain than the average vehicle ($652). It however costs more than the average compact car($526).

Dodge Dart brake pads generally last between 30,000 and 70,000 miles depending on your driving habits.

Some owners also reported using their original brakes for up to 100,000 miles. Since we are dealing with used models here, you might have to change the brakes more often.

Most Dart tires last between 60,000-75,000 miles or about four to six years. The tires can last slightly longer than these estimates if rotated frequently and maintained properly. Experts usually advise swapping out tires every six years at most.

How Long Does the Transmission Last?

Most quality transmission systems can last up to 200,000 miles. However, the Dodge Dart- notoriously suffered transmission problems for most of its existence with the issues showing up as early as 25,000 miles.

The spark plugs on a typical Dodge Dart last for about 30,000 to 40,000 miles. Although we found an owner on a Dart form who claims to have had 70,000 miles on his and is still in good condition.

What About Insurance Costs?

According to InsuraViz, insurance for Dodge Darts averages about $1,640 per year or $137 per month. It costs $284 more than the yearly insurance for the average compact car and ranks 35th out of 37 compact cars.

Insurance costs are cheaper for older Dart models like the 2013 and 2014 models. We must also mention that costs vary depending on location, insurer’s rates, and trim level among other factors.

Tips to Prolong the Life Of Your Dodge Dart

From all that we have discussed so far, it’s apparent that the Dodge Dart is an average car in terms of reliability. Below are some tips that can help prolong the life of your Dodge Dart: