The Honda Civic is everything a compact car should be—practical, fuel efficient, and comfortable to drive.

Is it durable as well? Let’s find out in this article where we discuss the longevity of the Honda Civic. 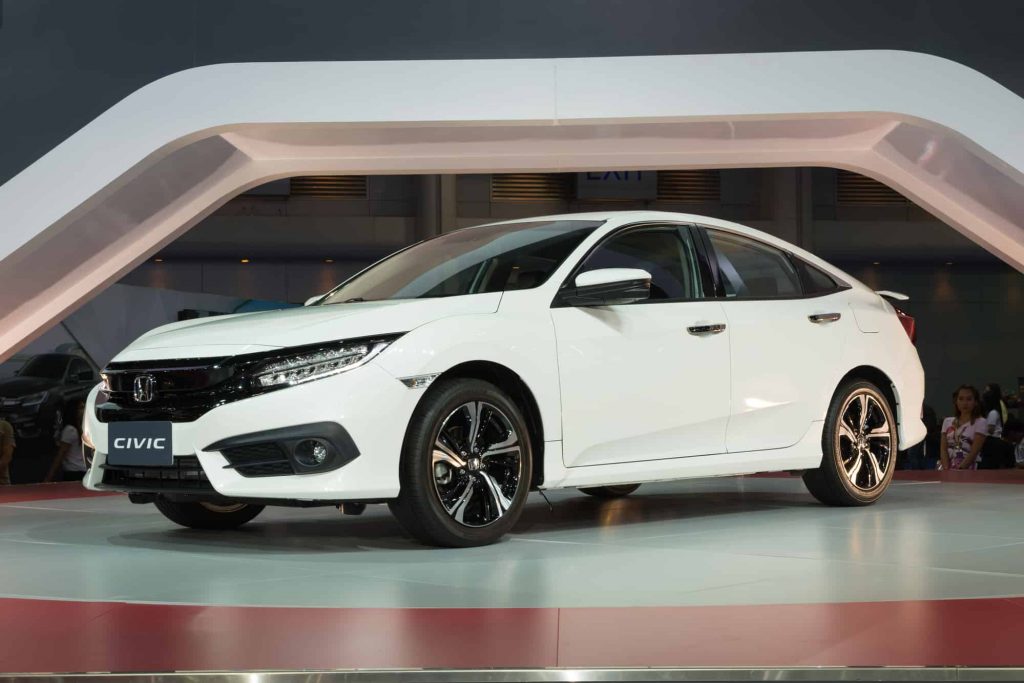 How long do Honda Civics last? The Honda Civic is a durable vehicle that can last for about 20 years, with responsible use and maintenance. This means you can get around 200,000 to 300,000 miles of service from your Honda Civic before it breaks down completely.

How Many Miles Can You Expect from a Honda Civic?

Honda Civics are popular for one reason: they last long.

Regardless of how much daily abuse it takes, the average Honda Civic will hold up well. As such, it is common to see many high-mileage Civics still in top condition.

Based on reports of owners, you can expect your Honda Civic to deliver up to 300,000 miles of service, or more. Even though 300k miles sounds impossible, but with the reliability of the Civic, it’s easier than you think.

All you have to do is service your car regularly and it will stay in a good state.

Also, proper use is key to getting your Honda Civic past the 300,000-mile milestone.

If you drive your car aggressively, your car will probably have a shorter lifespan. You may get thrills from pushing your car to the extreme, but it will lead to the disappointment of a shortened lifespan.

How Soon Should You Expect Rust on A Honda Civic?

According to owners of the Honda Civic, rust often appears on the model after one to three years.

As we found out, living near the coast or living in the Rust Belt put your Civic at a higher risk of rust.

Coast-side, your vehicle is exposed to salty sea air that can deposit corrosive particles on your car.

In the Rust Belt, city officials pour salt and other snow-breaking chemicals on the road. These salts and chemicals are highly corrosive and inevitably lead to rust on vehicles, including the Honda Civic.

One recurrent rust-related complaints we found for Honda Civics is rusting along the joint between the rear bumper and rear quarter panels on both sides.

On most vehicles, the rear wheel wells feature solid plastic lining that covers the entire component.

But the older Civics didn’t have this; they had a half-lining instead. This left one part of the rear wheel well—the rear part—exposed to road salt and moisture.

Inevitably, corrosion often sets in, accelerating rust on those cars. Other areas that can rust on your Honda Civics include the exhaust system.

Particularly, if you live in the Rust Belt, this may affect your car. The salt on roads in those areas corrodes the underside of cars driven over them.

The issue is so bad that some owners report getting rusted exhausts after just one year of ownership.

Typically, some anti-rust protection will do a great deal to prevent rust-outs on your Honda Civic, especially if you live in the Rust Belt.

You may also want to avoid older Honda Civic models, as they face more rust issues than newer ones.

Make sure to also read our article about driving the Honda Civic in snow and winter.

We know the Honda Civic can last a long time, if maintained regularly. However, let’s compare its longevity to that of rivals in the compact car segment.

The Honda Civic and Toyota Corolla have been locked in a race for bestselling compact car in the US for years.

This is because both models offer the same features—fuel efficiency, utility, comfort—that appeal to many Americans.

Both models have an average service life of 300,000 miles, which is better than most compact cars.

Maintenance costs are similar on both models; you will spend $362 annually on the Honda Civic and $368 yearly on the Toyota Corolla.

The Corolla and the Civic have similar reliability records as well, placing 1st and 3rd respectively on RepairPal’s compact car reliability rankings.

As there’s really no difference between both models, your choice will depend on what kind of car you want.

If you want a basic sedan that will take you from point A to point B with minimal fuss, the Toyota Corolla is perfect.

For lovers of variety, stylish interiors and performance, the Honda Civic is a better option.

The Hyundai Elantra, although a durable model, has a shorter lifespan compared to the Honda Civic.

You will get about 250,000 miles from the Hyundai Elantra, with frequent servicing.

Proper maintenance will net you, at least, 300,000 miles on your Honda Civic. This translates to a difference of about 3 years in lifespan of both models.

If you want a car that will last, we would advise picking the Honda Civic over the Ford Focus.

Moreover, the Honda Civic has a better reliability record and the more reasonable servicing expenses of the two models.

RepairPal ranks it the 3rd most reliable compact car and estimates that you will spend (averagely) $368 on maintenance annually.

In contrast, the Ford Focus is a distant 27th in the compact car reliability rankings and comes with a $569 yearly service bill.

In terms of longevity, the Honda Civic clearly wins out against the Chevrolet Cruze.

The Honda Civic also has better reliability compared with the Chevy Cruze, earning a 4.5 for reliability against the latter’s 4.0 score.

Moreover, the Civic will go easier on your wallet than the Cruze: it costs about $84 lesser to maintain yearly.

Please also read our article on how long the Chevrolet Cruze lasts.

How Reliable Is a Honda Civic?

Based on anecdotal evidence and research data, we can say the Honda Civic is a reliable vehicle.

It is common to see owners of high-mileage Honda Civics putting along with their vehicles without issues. Meet any of them and they’ll swear by the reliability of the Civic models.

RepairPal, in its compact car reliability rankings, rates the Honda Civic 3rd most reliable compact car. This feat becomes even more impressive when you realize that there are over 36 models in the compact car segment.

The Best and Worst Years for Honda Civic

According to Car Complaints, the worst year for the Honda Civic models is the 2001 model year. The biggest problem on the 2001 Honda Civic was a faulty transmission.

Some issues reported include:

The best model year for the Honda Civic is the 2019 model year. This model received few complaints, proving its reliability.

We would advise buying a 2019 Honda Civic or other model years with minimal problems if you ever want to join the ranks of Civic owners.

Below are recalls for the Honda Civic models, ranked in descending order:

Note: The Honda Civic has faced 73 recalls since it started production.

Below are model years for the Honda Civic since 1999:

Also check our article on how long Toyota Corollas last.

Are Honda Civic Expensive to Maintain?

Based on estimates we found, the Honda Civic turns out to be a rather cheap model to maintain.

You will spend an average of $368 in maintenance fees for the Honda every year.

This is among the lowest of any model in the compact car segment and much lower than the segment average ($526).

Subject to maintenance and pattern of use, the tires on the Honda Civic will last between 30,000 and 60,000 miles.

Owners say the transmission on a Honda Civic can last for 120,000 to 180,000 miles or more, with routine maintenance.

From our research, the 100,000-mile mark is a good time to replace the spark plugs on a Honda Civic.

Tips to Prolong the Life of Your Honda Civic

Here are ways to improve the longevity of your Honda Civic: