The Ninja 650 and Ninja 1000 are both models from Kawasaki’s popular Ninja lineup.

The Ninja 1000 is a ‘sport tourer’ that offers sportbike-esque performance yet is comfortable for long-distance rides. The Ninja 650 is a versatile middleweight motorcycle that can handle everyday commuting and the occasional canyon-carving run.

Both bikes are excellent options, but they have some flaws, which we’ll outline in this article.

Here are the most common problems associated with the Ninja 650 and Ninja 100: 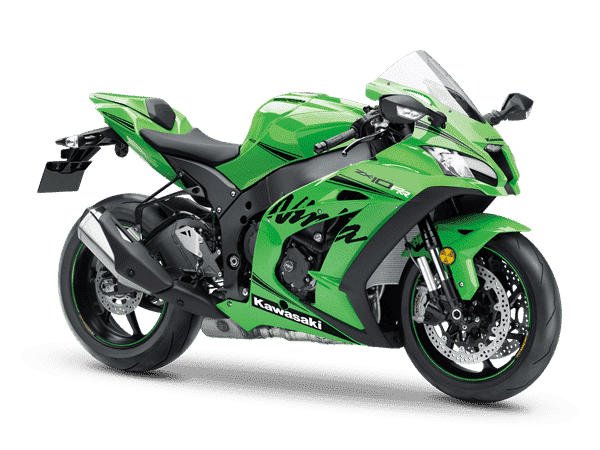 The following are common problems owners experience with the Kawasaki 650:

According to them, the issue occurs mostly at high RPMs (4000 RPMs – 8000 RPMs). While it doesn’t pose much of a threat to safety, one could find riding such a machine an uncomfortable experience.

Per multiple diagnoses, the problem is because of the fairing rattling while the bike is moving. This problem is widespread among Ninja 650 owners.

Kawasaki once issued a recall for the bikes affected at one time, hoping to fix the problem. What they did was to remove the fairing and place foam pads in strategic places to reduce the vibration.

From the continued complaints, it’s obvious this “fix” didn’t solve the problem completely.

While there is a dearth of confirmed fixes for this problem, here are some suggested DIY solutions:

2. Repeated Cases of Backfiring and Surging

Engine backfiring is a fairly common issue on many Kawasaki Ninja bikes.

Many owners have reported experiences with the problem.

Backfiring usually occurs when something is wrong with the engine’s air-fuel mixture. Either the bike is running too lean (excess air) or too rich (excess fuel).

Ninja 650 owners report cases of their bike stalling because of an engine backfire. Surging is a different problem. Typically, your bike’s speed should only decrease or increase when you change gears.

However, Ninja 650 owners report that their bike’s speed fluctuates (“surges”) even when they keep the speed steady.

Apart from the jerking motion, you may see the tachometer showing different RPMs.

A malfunctioning intake system could also be responsible for the erratic engine performance.

The transmission is among the most important components of a bike.

Per reports from Ninja 650 owners, the transmission on this motorcycle is prone to several issues. Hence, riders tend to experience problems with the gear-shift process.

Other times, the tranny literally “drops” out of gear. In such cases, the transmission cannot engage when you switch gears, akin to the bike hitting a ‘false neutral’.

A bike dropping out of gear will lose speed rapidly and puts you at significant risk.

As said earlier, this problem is usually the result of a malfunctioning transmission. Worn clutch plates can also be responsible, especially for the slipping transmission.

Still, we’d advise that you have your motorcycle looked over by a trained technician. That way, you’d be able to get an accurate diagnosis of the issue.

The following are widespread issues with the Kawasaki Ninja 1000:

Electrical problems can affect how a bike runs.

Some Ninja 1000 owners have not had it lucky with the electrical systems on their bikes.

From their complaints, it’s obvious that the Ninja 1000 is plagued with electrical issues of its own.

Many Ninja 1000 owners say they experience oil leaks on their bikes. This problem is most common with the 2016 model year bikes and is likely caused by a faulty oil/water pump seal.

When the seal is broken, oil leaks and passes through the weep hole (near the pump) and onto the floor. You may discover that the oil leak is coming from the left side of the bike.

The reason for this is that your bike leans to the left on its side-stand.

As such, the oil from the weep hole runs down and spills on the left side of the motorcycle.

Typically, when you press the clutch lever, the clutch should disengage, allowing you to change gears.

If the clutch delays before it disengage, then you have a sticky clutch problem on your hands. This problem is likely to affect your Ninja 1000 bike if your clutch plates aren’t getting enough lubrication.

Hence, check if the oil is worn or burned.

We advise checking the clutch plates to see if they are getting lubrication at all. This is because many owners traced the issue to dry clutches.

Other causes of this problem include worn/bent clutch plates. The clutch plates may need replacement. This would explain the hard shifts that often come with the sticky clutch issue.

Some mechanics have also suggested that using an aftermarket clutch lever can cause this problem.

If that’s the case, replacing the aftermarket clutch lever with an OEM variant should solve the issue.

Per complaints from customers, the Ninja 1000 seems to have a tendency to stall.

However, the details of this problem vary across different individuals. Some report that the bike stalls mostly when it is idling, such as during pre-ride warm-up.

On the other hand, some say the stalling occurs when the engine reaches a certain temperature.

Here are some possible causes for this problem:

1. Suitable for Use in Hot Weather

Riding bikes in summer can be an uncomfortable experience.

The engine’s temperature will rise and the hot air that comes out from it will make your riding less-than-comfortable.

Luckily, the Ninja 650 comes with the Kawasaki Air Management System (KAMS). This feature helps redirect hot engine air to the ground, and away from the rider.

With this technology, you can ride in comfort even in the hottest summer.

2. Beginners Can Ride With Ease

However, what separates the motorcycle from its bigger Kawasaki cousins is its street-focused ergonomics and control, which makes it easy to ride for beginners.

The following are merits of the Ninja 1000

Thanks to its sportbike spirit and speed-minded technology, it offers enough performance for canyon-carving runs. Still, it features improved rider ergonomics that make it suitable for long-distance touring.

All these combine to make the Ninja 1000 a versatile bike.

“Kawasaki has improved Ninja 1000 on several fronts to make this a very accomplished sport-tourer…The neat luggage system and factory accessories such as grip warmers and 12V on the dash make it even more capable of comfortable sporty touring.”

“If you’re after a fun, light, versatile middleweight sport machine, the Ninja 650 should be on your shortlist…The Ninja 650 kicks it up a notch with a TFT display and other updates that please our visual sense, while still satisfying our performance needs in the class.”