Kawasaki makes some of the best sportbikes on the market.

One of its popular nameplates is the Ninja, which has spawned a series of entry-level bikes: The Ninja 250, Ninja 300, and Ninja 400. Many people, especially beginner riders, love these bikes as they are cheap and easier to ride compared to the bigger sportbikes.

However, every bike has a flaw or two, and so do these Ninja models. In this article, we will review some recurrent issues experienced by owners of the Ninja 250, 300, and 400 models.

Based on research, these are the most common problems associated with the Ninja 250, 300, and 400 models: 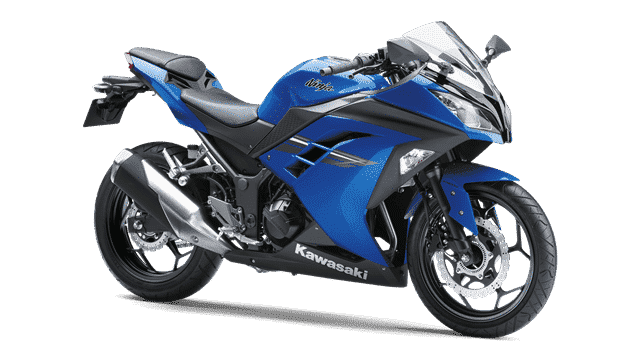 Most owners report that their bikes run rough on occasions.

According to them, this problem often takes the form of high idling (excessively high RPMs/shaking while idling).

Alternatively, the engine may perform erratically and cause the bike to shake or lurch while accelerating.

In more severe cases, the bike may stall permanently.

Here are some possible causes of this:

Some owners traced the problems to faulty fuel-system components such as air filters, fuel lines, and fuel supply valve.

If these parts are faulty, they may affect the flow of fuel in the bike and cause it to run rough.

Leaks in the vacuum lines or intake manifolds can cause the bike to run rough.

Both will increase the air in the engine, causing it to run lean. This can severely affect motorcycle performance.

To know if a leak is behind the running problems, spray WD40 around the vacuum lines and intake manifolds.

If you detect a jump in the engine’s RPM, then it’s likely you have a leak.

In most cases, mechanics trace the poor engine performance on Ninja 250s to faulty carburetors.

If the bike is left unused for extended periods, deposits build up. Such residue clogs internal valves, jets, and lines in the carburetor, and affect fuel flow.

This will later affect the engine’s operation and lead to running issues.

This is a widespread problem on the Kawasaki Ninja 250s, judging from the number of complaints about it.

According to riders, the bike seems to emit a rattling noise while in motion. This problem occurs mostly at high RPMs (between 8000 to 9000 RPMs).

Most diagnoses reveal the clutch lever to be the commonest cause of the issue. Luckily, there are many DIY fixes for this problem, mostly from other Ninja 250 owners.

You can easily Google “Ninja 250 clutch lever noise” to see potential solutions to this issue. Or you could have a technician look at the bike.

The Ninja 300 replaced the Ninja 250 model, and unlike the latter, it used fuel injection instead of carburetors.

While this definitely improved performance, it led to abnormal engine stalling on some models. According to some complaints, the bike stops running when the rider reduces throttle input i.e., slows down.

Kawasaki came out later to admit the problem was due to a faulty ECU, and they issued a recall for the bikes affected.

This is a common problem affecting Kawasaki Ninja 300s, particularly those released for the 2013 model year.

If you are buying a used Ninja 300, you may want to inquire about this issue.

Per reports, the problem results from foreign particles getting trapped in the ABS inlet or outlet valve. This can lead to the failure of the anti-lock brakes, which puts the rider at risk of a collision or crash.

Kawasaki issued a recall for bikes affected by the problem. Before you buy any Ninja 300, ask if it has had ABS issues and if the unit has been replaced.

According to owners, the outer brake pads on the Ninja 300s wear out rapidly compared to the inner pads.

While it is normal for brake pads to wear out, it isn’t normal to have a set wearing out faster than the other.

From Kawasaki’s official report, the following causes the problem:

As with other problems, Kawasaki issued a recall for bikes affected.

However, this issue may still crop up on newer models.

While the Ninja 400 is a good bike, it is marred by widespread issues with the transmission.

In most cases, riders report that they can’t shift the gears on their bikes because of one problem or the other. The details of the shifting problem vary among individual owners.

Here are some issues reported:

Riders report that they find it difficult to shift between gears on the Ninja 400.

According to them, the transmission becomes stuck, and efforts to accelerate or decelerate yield no results.

A false neutral occurs when a rider switches gears, and the transmission does not engage the gears properly.

In such cases, the bike acts as if it’s in Neutral, instead of shifting into the selected gear. This causes the bike to lose speed abruptly and may lead to crashes.

Owners of the Ninja 400 report that the problem occurs mostly when they shift between higher gears e.g., fourth, fifth, and sixth gears.

For some Ninja 400 owners, transmission problems on their bikes take the form of erratic shifting.

A rider will attempt to shift from 5th gear to 6th gear, only for the transmission to pop back into 5th gear.

While this doesn’t affect performance significantly, it can be an annoying experience for riders.

This is one of the most prevalent problems facing Ninja 400 owners.

From complaints online, it seems the clutch on the Ninja 400s slips. This problem is caused by a defect in the bike’s design, which forces the clutch plates to wear out.

Some issues owners have associated with the slipping clutch problem include:

No one wants his/her bike to overheat while riding.

Apart from making the ride uncomfortable, it can lead to larger problems within the engine. Some Kawasaki owners complain that engine temperatures on their bikes rise to dangerous levels.

It is worthy to note that most owners reporting this problem live in typically high-humidity regions e.g., Texas. So it could be a case of the weather affecting engine temperatures.

However, some owners living in low-humidity regions have also reported the problem.

In such cases, maybe the radiator fan is faulty.

Thanks to their low sticker price and improved ergonomics, these bikes are a good choice for anyone looking for affording city-friendly sportbikes.

Moreover, the reliability of the Ninja 250/300/400 means they make for practical means of transportation.

These bikes come with sensible power output, which is why they are described as “beginner bikes.”

Unlike the other roaring sportbikes Kawasaki makes, the Ninja 250/300/400 offers fewer horsepower and torque, reflecting its status as an entry-level bike. However, this doesn’t mean they are slouches, either.

In fact, many owners take their bikes for track meets.

This reduced weight makes it easier for novice riders to control these bikes.

It also helps build confidence, as riding a bigger bike could often mean higher chances of dropping the machine while riding.

The following are some disadvantages to these bikes:

“Even with all its sporting potential, the Ninja 400 is a great all-round street bike, equally suited to prowling city streets or cruising the highway.”

“As well as its larger and more powerful motor it [the Ninja 300] has got a stiffer frame, plus new suspension, wheels, and clocks, pegs, and sharper bodywork. It’s a high-revving, hardworking mini-Ninja with huge appeal for those who dream of ragging the living the wotsits out a ZX-6R or ZX-10R.”

“The Kawasaki Ninja 250R is a lithesome agile bike that makes most of the narrow tires, high-is bars, and minimalist 154 dry weight figures. It all adds up to make the town work and B-road rides a hoot -think slightly more powerful 125cc sports learner motorcycle, and you’ll be spot on.”

Note: These prices may vary depending on factors such as mileage, region, demand, etc.