Nissan Versa is a subcompact line of vehicles of the Nissan brand. The production of the Versa started in 2006 and three generations of the car have been manufactured since then (2006 to 2020).

The Nissan Versa is well known for its affordability amongst other car models which brings a lot of questions about its reliability.

In this article, we will discuss all you need to know about the longevity of the Versa. 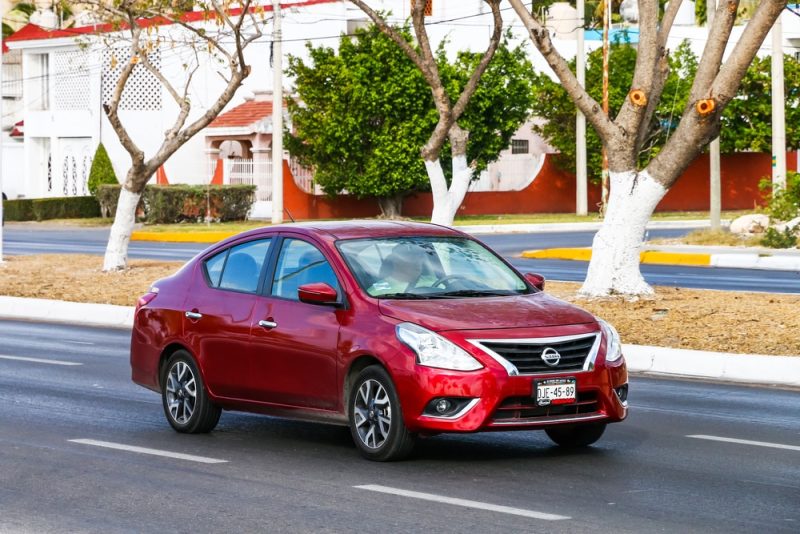 Here is the short answer to how long the Nissan Versa lasts:

You can expect a Nissan Versa to last 200,000 miles. If you drive up to 15,000 miles per year, then the Versa should last about 13 years. However, you will need to be diligent with maintenance and use it fairly to achieve this mileage.

How Many Miles Can You Expect from a Nissan Versa?

The Nissan Versa can provide up to 200,000 miles of headache-free performance. With good maintenance, the Nissan can still go above the 200,000 mark and this is clear in many customer reviews.

An owner in his review of the 2012 Nissan Versa reported the vehicle served him for about 227,000 miles in 5 years and is still going strong despite its age.

The Versa, besides its affordability, has good longevity as well.

How Soon Should You Expect Rust on a Nissan Versa?

In 2015, Nissan announced a voluntary recall of 218,000 Nissan Versas from the 2007 to 2012 models because of rust issues. The National Highway Traffic Safety Administration noted the cars suffered from corrosion problems that stand as a threat to their tires.

Based on reports from owners, the Versa can last for about 2 years before rust appears on its components.

Comparing the Versa with similar subcompact cars, these 3 factors will be considered;

Based on miles covered, the Nissan Versa share the same longevity with the Ford Fiesta. Both can reach and exceed 200k miles with proper care and maintenance.

In terms of reliability, both have a 4.0 out of 5.0 RepairPal rating. But, in a ranking of subcompact cars, the Nissan Versa ranks 9th position while Ford Fiesta is 13th out of 21 positions.

Nissan Versa is cheaper to maintain with a $96 difference. The Ford Fiesta costs an average of $552 to maintain annually while the Versa costs $456.

Considering reliability, they are both level with a 4.0 RepairPal rating, but the Rio is above the Versa in the subcompact cars ranks.

The Rio is in the 3rd position while the Versa is at the 9th position of the 21 positions for all subcompact cars.

How Reliable Is a Nissan Versa?

It ranked the Versa at 9th position out of the 21 positions for all subcompact cars. This was due to the low severity of its repair and its 0.4 average visit to the repair shop in a year.

J.D. Power scored the Nissan Versa 82% for reliability. It is ranked number 5 in the top 10 consumers rated subcompact cars.

The Best and Worst Years for Nissan Versa

The Nissan Versa is a car that has been distinguished because of its affordability, but it comes with its own issues and factory faults.

On CarComplaint, the 2012 Versa has about 708 complaints and 145 problems after its release, making it the worst year for the vehicle.

Transmission issues were the problem that was rampant and this made the 2012 model had the highest number of recalls of 10.

These issues are what Nissan worked on and rectified in the subsequent Versa models and the 2019 model seemed to have corrected many of these issues. This makes it the best model year of the Nissan Versa.

The Versa has been recalled 22 times in its 13 years lifespan, with the 2012 model year suffering the most recall.

Most of the recalls were due to faults in the Passenger Air Bag Inflator.

Below is the list of all recalls for the Nissan Versa:

Here is a list of the Nissan Versa model years:

Are Nissan Versas Expensive to Maintain?

With an annual maintenance cost of $456, we consider the Versa a cheap vehicle to maintain.

It falls below the $652 average maintenance cost for all vehicle models and equals the $456 mean maintenance expenses for all subcompact cars.

However, it has an annual unscheduled visit of 0.4 times a year compared to the 0.3 average for all subcompact cars.

According to RepairPal polls, it has a low repair severity percentage of 10%. This is lower than the average of 11% for all subcompact cars and 12% for all vehicle models.

We list some of the common repairs on the Nissan Versa and their corresponding cost range below:

How long the break lasts depends majorly on the driving habits of the driver.

Driving in stop-and-go traffic or roads with potholes and bumps can increase the use of brakes and reduce their lifespan.

Nissan Versa tires can last up to 50,000 to 60,000 miles, which is equivalent to three or four years in good conditions.

If subjected to extreme conditions, the tires may not last over 10,000 miles (1 year on average) for the driver.

The longevity of the transmission depends on how well it is being maintained.

The spark plug can last for as long as 40,000 miles before it becomes due for replacement. When the spark plug wears out, it causes ignition problems and engine misfiring.

A replacement with a platinum-tipped spark plug, which is of higher cost, may reduce the need of often replacement.

According to smartfinancial.com, the average insurance cost of the Nissan Versa is $1,560 with the cheapest of this being $741 for the 2021 Versa.

Also, the cost depends on the model of the Versa and the age group of the owner.

Tips to Prolong the Life of Your Nissan Versa

Below are some of the essential maintenance tips to prolong the life of your Nissan Versa;