One of the best subcompacts you can buy, the Toyota Yaris is the quintessential city car.

It is small enough to navigate tight city streets and offers great mileage that will appeal to budget-conscious urbanites.

Moreover, it is affordable and handles well on drives.

How long Does Toyota Yaris Last?

The Toyota Yaris can last roughly up to 300,000 miles. Based on an annual average of 15,000 miles, you can drive your Toyota Yaris for up to 20 years. Even if you drive above-average, you can still get 15 years from your Yaris vehicle. 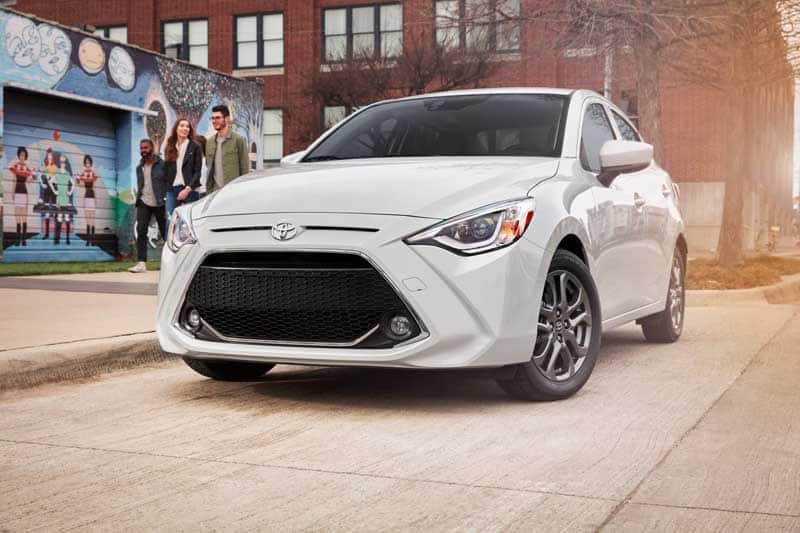 How Many Miles Can You Expect from a Toyota Yaris?

Despite its size, the Yaris is a durable vehicle.

If you maintain it properly, you should have no trouble reaching 300,000 miles with a Toyota Yaris.

In fact, with luck and religious adherence to servicing schedule, your Yaris will go higher than 300,000 miles.

There are many examples of high-mileage Toyota Yaris that confirm the car’s impressive durability.

Regular maintenance and relaxed driving manners are key to making your vehicle lasts as long as possible.

How Soon Should You Expect Rust on a Toyota Yaris?

Having reviewed various rust-related complaints from Yaris owners, we advise watching out for rust in the first five years.

Left unattended, rust can spread quickly and ruin your car’s look and weaken components as well.

Some owners have reported that the underbody shield on the Yaris models is susceptible to corrosion.

According to them, the bolts holding the sub-frame often rust, causing the sub-frame to come loose. In most situations, this leads to a clunking or banging noise when the driver is decelerating.

Other parts prone to rust on the Toyota Yaris models include the rear fenders, rear wheel wells, and rear control arms.

Also, the underside of the driver seat may rust; an owner said he noticed rust there on his month-old Toyota Yaris.

The best protection against rust is to rustproof it properly.

In particular, rustproofing can slow down rust, especially if you live in the “Rust Belt” in the U.S.

The Toyota Yaris is a durable vehicle and can last an insane amount of miles.

How does it fare against the competition in terms of longevity?

Find out as we compare the lifespan of the Toyota Yaris to rival models:

The Yaris and the Fit are products of two manufacturers synonymous with reliability: Toyota and Honda.

As such, it is no wonder that they last about the same time. Like the Toyota Yaris, the Honda Fit can get up to 300,000 miles.

Moreover, they have similar annual maintenance costs. Per RepairPal data, the Toyota Yaris has a $333 servicing bill, while the Honda Fit costs $390 to maintain.

Both have the same 4.5 Reliability Rating.

The Kia Rio is a magnificent car and is durable.

The Toyota Yaris will last you longer than the Ford Fiesta.

From our research, the longest problem-free service life you can get on the Ford Fiesta is 150,000 miles.

By comparison, you can get up to 300,000 miles of service from the Toyota Yaris.

Once again, the Toyota Yaris demonstrates its unmatched durability.

While Yaris models can last up to 300k miles, the highest mileage we found for Hyundai Accent was around 200,000 miles.

The difference (100,000 miles) means you can get up to six additional years on the Toyota Yaris.

How Reliable Is a Toyota Yaris?

Given Toyota’s reputation for reliability, it is hardly shocking that the Yaris is extremely reliable and durable.

Even with its small size, the Yaris can withstand years of abuse and still run without troubles.

Many owners have attested to the reliability of the Toyota Yaris, describing it as a “car built to last.”

The Toyota Yaris receives high marks from both J.D. Power and RepairPal for reliability. It was the third “most dependable small car” on J.D. Power’s 2020 Vehicle Dependability Study.

Additionally, RepairPal gives the Yaris a 4.5 Reliability Rating and ranks it as the most reliable subcompact vehicle.

The Best and Worst Years for Toyota Yaris

No matter how well engineered a model is, it will face problems.

While most of the Yaris model years have few problems listed for them, some years are plagued with multiple problems.

According to Car Complaints, the worst model years for the Toyota Yaris are the 2007 and 2008 models.

Some problems reported for these models include:

This is a common problem across the two model years.

Reportedly, the paint and/or the clear coat on the models are prone to peeling with continuous use.

The peeling often starts mildly—say at the roof—and spreads rapidly to other parts, including the bumper, hood, rear quarter, etc.

In most situations, there is no way to stop the peeling, and a repaint is the likeliest solution.

However, repainting can be expensive; both 2007 and 2008 model year owners spent around $1,550 to fix the paint-peeling problem.

2. Engine Shuts Down at Idle:

This is most common with the 2008 model year Yaris.

Per reports, the engine dies while the car is idling, especially at stops or when stuck in stop-and-go traffic.

This mostly affects the 2007 Toyota Yaris.

According to user complaints, the “check engine” light flickers incessantly.

Typically, the light comes on when there is a problem with the engine, such as low oil pressure.

However, owners say the light still displays even when the engine is running fine.

Data from Car Complaints also show that 2016, 2018, and 2019 model years are the best variants of the Yaris in recent times.

These model years rarely have any problems, and users don’t have to spend their hard-earned cash to rectify premature problems.

The Toyota Yaris has been involved in 18 recalls since it entered production.

Below, we have ranked each model year by the number of recalls for it:

Here are the model years of the Toyota Yaris:

Is Toyota Yaris Expensive to Maintain?

At $333, the Toyota Yaris is arguably the cheapest subcompact car to maintain.

More important, only 6% of problems on the Toyota Yaris turn out to be severe (the average is 11%). This is important because such problems are expensive to fix.

In fact, RepairPal estimates that a severe problem will cost two to three times the average.

Below is a list of common repairs on the Toyota Yaris and their respective costs:

Under normal driving conditions, your brakes (pads and rotors) can last up to 70,000 miles.

Frequent stop-and-go driving will cause the brakes to wear faster. Hard braking will also cause increased brake wear.

Per market data, you will spend between $246 to $269 to replace the brake pads of your Toyota Yaris.

Your Toyota Yaris tires should last up to 60,000 miles.

However, an aggressive riding style will make it wear faster.

Regular rotations will help prolong the life of your tires.

From owner reports, the transmission can last up to 100,000 miles if maintained properly.

Tips to Prolong the Life of Your Toyota Yaris

Here are some strategies for increasing the lifespan of your Toyota Yaris vehicle:

Eventually, the worn parts will fail, causing the car to break down.

Your service manual specifies certain maintenance activities for your car.

Conduct these activities as recommended, and your car will stay trouble-free for long.

Get Your Car Properly Serviced:

Do maintenance and repairs at reputable outlets.

Quack technicians will only damage your car further.