GMC, previously known as General Motors Trucks, is a division of General Motors, an automobile corporation in the United States. The division primarily focuses on trucks and other such hefty vehicles.

Currently in its lineup are SUVs, trucks, light-duty trucks, and vans, all of which are targeted towards a specific market. While Chevrolet and GMC are often regarded as twins, GMC is touted as the more premium option.

According to data from AFRC.org, GMC has recalled its vehicles 1,646 times since 1969. With this figure, it racks up 4.6% of all NHTSA recalls, which places it at #7 on the list of most recalls by automakers.

Let’s check out the GMC models that make up the chunk of the total recall figure. 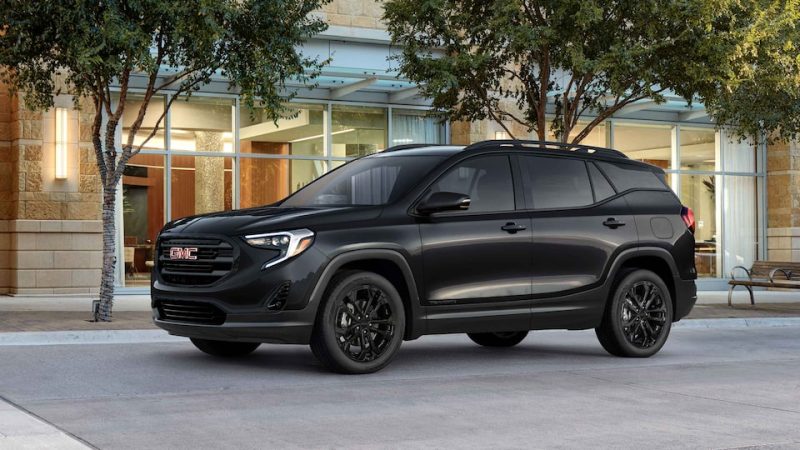 The GMC Savana is a full-size van manufactured and marketed by General Motors since the 1996 model year. It is very much identical with the Chevrolet Express except for the name, of course, and the fact that the latter sells significantly more.

With 112 recalls according to the NHTSA, the GMC Savana is the most-recalled GMC model in history. It also has taken up 6.8% of all GMC recalls since 1969.

The 2013 GMC Savana has had the most recalls of any Savana model, with 12 so far. This certainly places it among the most problematic Savana models.

The 1997, 1998, and 1999 models of the GMC Savana have been recalled just once, making them the least-recalled and perhaps the most desirable Savana models.

Below are common issues that have triggered GMC Savana recalls over the years:

The GMC Sierra is a range of trucks twinned with the more popular Chevrolet Silverado. They include the Sierra 1500, Sierra 2500, and Sierra 3500, all of which are still in production and have won multiple awards over the years.

Despite selling over 4 million units and receiving stellar ratings from critics, the GMC Sierra holds the reputation of being the second most-recalled GMC model. 103 recalls have been issued for the GMC Sierra, which is no less than 6.9% of all GMC Sierra recalls.

Of the 103 recalls, the 2014 GMC Sierra alone has accrued 15 recalls because of the multiplicity of issues over the years. Customers who are interested in a GMC Sierra may want to steer clear of this model year.

We should also mention that the last GMC Sierra model year to receive a recall is the 2016 model year, according to ARFC.org. In other words, no recalls have been issued for 2017 or newer model years of the GMC Sierra.

Below are recall-worthy issues that have plagued GMC Sierra models over the years:

The GMC Yukon is one of the large SUV offerings of General Motors and an elite one at that. Yukon models share the same platform with their Chevy Tahoe counterparts and are known for their potent V8 engines, off-road capabilities, and luxurious interior.

While it has millions of sales and multiple accolades to its credit, the GMC Yukon is also the third-most recalled GMC model, with 102 recalls. While this is not the worst possible figure given its age, certain model years are responsible for the bulk of that figure, as we are about to see.

Data sourced from ARFC.org reveals that the 2015 GMC Sierra is the most-recalled model with 16 recalls on record. It is followed by its immediate successor, the 2016 Sierra, with 11 recalls, making them two of the worst model years in terms of functional issues and recalls.

Below are common issues that have provoked GMC Sierra recalls:

The GMC Sierra 1500 belongs to the GMC Sierra family mentioned earlier alongside the GMC Sierra 2500 and GMC Sierra 3500. It is a light-duty pickup truck known for its tremendous cargo bed volume and excellent, praise-worthy overall performance.

82 recalls have been issued for the GMC Sierra 1500, starting in 1997. This puts it at #4 on the list of most-recalled GMC models while accounting for about 5.0% of all GMC recalls on record.

These models alone account for well over half of all GMC Sierra 1500 recalls, making them the worst model years in that regard.

Below are common issues with the GMC Sierra 1500 models as seen in recall statements:

The GMC Sierra 3500 is a part of the foremost GMC Sierra family. It is a heavy-duty pickup truck with enormous hauling and towing capacity and perhaps the largest and strongest in the Sierra lineup. The 3500 also boasts stellar reviews from critics across the board.

The Sierra 3500 enters the list of most-recalled GMC models at 5th place, thanks to its 59 recalls. This is approximately 3.6% of all GMC recalls on record, according to ARFC.org.

With 9 recalls apiece, the 2015 and 2016 model years are the most-recalled Sierra 3500 models on record. The 2017 Sierra 3500 follows right behind with 8 total recalls. These figures are perhaps reasons enough to stay away from these models.

Below are the most prevalent issues that have necessitated GMC 3500 recalls over the years: