The Dodge Durango came on the market in the 1990s and has been a popular choice for many car enthusiasts ever since.

This vehicle is known for its powerful engine, spacious interior, and sleek design. It is the only SUV left of the brand and the only one of its size to be able to tow up to 7,400 pounds. The vehicle is now on its third generation model.

However, despite these great qualities, there are also a number of common problems that can arise with the Dodge Durango.

Read on for further information about the highs and lows of driving a Dodge Durango.

Before we start, make sure to check our article about how long the Dodge Durango typically lasts. 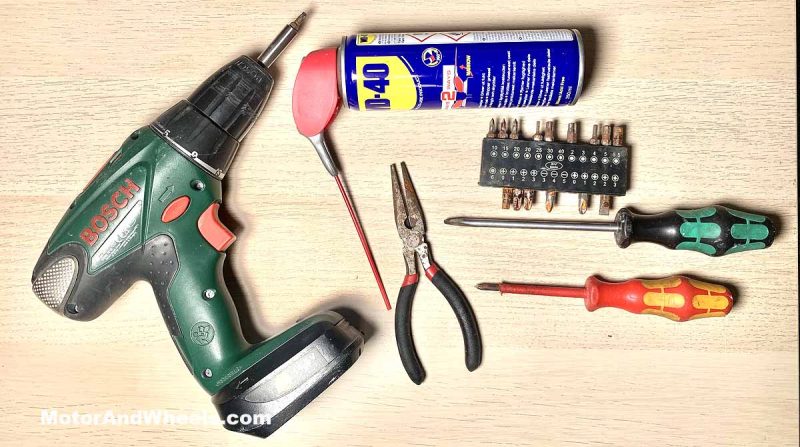 A Dodge Durango will usually come with a 3.6-liter V6 engine that delivers up to 295 horsepower. It will also have a spacious interior that can seat up to seven people, as well as plenty of storage space in the back.

This SUV is also known for its relatively good gas mileage, averaging around 26 miles per gallon on the highway.

It has plenty of room for passengers due to its three-row seating configuration and can tow up to 7,400 pounds.

At one point it was based on the Dakota pickup but later moved to a Jeep Grand Cherokee unibody design.

Problems with the Dodge Durango

There have been several recalls for the Dodge Durango over the years, including one in 2013. Dodge Durango’s are known to have a few common problems. However, many of these can be remedied with regular maintenance and by taking good care of your vehicle.

The first generation of this model had some issues with comfort due to its then mid-size pickup design. Some drivers have reported being uncomfortable in the cramped rear seats and poor legroom.

This problem was fixed when it switched to a Jeep Grand Cherokee platform in 2011, which provided more space in the second and third rows.

One of the most common issues is poor fuel economy. Some owners have reported getting only around 12-15 miles per gallon, which can be frustrating if you do a lot of commuting.

This problem is often caused by the vehicle’s heavyweight and large size, making it less fuel-efficient than other similar SUVs.

You may be able to get around this issue by opting for a smaller engine size or by using the Eco mode if your vehicle is equipped with one.

Another common issue is that Durango’s towing capacity is often overstated. Many owners have reported that their vehicle was unable to tow the advertised 7,400 pounds and instead got only around 5,000 pounds.

This problem is usually caused by several factors, such as the vehicle’s weight and suspension. If you are planning on doing a lot of towing, it is important to test your vehicle’s capabilities before relying on the advertised numbers.

Dodge Durango owners may also experience issues with the suspension, such as uneven wear on the tires or an overall bouncy ride. This can be caused by the suspension being too soft or too stiff, as well as by worn-out shocks or struts.

Check your tire treads and shocks regularly to ensure that they are in good condition and replace them if necessary.

If you’re experiencing these issues, it’s important to take your vehicle to a qualified mechanic for an inspection and repairs.

One of the most common problems is with the vehicle’s transmission. Many owners have reported that their transmission will slip or jerk when shifting gears, which can be a major annoyance (and even a safety hazard).

This problem is often caused by low transmission fluid levels, so it’s important to check your fluids regularly and top them off as needed.

Your Dodge Durango may have engine stalling or misfiring issues. These problems can be caused by a variety of things, such as a dirty air filter, bad spark plugs, or a faulty oxygen sensor.

If you’re experiencing these issues, it’s important to take your vehicle to a qualified mechanic for an inspection and repairs.

Dodge Durango owners may also experience electrical issues, such as problems with the radio, lights, or windows. This can be caused by a variety of things, such as loose wiring, a blown fuse, or a faulty switch.

Overheating can be caused by a leak in the radiator hose or a failed water pump. If your vehicle is overheating, you will know by the temperature gauge on your dashboard.

Some cases of overheating have occurred on the integrated circuit in the instrument panel which has resulted in interior fires. As a result, the company issued a recall on the 2004-2006 models.

Some users have reported windows that fog up easily. This problem is often caused by a faulty window seal. The window seal is the rubber trim that goes around the edge of the window. You may be able to fix this problem by replacing the seal.

The Dodge Durango may have a leaking sunroof. A problem with the sunroof may be caused by a faulty seal or by debris in the sunroof drains.

You can try to fix this problem by cleaning the sunroof drains and/or replacing the sunroof seal. If these solutions don’t work, you may need to replace the entire sunroof assembly.

The Dodge Durango is a powerful and reliable vehicle, with great features that make it a popular choice for families and commuters.

Families like driving this car because it is spacious and comfortable, with plenty of room for kids and gear.

It also has great towing capacity and decent fuel economy, making it a great choice for those who need to haul cargo or travel long distances. Users also say they like the car’s stylish design and its many safety features.

The third generation of the brand proved to be a major improvement due to its high-end interior and updated technology by changing to the Jeep Cherokee platform.

Since 2015, there have been far fewer recalls than in the first generation.

However, the Dodge Durango does have some drawbacks.

Here is a summary of the cons mentioned above:

A recent review on Edmunds.com praises Durango by way of the following statement,

“The 2021 Dodge Durango fresh has basically addressed all minor complaints I had. ….. Everything from performance to practical utility. It has 3 rows, lots of interior room, good reliability, and is easier to maneuver than a full-size SUV. Opt for one of the V8 engines and you can have all of the performance you could ever want.”

On the other hand, a different review on Consumeraffairs.com is not so praiseworthy of the warranty. This customer states,

“Have a 2020 Durango with extended warranty. Vehicle began to overheat. Vehicle has been in the Chrysler service department since 07 February 2022. …. We have received excuses in the form of texts that they have ordered the wrong parts….”

After 5 years, the Dodge Durango will have a 41% depreciation rate. According to reports, the resale value is about $25,925.

If you keep the mileage to around 12,000 miles per year, it will help the resale price.

Options also play a role in the value, with all-wheel drive and V8 engines generally holding their price better.

While many praise Durango for its updates in recent years, you should make sure you properly maintain it to avoid the cons noted above.

Here are some tips to keep your Dodge Durango running smoothly:

Regularly check the oil and change it when necessary.

The Dodge Durango is a reliable and stylish SUV that is popular with families.

It has some great features, but it also has some common issues that you should be aware of. Make sure to take good care of your Durango by maintaining it regularly and getting it checked out if you notice any problems.

And remember, if you are thinking of selling your Durango in the future, it will likely have a good resale value if you keep it in clean condition.