The XSR 700 and XSR 900 are retro-style motorcycles produced by Yamaha.

Both bikes offer a combination of style, power, and responsive handling. If you are looking for a bike that can get you around the city quickly, either the XSR 700 or the XSR 900 will suffice.

While both bikes have many high points, they also have a few flaws. In this article, we outline common problems associated with these models.

We arrived at this list through analysis of customer complaints, recall actions, and other sources. 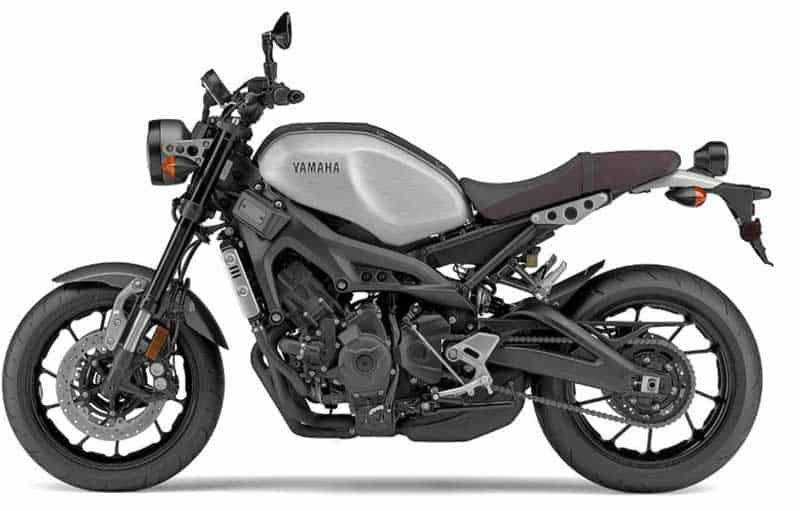 Here are common problems of the XSR 700:

The XSR 700 comes with a starter button, which you have to press to start the bike.

However, you first have to insert the key in the ignition and turn it to the “ON” position.

However, some owners say the engine starts immediately after turning the ignition key. This is strange because the riders didn’t press the starter button, which is required for the engine to start.

Most of the owners traced the problem to sticky starter switchgear.

The starter switch triggers the starter motor when you press the starter button. Typically, the switch returns to a neutral position once the bike starts running.

However, owners of affected motorcycles found that the starter switch didn’t return fully to its normal position after the engine fired.

Do this and see if the issue persists. If it does, then a visit to the repair shop is in order.

This problem mostly affects models released in the 2017-2018 period.

According to reports, the bolts connecting the drive chain guard to the swing arm is prone to loosening.

This will cause the chain guard to contact the drive chain, which will lead to the former breaking. If this happens, it could lead to the rider losing control and cause a crash.

While this issue affected only a small percentage of models, it’s still something to look out for. Yamaha issued a recall for the issue and directed dealers to replace the chain mounting bolts on the affected bikes.

If you have a bike that has the issue, the likely fix is to replace the bolts with a heavy-duty variant.

Some owners report that the XSR 700 motorcycle is almost impossible to start when the clutch is pulled in.

According to them, the bike only starts when the transmission is in “Neutral.”

This is not normal as the service manual indicates that riders should be able to do this.

If you experience this issue on your bike, there are two likely causes:

The clutch switch can wear out over time and start to malfunction. This explains why some XSR 700 owners say the bike refuses to start in gear even with the clutch pulled in.

Many owners complain of what they describe as “recurrent noises” on the XSR 700 models.

According to them, a “rattling” noise is audible on the bike and occurs either at idle or during the ride.

While some try to block out the noise with earplugs, there’s no denying that this issue can make riding uncomfortable.

The likeliest causes for the rattling noises on the XSR 700 include the following:

The chain tensioner ensures the tension in the cam chain is at a correct level.

If the tensioner is bad, the chain may go loose, which would lead to the rattling noises. However, you should also know that cam chain noises on Yamahas are common.

Thus, a noisy cam chain is not necessarily a sign that the tensioner is bad.

The XSR 700 models use a dry clutch, which is noisier than regular wet clutches.

In most cases, the rattling ceases when you pull the clutch in because the plates are under load.

Here are some problems common to the Yamaha XSR 900:

According to reports, a design defect could cause the handlebar mounts on the XSR 900 to loosen.

The handlebar mounts secure the handlebars to the motorcycle. If they loosen, the handlebars won’t be properly secured to the bike. Should this happen, a loss of control may occur, putting the rider at risk of a crash.

From our research, the issue mostly affects the 2015-2017 models. Yamaha issued a recall for the affected bikes, directing dealers to replace the lower handlebar mounts. The newer variant didn’t have paint on the threads and had more thread-locking adhesive.

If you detect that the handlebars on your bike are out of place, check the handlebar holders (mounts). You can apply a thread-lock adhesive (e.g., Loctite) to prevent the handlebar mounts from becoming loose.

Alternatively, you may want to replace the entire component, as this will give you peace of mind.

Some XSR 900 owners have complained that the bike often stalls on different occasions.

This is dangerous, especially if the bike stalls on a highway (a crash/collision could occur).

Given the varying details of the problem, it’s almost impossible to identify a sole cause.

However, we’ve identified some possible causes for you:

Here are the top-selling points and flaws of the XSR 700 and XSR 900 motorcycles:

The following are some advantages of the XSR 700 and 900:

The XSR 700 and XSR 900 are both parts of Yamaha’s Sport Heritage collection.

The series, which also includes classic models like the VMAX is essentially a nod to the classic models of the past. This explains why the XSR 700 and XSR 900 have many retroelements in their design.

Almost every rider agrees that good brakes are necessary for safe riding. Knowing this, Yamaha’s engineers created a set of brakes that provide maximum stopping power for riders.

In addition, both bikes come standard with Anti-Lock Brake System (ABS). This feature prevents your wheels from locking up under hard braking. It also provides increased stopping power in wet conditions.

Tired of riding super-fast sportbikes that leave you sore and numb after?

The engines on both bikes provide a large amount of low-level and mid-level torque. As such, you don’t have to downshift so often when accelerating from low speeds.

This means you can cruise around at a relaxed pace with maximum riding fun guaranteed.

“With the Yamaha XSR 900, the Japanese firm hit the nail on the head. It looks great with its retro styling and, thanks to Yamaha’s extensive catalog of accessories, is easy to personalize too. It’s both versatile and fun with everyday usability, very impressive for a bike with an affordable price bracket.”

“The XSR 700 makes a serious statement. Designed to take a timeless feel built on historical icons, matched with tomorrow’s technology matched for pure, entertaining riding experience. With deep torque and a super agile chassis, it’s for those who appreciate heritage and love to ride.”
[Source: Totalmotorcycle.com]