The MT-07 is a middleweight bike produced by Yamaha as part of its Masters of Torque (MT) series.

The Yamaha MT-07 has thrilled both critics and riders alike with its smooth engine performance and agile handling.

It is a versatile motorcycle and can serve as a daily rider, track racer, or beginner bike.

However, like every motorcycle, the Yamaha MT-07 has a few flaws of its own.

In this article, we will outline the most common problems on this motorcycle and, where possible, offer possible fixes. 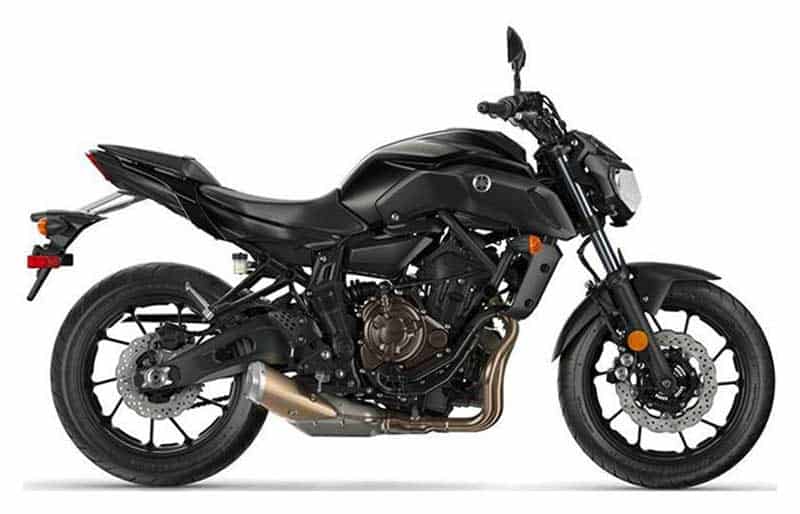 According to some MT-07 owners, the inner clutch plates may break and lead to a pronounced rattling noise.

Other problems that could surface if the clutch plates are damaged include:

A sure sign your clutch discs may be damaged is hard gearshifts.

Broken clutch discs will cause the clutch not to engage properly.

If this happens, the bike won’t shift properly, and you’ll find it hard to accelerate or decelerate.

If your clutch discs are shattered, they won’t be able to connect the pressure plate and flywheel effectively.

This will inevitably lead to the clutch slipping on rides.

As a result, the engine won’t transfer power effectively to the transmission and, by extension, the wheels.

What you then get in a situation where the engine’s speed (RPM) increases, but the bike’s speed doesn’t.

If you detect your clutch is dragging or sticking, chances are you have damaged clutch discs.

– Weird Noises When Using the Clutch:

If a squealing or chirping noise is audible when you apply the clutch, the clutch discs may be broken.

Particularly, the act causes excessive wear on the clutch plates. In worse cases, the clutch discs may shatter, as evidenced in the cases of some MT-07 owners.

A faulty clutch basket can also cause the clutch discs to break.

The clutch basket houses the entire clutch and, if worn/damaged, can ruin other clutch components such as the discs.

Should signs point to broken clutch discs on your bike, the first thing you should do is inspect the clutch basket.

Unfortunately, the only solution to broken clutch discs is to get a replacement.

In particular, if your bike is a high-mileage model, we’d advise you to buy the entire clutch kit with springs and plates.

The following engine problems have been reported to plague the Yamaha MT-07:

According to some users, the engine on the Yamaha MT-07 often cuts out intermittently during rides.

This problem often pops up randomly, although riders say it mostly happens when the bike is idling, say, at a red light.

Most of the owners traced the problem to the Engine Control Unit (ECU). The ECU controls many aspects of the engine’s operation. It also communicates with the fuel system to decide how much fuel the engine gets.

Apparently, the ECU on the affected bikes was reducing fuel supply to the engine at idle. This led to the engine being fuel-starved.

In such situations, the engine doesn’t get the fuel it needs to run and inevitably cuts out.

Since this is a fueling problem, the fix is to program the ECU to increase fuel supply at idle.  This will ensure the engine gets enough gasoline and doesn’t cut out.

Don’t increase the fueling significantly, as it may cause problems for your bike.

In fact, we advise that you have your dealer increase the fueling by only two points.

This is another series of common engine problems on the Yamaha MT-07.

Per complaints from riders, the engine “surges” during operation. Surging refers to a situation where the engine’s RPM goes up and down with no rider input.

Users also complained that the engine on the MT-07 model loses power and stalls mid-transit. The stalling problem often occurs when the bike’s engine is warm/hot.

The surging problem pops up at different times. It could occur while the bike is idling or during a ride.

An interesting fact about the two problems is they mostly occurred when ambient temperatures were high. That is, they occurred in hot-weather conditions, e.g., summer.

Both problems can make for incredibly uncomfortable rides.

They can even put you in danger, especially if your bike stalls in a bad spot.

Battery problems are quite common on many bikes, not just Yamahas.

Still, it helps to know battery issues you may encounter on the MT-07 model. Per reports, the battery on the MT-07s often loses power.

This leads to the bike dying during trips. In fact, an owner said his bike ran well at startup, only for it to die after 17 miles of riding.

The battery ensures the motorcycle runs well, and problems with it can easily affect a bike’s performance.

The owners of the affected bikes traced the battery issues to the following:

Typically, electrical components draw power from the battery when the bike is in operation.

However, some components continue to draw power even when the bike is not in use.

This is described as a “parasitic drain.”

The parasitic drain will explain why the bike battery suddenly dies after a few miles. Simply put, the battery had lost all the power it got when you charged it.

Add-on components such as anti-theft alarms, GPS, auxiliary lights, etc. can cause a drain.

Even with nothing drawing power, batteries often lose power when they sit unused.

The self-discharging process hurts battery life in the long run.

For example, if the battery sits with low voltage for long, sulfate will form on the battery plates, preventing them from being charged fully.

This will eventually lead to the battery dying after a brief period of use.

A bad battery may fail to charge, drain abnormally, etc.

Any of these issues can lead to battery-influenced issues on the bike.

General Pros and Cons of the Yamaha MT-07

Here are some high points and drawbacks of the Yamaha MT-07:

The following are positives of the MT-07:

The Yamaha MT-07 is one of the bestselling naked bikes for many reasons. It features a reliable, liquid-cooled 689cc engine designed to produce gobs of low-range/mid-range torque.

Cons of the Yamaha MT-07

Here are some of the MT-07’s shortcomings:

“The MT-07 is a motorcycle that offers big-time fun, affordability, and riding enjoyment. This versatile naked roadster offers deep engine torque from its 689 cc parallel-twin and a comfortable upright riding position combined with a lightweight, easy-to-handle sport chassis.”

What Is the Resale Value On the Yamaha MT-07?