The TT600 is a single-cylinder, four-stroke bike released in 1998 by Yamaha.

Featuring enduro-style design, the TT600 won over critics with its performance in several off-road riding competitions. While it’s no longer in Yamaha’s current lineup, used versions are cheap and offer great value.

However, these bikes have some problems which you must know before you buy them.

Here are some of the widespread issues on the Yamaha TT600 models: 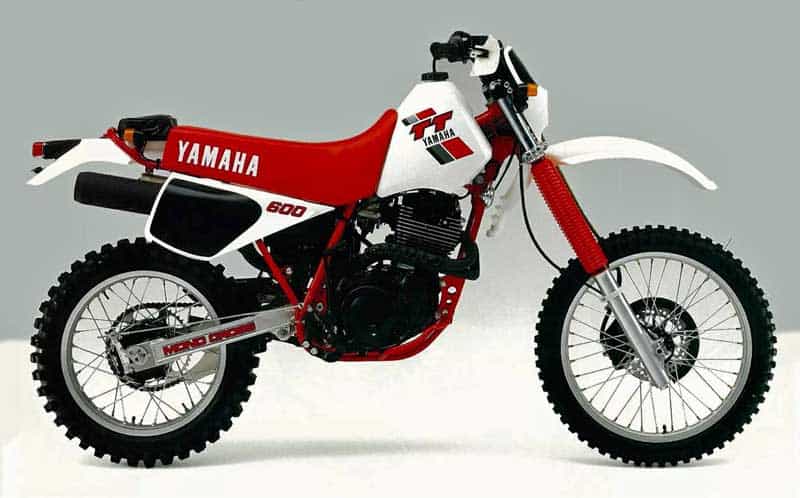 The CDI box controls a motorcycle’s ignition system and allows it to start properly. “CDI box” is short for Capacitor Discharge Ignition box, although it is also called thyristor ignition box.

The CDI uses voltage from the motorcycle battery to start the ignition and combustion processes. When you press the starter, voltage passes through the CDI box and fires up the spark plug.

Early Yamaha TT600 bikes had troubles with the CDI system, particularly those released between 1982 and 1996. Naturally, if the CDI box fails to work, it’s likely the bike won’t run at all.

Here are some of the problems owners have reported:

From reports, the CDI problem on the TT600 bikes is due to a design defect.

The TT600 uses a single-sided circuit board and not the through-hole plating. The latter method efficiently secures components to the circuit board, unlike the former.

The CDI unit has a resin, which often heats up and expands. Should this happen, the resin will pull on components, breaking the solder tabs. It can also pull on the legs of the components, causing their pads and leads to touch. If this goes on for long, the CDI unit will eventually fail.

Another likely cause for the failure of the CDI box is operation hazards. While you ride, your bike’s CDI box is exposed to high levels of vibration and heat. Over time, components can wear out and cause the CDI system to fail.

If you detect CDI box failure on your bike, be prepared to part with some cash. Because the CDI box is designed to be maintenance-free, you cannot try fixing the malfunctioning CDI component. Rather, you will have to replace the entire box.

We will advise that you should confirm if replacing the CDI will fix the problems described earlier.

A bad stator, regulator/rectifier, battery, or loose wiring may be responsible. We advise that you err on the side of caution and have a technician look over your bike.

The swingarm is a major part of the rear suspension on motorcycles. It helps hold the rear axle firmly and allows the suspension to soak up bumps in the road.

Also, it affects the bike’s center of gravity, which influences handling and rider balance.

If the swingarm is deformed (cracked or bent), handling and balance will be affected severely. One such swingarm-related problem is a “wobble” felt at higher speeds.

Moreover, the bike may jerk violently when it goes over bumps in the road. This will cause rider discomfort and makes for less-than-ideal riding experiences.

According to owners, the swingarm on the TT600s is prone to cracking over time. This leads to the problem described in the preceding paragraphs. Subject to the severity of the deformity, you can either weld the swingarm or get a new one. It is advisable to have a technician inspect the swingarm before you decide.

Because these bikes are old, they often have issues starting in cold weather. Many of the early TT600 models used carburetion, and carburetted bikes are notorious for being difficult to start in frosty weather.

Modern bikes use fuel injection, which is better at ensuring a bike reaches operating temperatures faster. If your Yamaha TT600 is having issues starting on wintry mornings, don’t fret as they are quite normal.

Here are some ways you can prevent cold start problems on your TT600:

Another problem of the TT600 is what owners describe as an “engine smoke” problem. Some TT600 owners say smoke pours out when they try to start their bikes.

According to them, the smoke is usually of a blue-white color and is accompanied by a smell of burning oil. The smoke usually clears out some minutes after startup, particularly when the bike reaches cruising speed.

Most diagnoses conducted by owners traced the problem to failed valve stem seals. The primary duty of the valve stem seals is to control oil consumption and valve lubrication. They also prevent oil in the valve cover from entering the engine’s combustion chamber.

Although they are made to last, these valves may wear out, crack, or break over time. If this happens, they will lose their ability to direct oil flow. Afterward, the oil will flow from the cylinder head to the combustion chamber.

When you ignite the motorcycle, fuel, air, and oil will mix. This causes the burning oil smell and the smoke that pours out from the exhaust pipe at startup.

This problem isn’t particularly serious as the smoke disappears once you start riding. However, if you don’t want the smell of smoke on your clothes, it is advisable to get new valve stem seals.

5. Engine Backfires Or Misfires While Riding

A misfire and backfire are almost similar. Both often have similar causes and symptoms; for example, both are consequences of an imbalance in the air-to-fuel ratio.

Misfiring and backfiring problems are quite common in the TT600 models. For owners whose engine suffered a misfire, the engine made a popping/banging sound, and this was followed by a loss of power.

On the other hand, owners whose TT600s suffered from a backfire reported hearing a popping sound from the motorcycle’s exhaust. Like the misfire, this is often followed by a decrease in power.

Here are some causes of engine misfires and backfires on the TT600 models:

Some TT600 owners have complained about the performance of the batteries on their bikes.

From the reports, it seems the battery often fails to charge or cannot hold a charge (and drains rapidly). A particular rider complained that his bike died after some miles, even though he’d charged it before.

In worse cases, the bike doesn’t start at all.

Potential causes range from a faulty stator to a failed regulator or starter. While you can conduct a test of the electrical system to detect what’s wrong, we’ll advise you not to.

Instead, have a technician conduct a thorough examination of your bike’s electrical system and recommend a solution.

General Pros and Cons of the Yamaha TT600

Here are some of the advantages and disadvantages of the Yamaha TT600:

The Yamaha TT600 comes with a simple air-cooled four-stroke engine that is easy to maintain.

Moreover, its air-cooled nature means fewer moving parts, which equals fewer chances for something to break down. The models have a recommended 6000-mile maintenance interval, which is impressive.

The engine itself is no slouch, and the bike is suitable for quick trips around town.

The engine produces a decent 37 back-wheel bhp and offers an appreciable amount of torque as well. This allows the TT600 to perform well, even on dirt tracks.

Owners have given positive comments concerning the TT600’s ride quality.

According to them, the bike is comfortable enough to be used for in-town rides.

If you’re looking for a budget city-friendly bike, the TT600 is an advisable option.

The TT600 is a great investment for anyone looking for a cheap enduro bike.

It has low running costs and depreciates slowly, which means your purchase will remain valuable for longer.

Although it is more geared toward off-road riding, the TT600 can handle city riding with ease.

The following are common issues with the TT600:

“With its low price, air-cooled, four-stroke motor and simple chassis the Yamaha TT600R represent the utilitarian side of modern biking. It does have some off-road pretensions, but it’s most at home pressed into the role of a tough urban commuter. On the flip side, the Yamaha TT660R turns motorways into instruments of torture.”

What’s The Resale Value On the Yamaha TT600?

Note: You may have to import these bikes into the US.