However, these bikes have some problems which you may want to know before buying.

Here are the most common problems associated with the Yamaha TMAX, SMAX, and XMAX models: 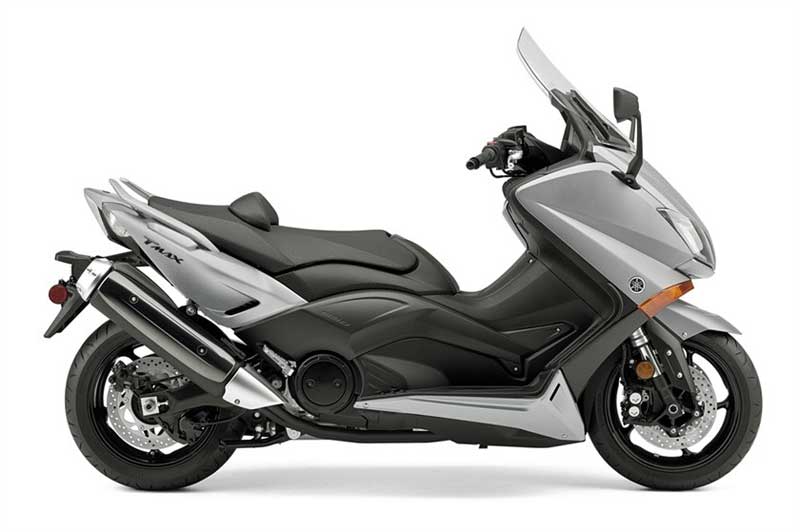 The following are common problems users report about the Yamaha XMAX:

From customer complaints, it seems the XMAX suffers from start-up problems, i.e., it is difficult to start.

This problem can be very frustrating, especially if it occurs when you’re rushing off somewhere, say, work.

The details of the problem are fairly the same across different owners. The owner tries to start the bike, but it doesn’t come to life.

In some cases, the bike starts but dies before the owner rides off.

Possible causes for this problem include:

Ground connections are an integral part of a bike’s electrical system.

If they are loose or defective, the bike’s electrical system may start acting up. Such erratic performance can lead to the failure of the motorcycle to start.

It can also cause the bike to die when the rider places the machine in gear.

This one is a no-brainer, at least, for every motorcycle owner.

If a motorcycle’s battery is bad, it will be difficult to start or may not start at all.

A common issue that plagues batteries on scooters like the XMAX is abnormal draining. Abnormal draining refers to a situation where your bike’s battery loses power for no obvious reason.

Should this be the case, you’d have to get a technician to examine your motorcycle.

Bad earthing is another oft-cited cause of starting problems on XMAX scooters.

If the earthing in the wiring system is loose or faulty, it can cause the bike to die shortly after it starts up.

As you may know already, brake discs are an integral part of a motorcycle’s brake assembly.

The friction between the brake discs and pads helps your bike stop. Worn out or warped discs can negatively affect braking performance on a bike.

If the brake discs on your bike are worn, you will see an increase in stopping times.

Some XMAX owners have reported cases of the brake discs on their motorcycles warping. If your brake discs are warped, they will affect brake performance, as we explained in the previous paragraph.

Asides reduced braking power, another sign of warped discs is vibration or squeaky noises while braking.

According to customer complaints, the front brake discs are the most susceptible to warping. Here are some things that could cause warping on the XMAX scooters:

Under harsh braking, the brake discs will get unusually hot and expand.

This is often followed by an in-flow of cool air, which causes the discs to contract. As this expansion and contraction process is erratic, it often leads to changes in the surface of a brake disc.

Such changes often make the surface of the disc uneven, leading to warping.

Like other parts of the brake assembly, the brake discs wear out.

The wear can lead to the disc surface becoming uneven.

If you detect that the problem results from extreme heat, reducing hard braking will help mitigate the problem. However, this won’t solve the issue completely.

You will need to use a power tool such as a lathe to ensure the surface of the brake disc is smooth.

If your diagnosis shows that the discs are warped, then you will need to get a replacement.

The following are examples of the common problems with the Yamaha SMAX:

While this isn’t a particularly major problem, it attracted a recall, so we’ll discuss it.

Per reports, the speed sensor on the SMAX is prone to malfunction on occasions.

This problem is caused by a loose sensor lead wire, which may not be secured properly and could be destabilized when the rider turns the bike sideways. If this happens, the sensor lead wire will break, forcing the speedometer into inactivity.

With this, you won’t know your speed and could even get a speeding ticket.

Kawasaki issued a recall for the model, instructing its dealers to replace the old speed sensor with a new one. The replacement speed sensor uses two retaining clips to hold its position.

The older version used one clip, which explains why it failed to stay in place.

This problem is widespread on SMAX bikes, particularly those released between 2015 to 2018.

On the affected models, the gasket may fail and lead to coolant leaking into the cylinder.

If this happens, the spark plug may be doused in liquid, which would cause the engine to stall while riding.

Some signs that precede this problem are:

According to Yamaha’s report, they improperly screwed cylinder head nuts cause the problem. If these nuts come loose, the cylinder head will loosen up as well, in which case, the gasket could fail.

The fix is to have the gasket replaced, and the cylinder head nuts screwed tightly.

Yamaha issued a recall for the affected bikes and explained dealers would carry out the repair for free.

Here are some of the prevalent problems with TMAX:

Hesitation refers to a situation where the motorcycle’s engine misfires, stumbles or lacks power.

Owners of TMAX bikes, especially early models, have complained about this problem. From the complaints, the problem mostly occurs in situations where the rider is accelerating.

It could be while riding downhill or switching to a higher gear.

Possible causes of this problem include:

The throttle position sensor ensures the ratio of air to fuel in the engine is balanced.

If faulty, the engine will run rich (excess fuel) or lean (excess air).

Both cases will cause your motorcycle to hesitate under acceleration.

Air leaks will cause the scooter engine to run lean, which may lead to the hesitation-under-acceleration problem.

III. Bad fuel (Gasoline Contains Water or too much Alcohol):

According to reports from some owners, the Yamaha TMAX bikes don’t run well on gasoline containing ethanol (E10).

If you cannot afford regular fuel, then add fuel stabilizer liquid to your gas tank after filling up.

Yamaha makes its own brand of fuel stabilizers, which are available at retail outlets.

This is perhaps the most widespread problem in the TMAX models.

The problem is thought to be caused by latent heat building up in the engine on hot days/long journeys.

If you don’t park the bike for long, it’s likely you won’t experience this problem.

But if you do, the chances of it happening to you increase.

Here’s a quick overview of the TMAX fever issue:

Typically, your engine will run hot if you a) ride in hot weather b) ride for hours. Parking the bike allows the engine to remain hot (since there’s no moving air to cool it).

The heat in the engine turns the gasoline in the fuel system into gas vapor.

Once this happens, something called a “vapor lock occurs,” and the bike becomes impossible to start.

General Pros and Cons of TMAX/SMAX/VMAX

Pros of the Yamaha TMAX/SMAX/VMAX

Here are qualities of the Yamaha TMAX/SMAX/VMAX:

The trio of Yamaha’s maxi-scooter offerings provides optimal comfort for riders of any size.

In fact, bikes are designed to be comfortable for even vertically challenged individuals.

A good example is the XMAX, which comes with a sculpted seat that doesn’t cut into the rider’s thighs.

Yes, scooters are the least powered models in the motorcycle segment.

However, Yamaha’s maxi-scooters offer decent power for quick rides in the city.

Take the SMAX, for example. It comes with a 155cc engine that produces 80 mph and up to 85 mph with a good tailwind.

That’s enough power to allow you to dash around the city with ease.

While they aren’t bagger models, the maxi models offer some cargo-holding capacity.

For example, the TMAX comes with glove boxes where you can keep papers, glasses, snacks, and phones.

It also has an under-seat storage compartment where you can store items.

You could even turn the scooter into a mini-bagger model by buying the optional rear storage case.

Here are examples of common issues with the Yamaha MAX scooters:

“Jumping into the maxi-scooter market both feet first, the Yamaha TMAX is a sporty machine aimed at aggressive riders who demand power and handling. With 15-inch Dunlop Sportmax tires and a 62.2-inch wheelbase, the TMAX is ready for high-speed riding, as well as prepared to do business in urban environments.”

What’s The Resale Value On the Yamaha TMAX, XMAX & SMAX?