It delivered mind-boggling speed and power, leading to the moniker “Mad Max.” The VMAX has remained in production for 35 years and has become one of Yamaha’s most iconic models.

The VMAX is a good choice for anyone; however, it has a few flaws, which we’ll examine in this article.

To come up with this list, we scoured various forums to get complaints from real-life owners of this model.

Based on our research, here are the most common problems with the VMAX models: 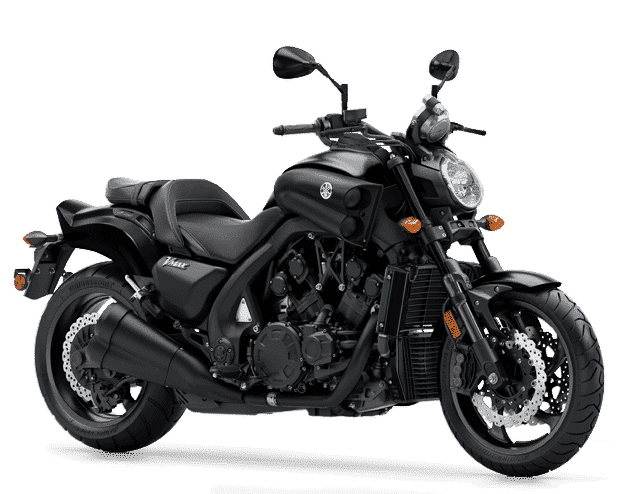 According to some users, the Yamaha VMAX bikes often stutter and lose power on occasions, completely stalling.

According to them, the bike acts as if there’s no fuel left in the engine, and the ‘low fuel’ light warning light stays on. However, the owners say the problem occurs even when the tank’s full of fuel.

Moreover, riders often have trouble starting their bikes, cranking multiple times before they can run properly. This starting problem is even more pronounced during cold weather. Also noteworthy is that this problem is common to older carburetted models, i.e., those using carburetors.

From our research, the major cause of the problem is a clogged fuel line/pump. The fuel pump transports gasoline from the tank to the engine.

Faulty fuel lines will reduce fuel supply to the engine, and can affect performance negatively:

Since most faulty fuel lines are a result of dirt that clogs the system, a system cleaner can solve the problem. System cleaners are available at most large retail stores.

Adding system cleaner liquid to your fuel tank will clear residue that may be blocking your fuel lines.

The oil pump on a bike circulates lubricant throughout the engine.

A faulty oil pump can lead to anything from an increase in the motorcycle’s temperature to extensive engine damage.

Yamaha VMAX bikes, particularly those released between 2008 and 2011, tend to have malfunctioning oil pumps. On affected bikes, the oil pressure can rise to excessively high levels.

If such happens, the oil may stop pumping through the engine. This can lead to the engine stalling or failing to start. In severe cases, it may lead to serious damage.

Yamaha issued a recall for the bikes affected by the problem (2008-2011 models). It required dealers to replace the faulty oil pumps with new units, free of charge.

If you happen to buy a used VMAX with this problem, the only solution is to buy a new oil pump unit.

In a particular case, the ground joint connector (a part of the wiring harness) overheated to the point of deformity.

Faulty grounding connections on a bike will cause the ignition system to fail and affect engine performance.

Other symptoms associated with this problem include:

Yamaha once issued a recall for bikes affected with this problem, replacing the wiring harness at no cost to owners.

However, if your bike isn’t under warranty, you may have to buy a new wiring loom.

Since its inception in 1985, the Yamaha VMAX has maintained a reputation as a big, brawny motorcycle with loads of performance.

Consider the 2019 VMAX model: it comes with a powerful 1679cc engine that delivers around 123 pound-feet of torque.

However, this performance often comes at the expense of fuel economy. The 2019 model gets, on average, an estimated 32 MPG. By comparison, its rival, the Ducati Diavel, comes with an estimated 44 MPG.

While the VMAX has a lower price tag, those fuel costs can quickly add up if you’re not careful.

Asides its engine, size/weight is another likely cause of the high fuel consumption on the VMAX bikes. For instance, the 2019 VMAX has a curb weight of 638 pounds.

That’s up to a hundred pounds more than its closest competitor, the Ducati Diavel. It’s a no-brainer that the heavier a bike is, the more fuel it will consume.

Over the years, the Yamaha VMAX has emphasized performance over anything else.

It was the fastest bike in the world months after its debut in 1985. But things have changed since that time.

Nowadays, riders want bikes comfortable for both city riding and long-distance touring. On both fronts, the VMAX fails to deliver.

The Diavel has wider, swept-back handlebars and lower, forward-leaning footpegs, making for a relaxed and laid-back riding posture. In contrast, the VMAX seat design forces the rider to crouch while riding, meaning more backaches.

Simply put, the VMAX isn’t the bike you can go touring with. In fact, one common complaint among VMAX owners is that the rider and passenger seats are both uncomfortable. In comparison, the Diavel has a plush pillion seat and even features a backrest for added security.

If you want a high-performance straight-liner, the VMAX is a suitable choice. However, if you want a comfortable daily driver or long-distance tourer, we’d advise buying another model.

Here are some merits of the VMAX:

In terms of performance, only a few motorcycles can compete with the VMAX.

It features a liquid-cooled, 16979cc, V4 engine that offers copious amounts of power.

With such specs, it’s not surprising that the VMAX is among the most powerful motorcycles on the market.

A good example is a slipper clutch found on modern VMAX bikes.

Not only does the slipper clutch improve performance, but it can also prevent rear-wheel lockup in the event of engine seizure or transmission failure.

Other useful features on the VMAX motorcycles include:

It also allows for balance and stability, even at higher speeds.

Being a Japanese-made bike, we are not surprised at the reliability of the VMAX.

Even though it has been in production for over 35 years, the motorcycle has witnessed few recall actions.

The VMAX models have very high build quality, which allows them to handle long-term use without breaking down.

However, newer models have improved in that aspect and offer superb handling ability.

Now, you can take a VMAX for a canyon-carving ride and watch it attack corners like a champ.

Here are some shortcomings of the VMAX:

“Unlike any other motorcycle available today, the VMAX is truly in a class of its own. The awesome acceleration and muscular beauty combine with sporty handling and Yamaha’s electronic engine management technologies to offer an incredibly exhilarating riding experience.”

“For riders interested in heart-stopping acceleration, along with neo-traditional styling and ergonomics that recall both cruisers and sportbikes, the Yamaha VMAX is a one-of-a-kind motorcycle. With roots dating back to 1985 and enjoying a complete reimagination in 2008, the VMAX pours out gut-wrenching power with handling to back it up.”

What’s The Resale Value On the Yamaha VMAX?