Dashcams are constantly filming whoever’s in front of them without their explicit consent. WiFi-enabled dashcams can add the possibility of distributing privacy-violating footage online.

If you’re not interested in a car with a dashcam, there are tons of affordable options on the market.

A lot of cars don’t come with one by default, and the majority of used cars don’t have built-in dashcams.

Here’s a breakdown of the 16 most affordable cars that don’t come with dashcams.

The Volkswagen Jetta offers plenty of room despite its compact cabin. Other than that, it’s a solid, reliable, no-frills sedan on offer for a reasonable $21,190 that doesn’t have a built-in dashcam.

The Jetta comes standard with Apple Carplay and Android auto, as well as 16-inch aluminum wheels and LED taillights and headlights.

This subcompact is the cheapest new car currently on the market at $14,595, and it has no in-built dashcam.

The Spark manages to keep things interesting despite its low price point with fun, bright paint options, Apple CarPlay and Android Auto standard on all trims, and a manual transmission.

If you’re interested in a new Spark, be sure to get your hands on one soon—Chevy is discontinuing the car after 2022.

The Elantra manages to offer features that are normally seen on higher end vehicles at a $20,995 price point. It does not come with a dashcam by default.

Great safety features like blind-spot monitoring and auto emergency braking come at even the lowest trim level. Apple CarPlay and Android Auto are standard on every trim, and the infotainment system is top-notch.

A compact Sedan with outstanding safety features, the Kia Forte doesn’t come with a built-in dashcam.

Other features include an 8″ touchscreen, power-locking doors, and automatic headlights.

The Corolla is the quintessential commuter car with just the essentials at an affordable price, and the model year sells for $21,200. The Corolla now has a longer list of basic features than you might think.

It does’t come with an in-built dashcam, however. 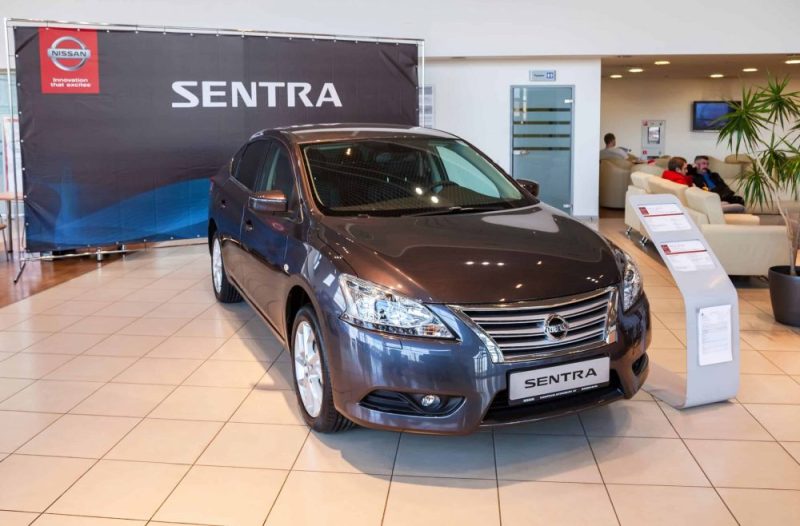 The Sentra has seen a major overhaul from its infamous pre-2020 model years, and it’s now a great affordable car at $20,635. It doesn’t come with a built-in dashcam.

The Sentra has seen vast improvements both in its external look and interior styling and features. It doesn’t have anywhere near the handling and acceleration of a sports car, but it has amenities usually found above its price point.

The Versa’s main appeal is its status as a basic, stripped down, affordable vehicle that sits at the very comfortable price of $16,475. It does’t come with a dashcam by default.

Post-2020 versions of the Versa have incorporated features that add some more appeal to the car than simply as a method of transportation. These include a more attractive, reimagined exterior and an improved driver experience.

The Hyundai Venue is a subcompact SUV that’s well worth its price of $20,295 and doesn’t come with an in-built dashcam.

The Venue manages to fit more cargo space than you’d think a subcompact SUV would be capable of accommodating. Its safety features—forward-collision warning, lane-departure warning, and driver-attention monitoring—come standard.

It’s also Apple CarPlay and Androir Auto-compatible, with an enticing 8″ touchscreen on the dashboard.

This tiny hatchback looks like just what you expect from a cheap hatchback, but it’s got some valuable features that make it a bargain. It doesn’t come with a dashcam.

The Mirage may have a weak 76-horsepower three-cylinder engine and small wheels, but it’s got some redeeming features and options.

It comes standard with lane-departure warning, lane-keeping assist, and automated emergency braking. A CVT, or continuously variable transmission, is an option that bumps the price up but still keeps it under $20,000.

The Kia Soul offers a great set of features for its $20,585 price tag and does not come with an in-built dash cam.

This subcompact SUV may sport a boxy, unusual design, but don’t let that fool you about its practicality or how fun it is to drive.

The Soul has good performance for its price and offers an engine upgrade that brings its 147-horsepower rating up to 201 horsepower,

This low-priced, fuel-efficient commuter car is perfect if you need something that will get you from point A to point B, and it doesn’t come with a dash cam. Its base price is $17,545.

Ever since other cheap, well-made subcompacts like the Chevrolet Sonic, the Toyota Yaris, and the Honda Fit left the market, the Rio has remained as the last of its kind.

If you’re willing to go up the trim scale, the Rio can offer safety features like forward-collision warning and lane-departure warning.

If you’re in the market for a cheap car with all-wheel-drive, the Impreza is the way to go. It doesn’t have a dash cam as a standard feature. Its base price is $19,709.

There are all-wheel-drive versions of other affordable cars, but the Impreza has it as a standard feature, which is rare at its price point.

An appealing exterior design, and smooth driving experience, and low base price of $17,690 make the Accent a bargain. It does not come standard with a dash cam.

Part of the Accent’s smoothness comes from its CVT, letting it switch between gear ratios seamlessly instead of all at once.

The name Camry is synonymous with affordable and reliable driving, and it continues to offer that at an affordable $26,870. It doesn’t come standard with an integrated dash cam, although Toyota manufactures dashcams which are compatible with the Camry.

The Camry has plenty of cargo space, a redesigned exterior and exterior, and a safety suite which includes forward-collision warning, lane departure warning, and adaptive cruise control.

$26,595 is a great price for an entry-level EV like the Bolt, and it doesn’t come standard with a dash cam.

This EV gets great range for its price—259 miles, to be exact—and it charges rapidly, able to add up to 100 miles of range in just 30 minutes with its fast-charging capability.

Its interior is larger than its tiny size would suggest, and it offers forward collision warning and lane departure warning as standard features.

The Charger’s price of $34,095 makes it the least expensive full-size car with sporty features out there. It doesn’t come standard with a dash cam.

If you need to get your hands on a car with a V-8 engine layout and rear-wheel-drive for cheap, the dodge charger is the place to go.

Dashcams can be useful because they provide hard evidence for insurance companies in accidents—if you’re not at fault in a collision and you have footage to prove it, the company likely won’t raise your premium.

But by the same token, they can incriminate you in court if you’re at fault in an accident, and nonconsensual filming is illegal in some US states.

They have some benefits, but they also introduce problems that some drivers might rather avoid.