Everyone knows what an SUV looks like. Today, they’re released from the factory and look just like minivans. However, if you’re like most people, you can’t help but wonder why that’s happening.

Worry not because we’ve answered your questions. Before you proceed, we’ve also explored whether SUVs are safer than sedans and minivans. 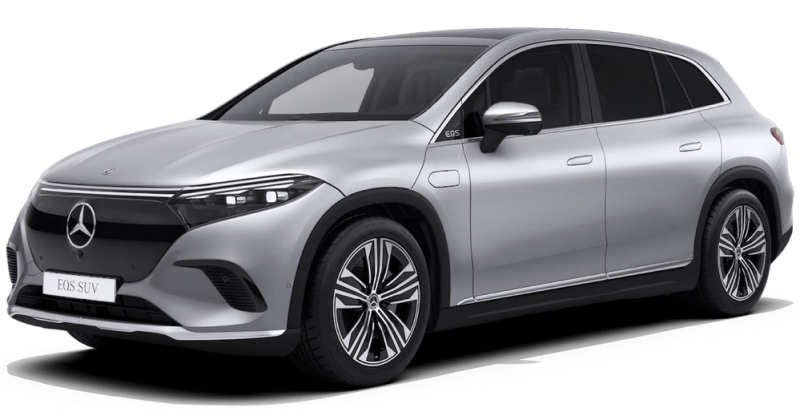 The past designs of SUVs were mostly equipped for off-roading and severe road conditions. Telling from history, SUVs developed from military transport vehicles.

This means that they were extremely practical, off-road-oriented, and sturdy. More often than not, they were mostly built to be pickup trucks that didn’t have a bed. Speaking of trucks, one may wonder whether SUVs or pickup trucks are safer.

These designs could not afford the luxury of a good seating capacity and many times they didn’t even have back seats.

Fortunately, as the years went by, certain crossovers like the Chrysler Pacifica and Pontiac Aztek were released to get the same SUV qualities but on a more efficient and lighter platform.

Automakers needed to cut down the fuel burn and emissions that came from larger SUVs. It was also a means to turn SUVs into family vehicles because the usual only option for larger families was a minivan or a station wagon.

These SUVs had the capacity to carry up to 8 passengers.

Now, most SUVs have the same seating capacity as a minivan but can still function perfectly as the sport utility vehicles that they are. Little wonder they look similar.

They Now Have More Interior Space

Another major reason SUVs are twining the look with a minivan is because of the interior and cabin space. Old SUVs rarely gave luxury for comfort.

The manufacturer gave no thought about how the interior and cabin space would be. Their major concern was how to make the vehicle perfect for off-roading.

But now the tides have changed. Consumers now want space in their SUVs. By space, we mean enough legroom and headroom.

Thus, this means that designers have to make their cabin bigger and more comfortable, which in turn makes the whole look more like a minivan.

SUVs Are Built With Better Ride Quality Like Sedans

One major indicator in differentiating between a minivan and an SUV is the ground clearance. The older SUVs were built on truck frames.

These truck frames made the vehicle more rigid. That’s because the vehicle chassis was separated from the body. This is commonly referred to as a body-on-frame chassis.

This design made the vehicle sit higher off the ground, as some models, like the Chevrolet Silverado, the Chevy Tahoe, and the Suburban, still boast nearly 10 inches of maximum ground clearance.

However, as the gradual change in design began, manufacturers started to make SUVs more family-friendly and so they needed to be built on such a platform.

They had to lower the load height and make it easy for passengers to enter and exit the vehicle.

Reducing the load weight and ground clearance allowed for the improvement of the ride quality of these vehicles. The old designs hardly provided a smooth drive, and they made a lot of road noise.

SUVs Are Getting More Aerodynamic

Station wagons and minivans were built around efficiency. They were more likely to go on long-distance journeys and offered a smooth ride, regardless. This means that they were more aerodynamic than an SUV.

Designing a car with good aerodynamics positively enhances its ability to accelerate, resulting in better fuel economy because the easier it is for a car to move, the less energy the engine needs to work.

On the other hand, SUVs were terrible at gas efficiency. Some common examples are the:

The Infiniti as well achieves 16 mpg city, 22 mpg highway, and 18 combined. These statistics are just apparent evidence that older SUVs were not built with gas efficiency.

However, as they became more focused on being family haulers, manufacturers had no choice but to design them with better aerodynamics to produce better gas mileage.

A popular trend with automobile companies is to make vehicles under the same brand or category look similar. In truth, the outward look of a modern minivan and a modern SUV is almost the same.

If we take, for example, the Honda Odyssey and the Honda Pilot & Passover, we would discover that these vehicles have a striking resemblance. As it would seem, the Honda company has a thing for designing vehicles similarly.

There are other SUVs that look really similar to a minivan. For instance, the Kia Sorento. Its wide grille is familiar to a minivan’s shape.

Another example, as we stated above, is the Honda Pilot. The roof has that minivan curve with a tailgate that looks almost identical to the Honda Odyssey.

The Dodge Durango is also that model, stretched out to be the size of a minivan instead of an SUV.

Differences Between SUVs And Minivans

Now that we have discussed all the striking similarities between an SUV and a minivan, is there really any difference between them? Meanwhile, you should know which minivans have all-wheel drive.

The Door Configurations Are Different

It might not seem like a great deal, but the door configuration of a minivan and an SUV is one distinction between them.

Ever noticed that little difference?

Although at some point in history, some car brands like Honda wanted the same door configuration as that of an SUV, they just never caught on.

After some time, they settled for a single sliding door on the curb, which meant the right side of the vehicle.

Their Seating Positions Are Not the Same

Both minivans and SUVs offer a higher driving position compared to passenger sedans. However, a minivan does not require the driver to climb up to get into the vehicle, even though it somewhat has a high seating position.

In contrast, SUVs require running boards to assist the driver with easy entry and exit of the vehicle.

In addition, the interior controls of the older SUV were pretty straightforward and easy to navigate through because they were based on truck chassis.

Even with the modern change, their car-based ‘crossovers’ still have traditional interior controls and switchgear.

Minivans, on the other hand, were built with some creative designs.

They were not as constrained as the SUVs. Because of this, we see things like shift levers protruding from the dash and oddly inaccessible cubbies near the floor.

Modern SUVs and minivans are now designed to haul passengers and cargo. Both vehicles can carry up to 9 passengers depending on their trim option. But their versatility and flexibility still differ.

In many SUVs, the back seats fold to accommodate more cargo, but most times, they don’t fold away totally and so, their cargo space is a little limited.

However, with minivans, the seats completely disappear into the floor and sometimes the second-row seats can do the same.

This provides an insane amount of space for bulky cargo. You can’t match a minivan’s cargo capacity with an SUV.