The Star Venture and Eluder are both luxury touring motorcycles produced by Yamaha.

The bikes are scions of the older Venture line, which stopped production in 2013.

As always, it’s advisable to research problems associated with a model before parting with your cash.

We’ve compiled a list of common problems encountered on the Star Eluder and Star Venture models to assist you. 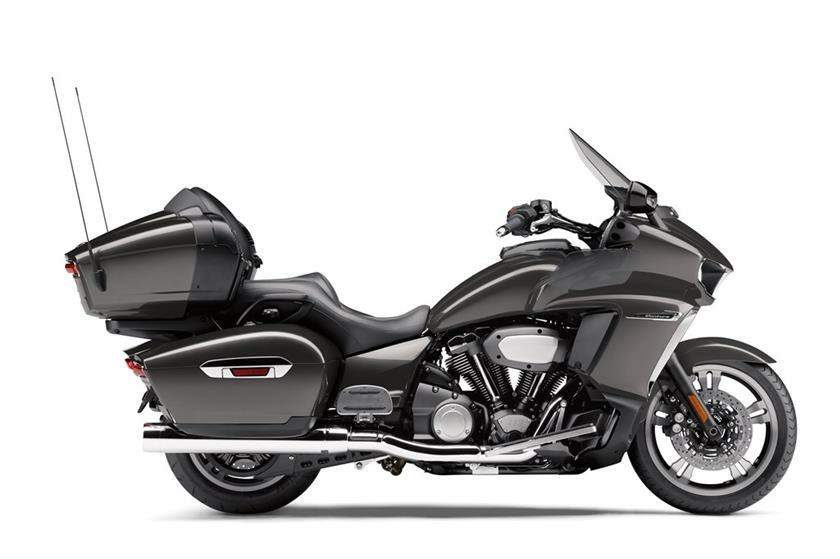 Older Yamaha Star Venture models are infamous for a particular whining noise that occurs during rides.

Reportedly, the noise is largely absent on startup and increases as the bike speeds up, reaching a crescendo around 60-75 mph.

Moreover, the whining is so loud that it prevents riders from listening to the radio or making a call while riding. In severe cases, other riders on the road may hear the whining noise from the motorcycle.

Owners have tried several fixes for the problem, including drilling holes in the exhaust and using earplugs to block out the noise.

Nevertheless, there’s no denying that the whine is a big problem as it can reduce the quality of your ride.

It is also important to note that most riders believe the whining is coming from the clutch. In fact, most refer to this issue as the “clutch whine” problem.

Others have traced the problem to the gear system, particularly the final drive.

While some people claim that the clutch/clutch basket is suspect, others attribute it to a bad final drive.

However, Yamaha asked dealers to replace the clutch basket (I-basket) on the affected motorcycles to solve the problem. This approach had mixed results as some customers said the whine was completely gone, while others reported the problem was still present.

In some cases, the final drive chain was responsible for the whining noise. The final drive is part of the gearbox and transfers power to the rear wheel. If there’s a problem with the final drive, excessive gear noises may surface.

Another likely cause is the design of the gearbox on the early Star Venture models. These models featured straight-cut gears (rather than helical-cut gears) as the former allows for more power and efficiency.

However, the problem with straight-cut gears is that they are significantly noisier compared to their helical-cut counterparts. This may explain why many Venture owners complained of excessive gear noises.

As said earlier, Yamaha directed dealerships to replace the clutch basket with a newer, improved variant.

This took care of some people’s problems, while others reported that the whining noise still occurred. If you bought a bike or planned to buy a bike with this problem, have the clutch basket inspected and possibly replaced.

It’s advisable to have your final drive chain checked for any problems. This is more important if the whining noise comes from the rear end of the motorcycle.

Depending on the severity of the problem, you may have to replace the entire component.

Last, consider switching to Yamalube synthetic oil on your motorcycle. This should be your last resort if an inspection of the clutch basket and final drive fails to turn up anything.

Synthetic oils are much thicker than regular oils and do a better job of reducing motorcycle noise, and riders say that Yamalube obtains the best results for killing the Venture’s whine.

As such, some excess engine heat is to be expected, especially since this bike is air-cooled.

Unlike water-cooled engines, air-cooled engines depend on moving air to cool the engine. This means lesser components (no radiator, water jackets, etc.) and lower cost.

However, air-cooled engines heat up quickly, especially when air is not moving around the engine. A good example of this is a situation where you’re stuck in stop-and-go traffic.

Newer models have dual-cooling systems that use both air-cooling and an oil-cooler to prevent the engine from overheating.

However, if you’re stuck with an older model, the smartest move to make is to kill the engine if the bike is idling for more than 5 minutes. If you’re stuck in traffic, walk the bike forward until it’s time to start cruising again.

Note: If the overheating persists, it may be a sign that something is wrong with the bike. Particularly, if the engine is running lean or is low on oil, it will overheat. You should make sure to inspect your engine because if the bike hasn’t been idling for long, it shouldn’t be an issue.

This is a known problem on the Venture/Eluder line of motorcycles.

In fact, older models were known to have their fuel pump fail at high mileage (mostly at 50,000 miles or higher).

The fuel pump directs fuel from the tank to the engine. Every motorcycle owner knows that a bike will run poorly without fuel or may not run at all.

Symptoms of a Faulty Fuel Pump

Here are signs you have a problematic fuel pump:

The likeliest solution is to replace the fuel pump unit.

We’d recommend that you get a technician to determine if the fuel pump is indeed faulty and give you a quote for the replacement job.

Some owners of older models have complained that the battery on their bikes tends to drain at an abnormally rapid rate while riding, indicating a faulty rectifier/regulator.

This problem is disturbing for the owners as a low/dead battery can cause the bike to die mid-transit.

Some also reported that the battery’s voltage went down even though the bike was not used. In such cases, the owner charges the battery at night, only for the bike not to start in the morning.

Another reported electrical problem on the Star Venture/Eluder is that the battery does not charge, indicating a faulty stator. This can be frustrating because there’s usually no clear-cut issue causing the battery not to charge.

Some riders also reported instances where the bike stops running, but the (indicator) lights stay on.

According to them, the bike usually starts up immediately, but the problem may pop up again during the ride.

The problem with electrical issues lies with the multiplicity of electrical components.

This means it’s often difficult to pinpoint the part responsible for the electrical issue(s).

Here are some things to look out for when attempting to diagnose electrical issues on the Star Venture/Eluder models:

General Pros and Cons of the Yamaha Star Venture and Eluder:

Here are some of the merits and demerits of the Yamaha Star Venture and Eluder motorcycles:

Here are some of the merits of these motorcycles:

The Yamaha Star Venture/Eluder offers all the comfort and ride-quality associated with touring machines.

Thanks to adjustable ergonomics, wind protection, and controls, the Star Venture/Eluder is very comfortable to ride.

Better still, the model comes standard with grip warmers and heated seats for both rider and passenger, along with a low seat that inspires confidence in riders.

This infotainment system can be controlled by hand and voice, placing the rider in control at every moment in the ride.

The Yamaha Star Venture and Star Eluder come with a massive, torquey 113 air-cooled V-twin engine that produces a best-in-class 126 pound-feet of torque.

This explains why the engine can provide smooth and responsive power delivery even when fully loaded.

Besides, the vibration inherent in V-Twin engines is largely absent from this model.

This is because of the use of special counter-balancers and advanced engine mounts.

Here are some of the shortcomings of the Yamaha Star Venture and Eluder bikes:

“With a fantastic chassis and wonderfully responsive motor, the Star Venture is simply a great ride. Longest distance riders will want to personalize it a bit, while those who keep the daily mileage down to a couple of tankfuls will find very little to distract from pure touring enjoyment.”

What Is the Resale Value On the Yamaha Star Venture/Eluder?