Police departments have cars used to engage in activities like patrolling, pursuits, responding to emergencies and pulling a car over. Private cars can get pulled over for a number of reasons, but the most common one is speeding.

If a cop in a police car suspects you are speeding, whether through bumper pacing or radar technology, they will likely pull you over. After this, they’ll ask you to identify yourself and then confirm your identity and all vehicle documents.

After this, they can either serve you a speeding ticket or let you off with a warning. This article explains in detail the disposition of cops to speeding offenses. 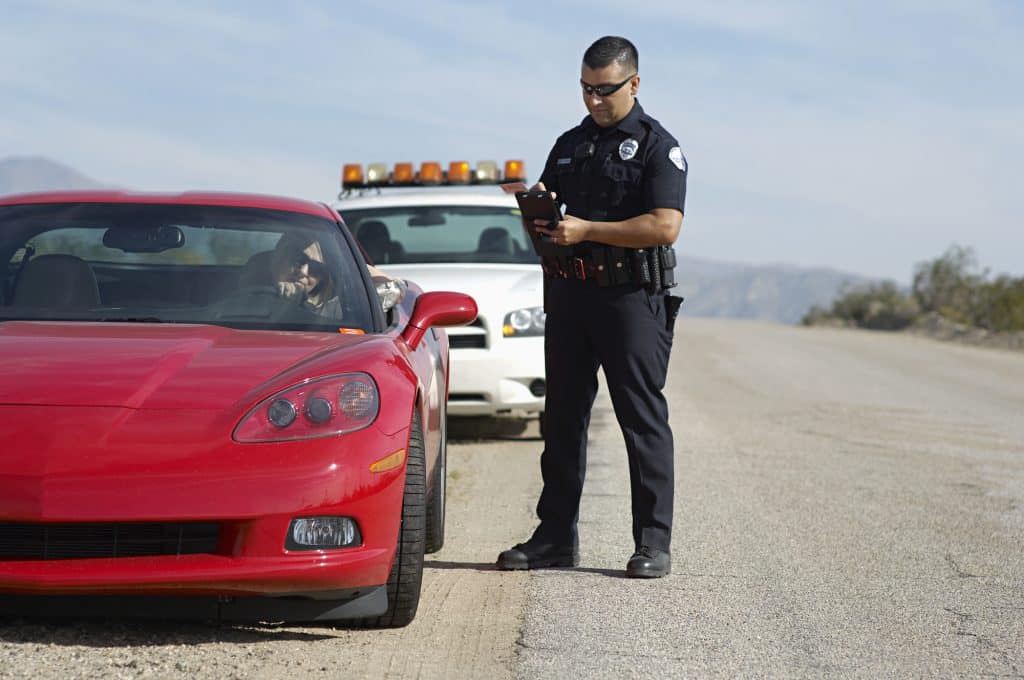 Here’s the Short Answer to Whether Police Cars Always Pull You Over for Speeding:

Traffic police can pull over suspected speeders by flashing the sirens on their cop cars. This is because they often have two-way speed guns on the car and can tell when you are speeding. However, they may choose to not pull over if they deem it unnecessary.

In the U.S., most cops across different municipalities enjoy the discretion of issuing tickets for a speeding offense or ignoring. Cops often avoid ticketing offenders by issuing a verbal or written warning, and this usually happens when the offender is apologetic.

However, the decision completely lies with the officer in charge, and he can either cite or just let the offender go.

In some places like the state of Illinois, a verbal warning is discouraged, and police are required to document stops through citations/written warnings.

Do Police Cars Normally Stop Cars That Are Speeding?

In the U.S. and in most places around the globe, police officers usually stop speeding cars by pulling them over.

While they may choose to let the offender off with a warning, most departments require officers to at least stop and warn the offenders.

How Often Do You Get a Ticket When Caught Speeding?

The best way to avoid a speeding ticket is not going beyond the speed limit.

In many states, getting up to three tickets in the space of a year can get your license revoked. If you get cited for speeding and reckless driving, the revocation might happen earlier.

You can also avoid speeding tickets when you inevitably make a mistake by convincing/charming the officer, as we’ll soon see.

No one wants to get a speed ticket, especially when they didn’t really mean to go beyond the speed limit. So, if you get pulled over for speeding, what exactly can you do or say to avoid getting a speeding ticket? Here goes:

As you can see from these success rates, these excuses will not always get you out of a speeding ticket.

However, you can increase your chances by having a remorseful disposition. This will show in your body language and adherence to the officer’s instructions.

You can also keep your chances great by not telling a lie or at least being confident with your excuse. For instance, when you give a medical appointment excuse, you can offer to have the officer speak with your doctor.

In some cases, if you are sure the officer has the wrong guy, and you were absolutely not speeding, you can simply tell the officer, and that would also be a good time to brag about your clean record and garner some sympathy/benefit of doubt.

If this officer is not convinced enough, you can challenge the ticket in court.

Also, these excuses usually work if you didn’t speed far above the limit. If the officer pulls you over for speeding WAY above the limit and adds a reckless driving charge to the mix, the speeding ticket might be the least of your worries.

Can a Police Car Catch You Speeding From Behind?

There is this common belief amongst motorists that police can only pull over a car that is ahead of them. While that used to be true, that belief doesn’t hold so much water anymore. “Why is that?” you may ask.

Well, police vehicles now have a moving radar with dual antennas that help them clock the speed of moving cars ahead of them and behind them.

So, don’t go along with old myths and speed behind police cars thinking they can’t clock you, ‘cos they can. So, whether in front or behind cop cars, don’t speed at all lest you get a speed ticket/citation.