Very often, the question of where police can park comes up in social gatherings, debates, courtrooms, and online spaces.

Still, more often than not, people don’t come to any form of agreement.

We may not like to talk about it much, however, it’s needful to establish acceptable and unacceptable practices about where police cars can park. Let’s do that. 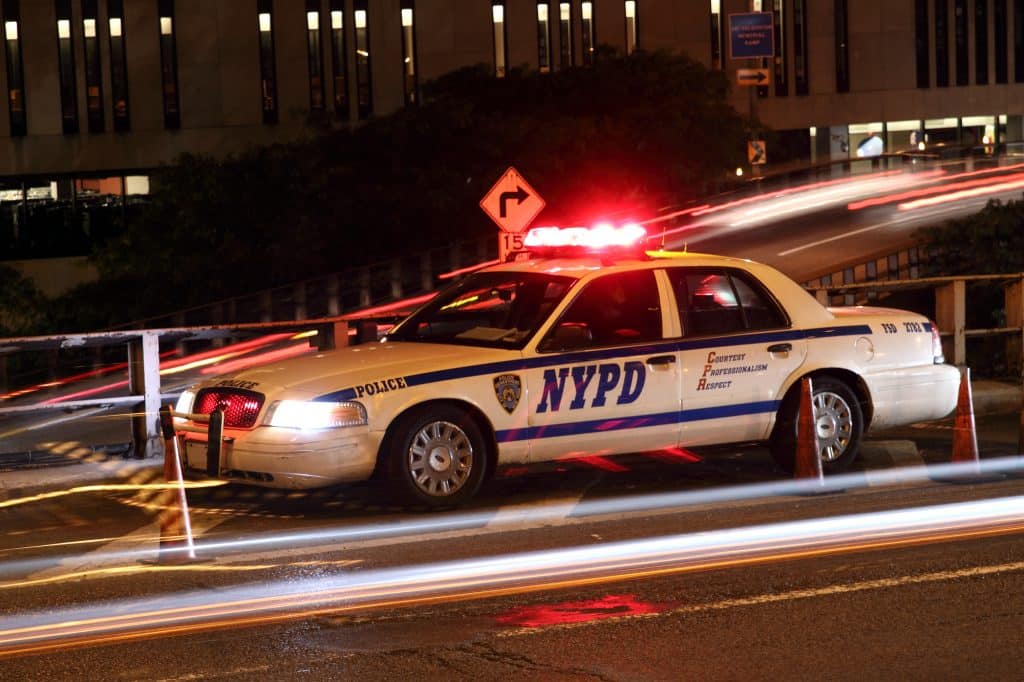 Here’s the short answer to whether police cars can park anywhere:

Police cars are required to follow the same traffic rules as everyone else. Hence, they normally shouldn’t park anywhere. However, they have the liberty to do so under certain conditions, like emergencies and other extreme situations.

Like other road users, police cars have to follow parking rules most of the time. After all, it’s only fair that they do. Whether or not on duty, we expect police cars to park correctly.

Today, there are many parking laws in different states. One of such laws is that drivers should not block traffic lanes no matter what. Police cars are also required to obey this rule.

However, unforeseen problems like an accident could cause the police to break this rule. They’d have to pull over to assist the people involved in any way they can. Such emergencies wouldn’t require that they find an appropriate place to park first.

If the police car itself breaks down, they’re required to put on their emergency lights like everyone else.

However, even when accidents occur, police cars would be mindful of how they park to avoid more casualties. Most likely, they’ll turn on their hazard lights to warn approaching vehicles. We expect vehicles to switch lanes away from the lane in which the accident occurred.

The move-over law even requires vehicles to move away from the police vehicle by a lane. However, not all states may have the exact requirement. It’s best to check the laws in your state to be sure.

Also, if your car breaks down in a traffic lane, police cars on patrol may feel inclined to assist you. However, they are not mandated to do so.

These are the type of conditions that warrant such parking. Other than that, police cars may drive and park just like any other car on the highway.

While emergencies must be considered, it’s imperative that police officers park their cars correctly as much as possible.

Can Police Cars Get Parking Fines?

It is possible for police cars to get parking tickets, however; it is also improbable.

We mentioned earlier that we expect police cars to obey parking rules. This means they can also get parking tickets when they park wrongly.

However, we also established that police cars may occasionally park wrongly because of emergencies. This can sometimes prevent the traffic warden from issuing a parking ticket.

It is difficult to determine if the car is parked illegally because of an emergency or simply because of negligence. That’s one reason police cars won’t get parking tickets even if they’re illegally parked.

The traffic warden might realize the car is parked for ease. This would prompt him or her to issue a parking ticket.

For example, a police car parked illegally would get a ticket if the police officers simply went to get lunch.

Related: Do Police Cars Always Pull You Over For Speeding? (Solved)

Of course, police cars are emergency vehicles and constantly have a good reason. That being said, police cars can park in fire lanes.

A good reason they’d park in fire lanes is to zoom off when there’s an emergency. Cities designed fire lanes for this purpose, to begin with. They enable fire trucks, ambulances, and police cars to get to their destination no matter how congested the traffic becomes.

However, if cops can avoid parking in a fire lane, they should. This would create easy passage for other emergency cars when the need arises.

When driving on lanes marked with double yellow lines, no one should cross the yellow line to overtake a car. This is because double yellow lines signify opposing traffic on the other side of the line. However, in some states, overtaking in such lanes isn’t prohibited.

Opposing traffic means they structured the lanes such that parking, halting, or trying to overtake may lead to an accident. In fact, speeding cars are required to slow down to match the slow speeds of cars ahead of them.

Certain emergencies may also warrant them to park on double yellow lines.

It depends on the situation. Did they encounter a law breaker and have to park fast before continuing the chase on foot? Or did they simply park illegally because they’re the police and they can?

It is almost impossible for police cars to follow the same parking rules as everyone else. Still, while patrolling, they ensure they park in ways that wouldn’t cause danger to the public. Usually, as long as they keep that in mind, the public may not mind.

People get concerned when cops’ nonchalant parking directly or indirectly causes harm to citizens. It doesn’t matter much if they faced an emergency. This is because their wrong parking may escalate into another emergency.

So while patrolling, police officers really shouldn’t park anywhere except an emergency occurs.

That’s why even in emergencies, they ought to be conscious enough to avoid blocking entrances and safety exits into streets.

Also, emergencies do not always warrant illegal parking. This means the police can face an emergency and there’d still be plenty of space to park legally. If they park wrongly anyway, the public would have no choice but to blame them.

What Happens If Police Cars Break the Rules?

There are a few cases of police cars getting parking tickets. Still, it’s not something you see every day.

We’ve established that there are gray areas in the rules. This makes it even more difficult to give police cars parking tickets. That, coupled with the several exemption laws they have, makes it almost impossible to enact disciplinary action against them.

There are more obstacles that make ticketing them tough. It’s hard to keep track of events, how they occurred, and what they could’ve done better. Therefore, they usually get away with it.

Other times, it’s clear they’ve broken the rules for no justifiable reason. However, even when that happens, sentiment may prevent traffic wardens from giving them tickets. Most people believe law enforcement will usually “have each other’s backs”.

Some people believe that parking laws shouldn’t apply to police vehicles at all. Others feel the rules should strictly apply to them to curtail recklessness.

Other than tickets, they may get in serious trouble if breaking the rules leads to something disastrous. If reckless parking leads to serious injury or loss of life, they’d answer to whoever’s in charge or a panel. However, we can’t give you details of how that works.

Who Else May Get Exempted From Parking Rules?

Police cars are not the only vehicles that don’t always have to follow parking rules. They also exempt health workers from some parking rules.

An example is ambulances. They can usually park wherever they like as long as there’s an emergency.

No one would think to issue a ticket when a life is involved. Doctors on call may also park their personal cars in spaces where signs prohibit parking. We wouldn’t want a patient dying just because a doctor couldn’t find a parking space, would we?

However, like all privileges, there are limits and doctors shouldn’t abuse them either. They must have some sort of identification, so the warden knows not to ticket their cars. There’s also a duration in which the cars must not exceed its stay in the parking space, usually an hour.

Firefighters are perhaps the second most privileged people with parking next to ambulances. They literally just have to show up and put out fires or anything else they’re needed for. No one tickets a fire truck.

People with blue badges can also park in otherwise prohibited spaces without attracting a fine. The disabled spaces in parking lots are also meant for them. However, blue badges are meant for disabled citizens only.

When you think about it, everyone, including you, might get a free pass when an emergency is involved. It’s only more pronounced for health workers and fire fighters because their daily lives are centered on emergencies.

People are usually agitated and pay extra attention when it comes to police discipline. This is good as it ensures they obey the law even as they enforce it.

However, it’s best to not find faults in all they do and give them credit for what they do. They obey parking and traffic rules like everyone else unless they have to break it.