People who buy Nissan Frontier trucks may be looking for basic vehicles to help them complete the work they need to do. For instance, they may need to transport rolls of sod.

We already looked at how long the Nissan Frontier last and now we’ll look at some of the most common issues with them.

While they want a reliable vehicle, the Frontier may have some issues that make their jobs harder. 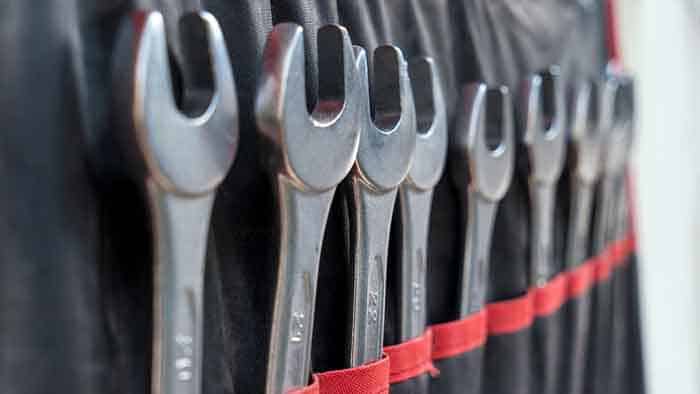 This particular problem developed in the 2005 to 2007 Frontier model years. Bad seals in the vehicles’ radiators led to coolant escaing from the radiator, where the fluid got into the transmission oil.

Result: the transmissions of these vehicles failed, which led to expensive repairs.

The automaker was hit with a class action lawsuit and responded by offering a limited warranty. For cars with less than 80,000 miles, Nissan covered the entire cost of repair. Up to 100,000 miles, the automaker covered a part of the repairs, leaving the vehicle owner to cover the remainder.

After 100,000 miles, this warranty coverage ended.

One owner of a 2022 Nissan Frontier filed a complaint about their vehicle to the National Highway Transportation Safety Board (NHTSB). The issues ranged from something loose under the truck’s hood, leading to a “cracking” sound.

Next, the aerial and backup camera stopped functioning.

All of these issues were tracked back to issues with the vehicle’s electrical system.

Issues with the Truck’s Drivetrain

The drivetrain consists of several different parts that send power to the wheels. This also includes the transmission.

Some Frontiers have problems with the cooling system in the engine. This could lead to transmission failure or overheating of the engine.

Other drivetrain issues include clunking noises, a whining sound from the rear differential, problems with shifting and premature wear of several parts.

The Truck Engine Does Not Start, or it Stalls

The vehicle’s distributor shaft bearing may become rusty. This leads to the bearing “seizing.” If this happens, the engine may not start. Or it may stall in traffic.

The average mileage on Frontier trucks with this problem ranged between 22,000 to 276,000.

As for the model years which were affected, this included:

Other model years affected included the 2002 through the 2012 model years.

The truck’s timing chain is manufactured by being stamped on a die press. As the truck is used over several years, it begins to wear out, which results in sharp edges on the chain.

These sharp edges slice through the tensioner, which is made from plastic.

Once the tensioner has been worn through, the chain will begin to ride on the tensioner plunger, which is made from steel. Drivers report a whining sound as they are driving.

If this goes on long enough, one or more problems may develop.

The chain may wear a whole through the block; or it may “jump time,” which leads to damage in the valves and valve train. If the problem still goes without repair, the truck owner is risking a major engine failure.

While this problem was most noticed in 2005 to 2007 models, it was also noticed on later models up through the 2010 model year. This issue developed at both low and high mileage–the sharpness of the chain affects this.

Vehicle manufacturers may be feeling intense pressure to manufacture automatic transmissions with eight or nine speeds. This also requires computer shift mapping to be altered, which allows these higher transmission speeds.

As a result, vehicles, including the Frontier, have begun shifting up to the highest speed; and when the driver slows down or stops, the transmission will not downshift appropriately.

Thus, the driver has to drive in manual mode so they can downshift as needed.

The brake system in Nissal Frontier trucks may lead to braking which feels spongy, rather than firm.

Along with soft braking, Nissan Frontier owners have sent reports to the NHTSA, complaining of excessive rusting in the braking system.

This may lead to a hazardous situation on the road.

The fuel level sensor in the truck may fail, leading to inaccurate fuel level readings. The “check engine” light may also illuminate; this may be related to the fuel gauge issue.

The average mileage of affected vehicles is 92,252. This may be related to the fuel pump, which might need to be replaced.

The interior of this truck looks and feels “cheap.” It features mainly hard plastic, which isn’t something that a new Frontier owner appreciates.

Looking at indicator lights, a warning light that tells the vehicle’s owner that the airbag isn’t active may lead to a shrug.

What this vehicle needs is a tire pressure indicator light.

This light should inform the owner of the pressure of each individual tire.

Next, the bolting brackets for the seatbelt on the left rear seat could be looser than safety dictates. In the event of an accident, the person sitting in this seat runs the risk of more serious injuries.

Issues with the Engine

That dreaded “check engine” light may begin lighting up due to a range of problems.

This vehicle has documented issues with acceleration, as well as engine mounts, can lead to some frustration with Frontier owners–they bought the vehicle, looking for a ride they could depend on.

Going back to acceleration issues, some trucks don’t accelerate as they should.

This coupled with other issues connected to this Nissan truck may lead owners to look for a different make and model when they are ready to buy a new vehicle.

The “check engine” light does not come on for this issue, which could cause safety problems to the truck’s driver as well as others driving close by.

Corroded connectors lead to this issue; also, if the connectors are so clogged with rust they can’t be cleaned, may contribute to this problem. Internal failures may also leed to failure of the fuel injector. The average mileage of a vehicle with this problem is 81,002.

Problems with the Seatbelt and Airbags

If the owner of a Frontier sees their truck’s “airbag warning” light come on, they should take care of it as quickly as poss8ble.

These safety features are supposed to protect the driver and their passengers. Some seatbelt latches have found to be defective, leading to unsafe operation of the seatbelt.

In some collisions, airbags have not deployed, potentially leading to serious injuries to the driver or their passengers.

Loose Screws in the Intake Manifold

If the screws aren’t properly tightened, they may loosen and fall out.

Should this happen, they may cause damage to the engine.

This problem was reported in a 2005 model Frontier truck. By using power valve butterfly screws with a strong thread locker, this issue may be avoided.

Owners of Frontier trucks may notice a strange noise coming out from under the hood of their truck. This could be due to too much slack in the secondary timing chain (the chain is too loose). In response, Nissan sent out a service bulletin (NTB09-128) about this issue and its cause.

To make the noise stop, both timing chains need to be replaced.

In addition, the tensioner shoes also need replacement. Beyond that, the engine oil and oil filter have to be replaced.

The charcoal vent control valve may be defective, leading to the “Check Engine” light coming on.

This canister is a vital part of the evaporative emissions system. This means that the vent valve, which has failed, will have to be replaced. In all, 16 model years have been affected by this issue.

As the truck owner drives their truck, carbon begins to accumulate in the EGR valve. Eventually, the truck begins to experience severe misfiring incidents; the “check engine” light can also illuminate.

When either one of these happen – or just one event happens – the vehicle owner should take their truck in for servicing.

When they mention the misfiring and check engine light coming on, the mechanic should consider whether carbon has clogged the EGR valve.

While the truck is being worked on, the EGR valve and passages have to be cleaned to get rid of this problem.

This problem developed in the model years ranging from 1998 through 2007.

The Nissan Frontier appears to be a work truck that is up to the job. However, over several years, various mechanical problems presented themselves, leading to frustrated truck owners filing complaints with various agencies.

When the Nissan corporation begins work on a new model year, it may want to consider looking at all of these problems and finding ways to resolve them.