Japanese automobile company, Toyota started production of the Toyota Celica as far back as 1970. Its existence spanned multiple decades, from the 1971 model year to the 2006 model year, which was its last.

During its time, the Toyota Celica was one of the best and most popular, affordable sport cars in the world. It won the Motor Trend Import Car of the Year award multiple times and achieved a considerable level of success.

Let’s examine some of the Toyota Celica’s most common problems as reported by past and present owners. 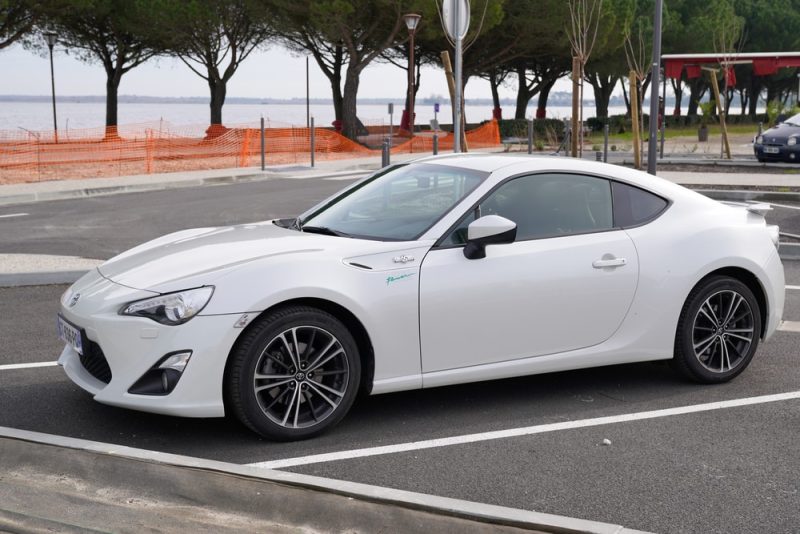 1. Problems With the Engine and Its Components

Engine problems are some of the most reported problems with the Toyota Celica.

On Carproblemzoo alone, there were 75 reports about the Celica’s engine and engine coolants out of 286 problems in total. Let’s get into the nitty-gritty.

Toyota Celica owners have expressed their frustrations with the vehicle’s extravagant consumption of engine oil. Many of these owners reported the unpleasantness of having to refill with a quart of oil per trip.

One owner was even more specific, claiming that the Celica burns oil at around 1 quart per 500 miles. Many of the owners also decried the rather loud unresponsiveness of the manufacturer regarding the issue.

This issue is most common with the 2000 and 2001 models of the Toyota Celica.

A number of Toyota Celica owners have reported serious problems with the serpentine belt pre-tensioner. The problem reportedly starts with loud rattling noises, and later, the belts would start slipping.

This problem has been recognized as one that poses a risk to the life and safety of drivers and passengers.

Some Celica owners complained about a billowing smoke from the vehicle’s exhaust. The reports showed this problem is linked to the earlier-mentioned issue of excessive oil consumption.

The problem is more common with Toyota Celica models with over 50,000 miles on the odometer.

Below are some potential causes of the afore-listed Toyota Celica engine problems, as well as workable solutions:

Piston rings are important because they help keep the engine oil in the crankcase and the fuel/air mixture in the cylinders. If the piston rings are faulty, the oil will keep burning up, which could lead to significant damage.

For a smooth running of the engine, there are components known as gaskets working as a seal between the engine block and the cylinder head. However, gaskets are susceptible to blowing up, and when they do, all sorts of issues follow, including excessive oil consumption and poor fuel economy.

A serpentine belt functions alongside multiple pulleys, and if any of the pulleys are not properly lined up, the belt will rattle or squeal. It will wear out after some time, causing problems for the serpentine time and the engine altogether.

Oil leaks could also be responsible for serpentine belt issues. This happens when oil starts leaking around the belt area and eventually soaks the belt in lubricant, leading to serious damage.

If you have noticed a problem with your Toyota Celica’s engine, we strongly advise having a trusted auto expert run a diagnosis. This will help determine the exact nature of the issue and the appropriate solution.

2. Issues With the Vehicle’s Powertrain

Several Toyota Celica owners have expressed their dissatisfaction with the vehicle’s powertrain and manual transmission.

Another commonly reported transmission issue was with the gears. Owners complained about a malfunction in gear shifting, which could potentially result in a crash.

We also found reports of the vehicle jerking around and the clutch pedal getting stuck to the floor. Some of the owners reported avoiding potential crashes by picking the pedal up with their feet.

Here are some of the potential causes and solutions to the issues mentioned above:

A broken clutch cable could be the reason the clutch pedal goes all the way to the floor and gets stuck there.

If your gear keeps slipping and malfunctioning, it is likely because of a damaged clutch master cylinder. It could also result from problems with components such as the release fork and the release bearing.

Other causes of manual transmission issues include:

Transmission issues can be very crippling; hence, they require immediate attention. If the vehicle is close to or has exceeded 100,000 miles, you’ll most likely have to replace the entire transmission. In some other cases, replacing just the faulty components will do.

The most important thing is to have a trusted auto expert diagnose the problem and come up with a solution.

3. Problems With the Airbag

A vehicle’s airbag is crucial to the safety of its driver and passenger, if there are any. Thankfully, Toyota Celica models come equipped with functional airbags. However, there are several complaints about the airbags’ operations.

A number of Toyota Celica drivers reported that the airbags failed to deploy during a serious crash or collision. Many of these owners suffered serious injuries to their body and barely avoided death because of this malfunction.

Some other Celica owners also complained about the airbag sensor light illuminating permanently. One particular owner even claimed that the problem persisted even after resetting the sensor four times.

The following are possible causes and ways to resolve these issues:

If the airbags fail to deploy in the event of a serious accident, it is most likely because of defective sensors. Airbag sensors help to detect the impact of a crash and consequently trigger the airbags and if they are damaged, the airbags will not deploy.

If the airbags wires are routed through areas where they are vulnerable to severance; it could prove dangerous during a crash. This is because the severance will very likely happen during the crash, depending on the impact, and the airbags will not deploy once the wires are severed.

A common occurrence in used vehicles is the failure of past owners to replace the airbags after they have been deployed. So, when a used Celica model fails to deploy its airbags during a crash, it could be because there are no airbags to be deployed in the first place.

A weak car battery could also mean a depleted airbag backup battery, which could cause the sensor light to stay on.

The clock spring helps a great deal in maintaining continuity between the wiring and the airbags. The spring often wears out after a long time, which could light up the airbag warning light.

The airbag system is nothing to mess with; hence, we advise letting a professional handle it by way of a proper diagnosis so you can get the problem fixed permanently.

Here are general pros and cons of the Toyota Celica:

Here are some of the Toyota Celica’s fine points:

One of the high points of the Toyota Celica is its very decent fuel economy. It has a massive MPG of 33 on the highway and 25 in the city for a combined average of 28. This helps Toyota Celica owners save up to $250 in fuel costs over five years.

The Toyota Celica also prides itself in the comfort that oozes through its seats, even on a long drive. Many owners on Consumer Reports and other such platforms attest to this, demonstrating impressive consumer satisfaction in that area.

If there is one thing the Toyota Celica is renowned for, it is its absolutely beautiful exterior. The Celica was discontinued in 2006, but its exterior style would still pass for “gorgeous” even in today’s auto climate.

As we browsed through consumer reviews of the Toyota Celica, we couldn’t help but notice the high praise for its running costs. Many of the owners who had apparently used other cars in the past lauded the Celica’s decent maintenance costs.

The Toyota Celica also boasts a long list of safety features to keep its owners and their passengers safe. The features include:

• Recurrent Problems With the Engine and Components

• Issues With the Vehicle’s Powertrain

• Problems With the Airbag

“It’s every bit as good to drive as it is to look at, too. You sit in a suitably sporting low driving position and, in traffic, its typically light Toyota controls make it easy to get around. Then, on the open road, you can really enjoy the crisp steering, slick gearchange, and sharp handling. In many ways, it’s the best of both worlds.”

Great looking, reliable car that is really fun to drive. … A very attractive car that looks faster than it actually is. Great fun and very comfortable to drive

What Is the Resale Value of the Toyota Celica?