It offers enough speed for performance freaks, yet it is more comfortable than most modern-day sportbikes. There’s no denying that the XJR 1200 is a valuable investment.

However, it’s best if you knew the problems associated with this model.

To help you, we’ve compiled a list of common issues experienced by owners of the XJR 1200.

Here are the most common problems with the XJR 1200: 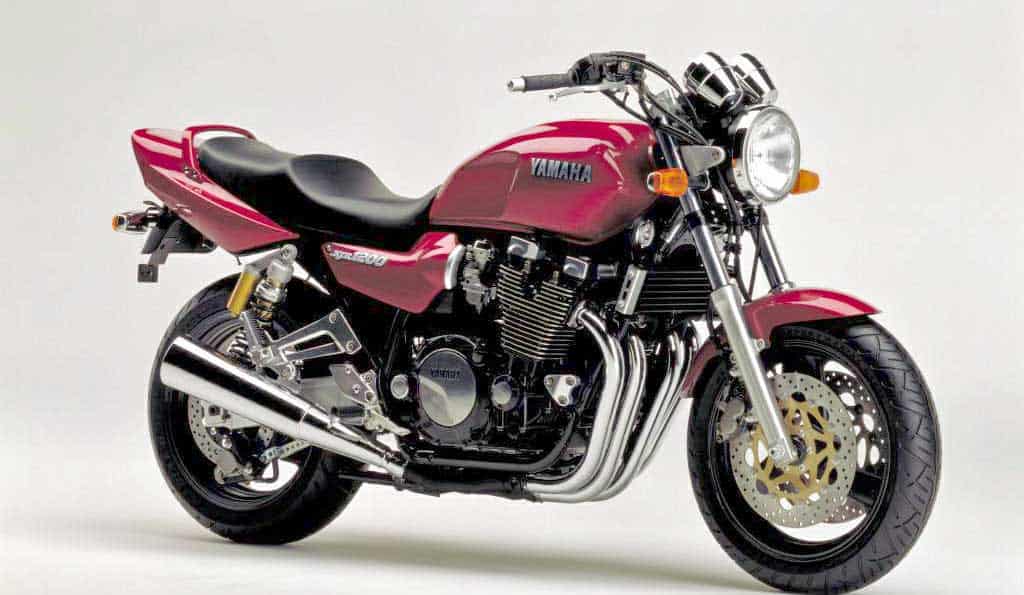 1. Engine Cuts Out While Riding

Some owners of the Yamaha XJR 1200 model have complained that the bike tends to run poorly.

One of the problems associated with this is that the engine tends to cut out while riding.

An engine cutting out is the same thing as engine stalling, which means your bike may lose power and stop running.

No one wants to have the engine on his bike cutting out while riding, as it can ruin the entire experience. Moreover, it can put the rider at risk of a collision or crash.

For instance, if you’re riding on a four-lane highway and your bike suddenly stops moving.

A speeding car or truck can easily rear-end your bike, causing a crash.

A number of things can be responsible for this problem:

If the spark plugs are dirty or faulty, they may provide a weak spark or no spark at all. Should this happen, the fuel mixture won’t ignite, and the bike won’t get the power it needs to run.

Another potential cause of the problem is a faulty pickup coil. The pickup coils work in tandem with the bike’s ignition system to ensure the bike runs properly. If the pickup coil is faulty, the engine won’t receive any spark.

In addition, a failed pickup coil (or one that’s about to fail) will definitely cause engine stalling. Prior to the stall, you may notice that the engine is idling roughly as it warms up. Shortly after you start riding, the bike will stall and won’t start until the engine is cooled.

Finally, some owners have reported the stalling problem to be a result of trapped vent hoses. The vent hoses help your bike’s engine breathe and reduce the gas vapors that escape into the tank during fueling.

You could easily trap/dislocate the vent hoses, especially if you disassemble the carbs or take the tank off.

If this is the case, the bike’s fuel supply will be affected, and the engine may cut out at speed.

Engine problems seem to be a common issue on the XJR 1200 models.

Apart from the engine cutting out, riders have also reported cases of engine misfires and backfire. To clarify, a misfire and a backfire are not the same things.

An engine backfires when the engine is getting too much fuel at the expense of air, i.e., it is “running rich.” The excess (unburned) fuel then ignites in the intake manifold or exhaust manifold instead of a cylinder.

You’ll likely hear a mild popping noise or strong bang in the exhaust when the backfire occurs.

Conversely, the misfire results from an overabundance of air in the engine, i.e., it is “running lean.”

Once there’s an imbalance in the fuel-to-air ratio, one or more cylinders may refuse to fire. What happens afterward is misfiring; you may hear popping or chuffing noise from the engine when the misfire occurs.

Engine misfires and backfires are some of the most frustrating problems for riders, especially those unfamiliar with an engine’s inner workings.

It is quite normal for a motorcycle to vibrate while riding. The up-and-down movement of the pistons in the engine produces shaking forces, which cause vibration. This type of vibration is hardly noticeable and won’t be a source of discomfort.

However, if vibrations become pronounced and cause discomfort, something is wrong. This engine vibration problem affects the Yamaha XJR models, including the XJR 1200 and its spin-off, the XJR 1300.

According to reports, the engine on this model vibrates excessively, making for an uncomfortable ride. An interesting fact is that the engine vibration mostly occurs between 3000-5000 RPM.

A number of things can cause this problem. First off, we have loose engine mounts; engine mounts separate the engine and the bike’s frame. This prevents the engine’s vibrations from reaching the frame, which will cause the bike to vibrate.

Also, a bad crankshaft may be responsible for engine vibration. If this component is faulty, the engine may start to give off higher levels of vibration.

Unbalanced carbs are another potential cause of high engine vibration. Generally, the engine in a bike will run roughly when the carbs are uncoordinated. Unsteady idle, bogging, and of course, vibration is some of the problems you’ll experience with out-of-sync carbs.

General Pros and Cons of the Yamaha XJR 1200:

Here are the selling points and shortcomings of the XJR 1200:

As we said earlier in the article, the XJR 1200 was part of the naked muscle bikes popular in the 90s.

If you’re looking for an affordable performance bike, you’d be hard-pressed to find a better option than the Yamaha XJR 1200.

The riding position is fairly upright and comfortable for long rides.

In addition, the handling is particularly responsive and gives the rider a sense of control.

However, the high weight of the bike may affect handling on occasions.

The Yamaha XJR 1200 features shiny black paint along with chrome polish on certain components, all of which accentuate its retro look.

If you find classic bikes appealing and are willing to fork over the cash, the XJR 1200 is an excellent option.

Here are some of the drawbacks of the Yamaha XJR 1200:

“If you do hanker after that authentic 1970s experience, then consider the Yamaha XJR 1200 retro motorbike. With a meaty four-cylinder, air-cooled engine, derived from the XS 1100, the Yamaha XJR 1200 has a right look, feel and comfort levels for a trip down memory lane.”

What’s The Resale Value On the Yamaha XJR 1200?

Note: You may have to import these bikes into the U.S.A. In addition, these prices may vary based on factors such as mileage, location, etc.