Introduced in 2001, the FJR 1300 is among Yamaha’s line of venerable sport touring motorcycles.

With a powerful engine and adjustable suspension, this model puts the word “sport” in the sport touring. Moreover, it offers an attractive combination of powerful performance and comfortable riding.

While this model is attractive, you should know the problems that come with it. To help you, we’ve compiled a list of common problems with these bikes.

Based on customer complaints, here are the most widespread issues encountered on the Yamaha FJR 1300 bikes: 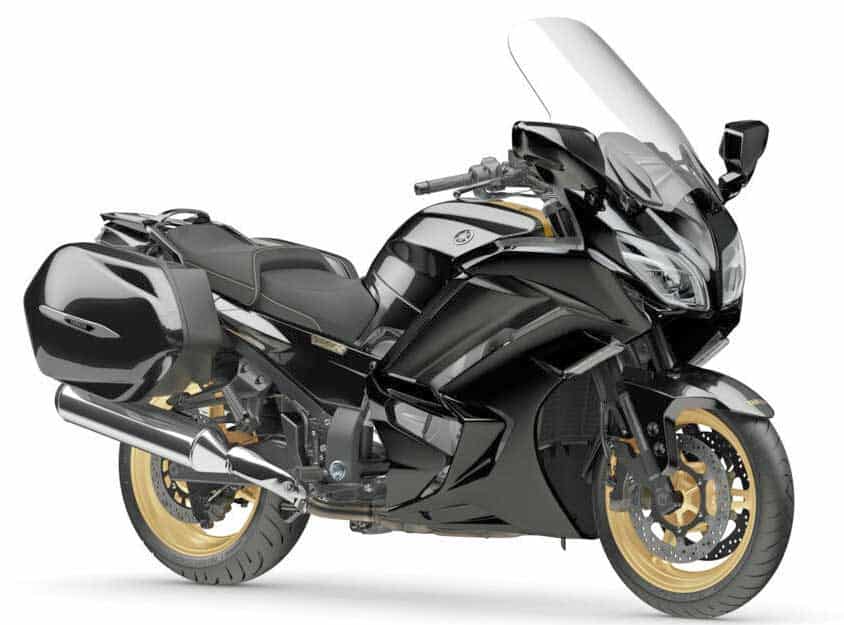 When looking into controversies surrounding the FJR 1300, the first you’ll probably find is the various threads discussing a “ticking” noise.

That said, if you’re buying an old model, you should be vigilant about this problem, the year models affected, and what other owners have learned.

The ticking noise is first noticed at idle once the bike’s engine is warm. Per reports, the ticking usually becomes more pronounced when the clock hits 4000-9000 miles.

Before the noise becomes modulated, many riders had it pegged as a cam chain noise. However, this ticking noise is distinct from the cam chain noise as it occurs on the engine’s left side rather than the right and gets worse once you hit that 4000-9000 mile range.

It’s ‘said that if the bike hits 12,000 miles and doesn’t tick, your model isn’t affected. Moreover, ticking rarely occurs when the bike is cold.

This means you can only diagnose this problem when your bike is warm.

How to Listen for a Ticking Noise:

2. Park the Bike and Listen for the Noise:

Possible Causes for the Ticking Noise:

While there hasn’t been a settled diagnosis, the noise has been defeated.

One theory is that the ticking noise results from the improper closing of the exhaust valves. The tick is the sound of the valves jerking back into place, over and over again.

Multiple diagnoses found that exhaust valve guides on the affected bikes were prone to abnormal wear. Consequently, the valve stems start moving around more than they should.

Some owners of the affected bikes also found unburned oil in the exhaust unit on their bikes. While the oil source isn’t obvious, the consensus is that the oil is a sign of defective exhaust valve guide seals.

Over time, you may see oil stains on the rear muffler outlet ports. This may be a sign that the oil in the exhaust has damaged the catalytic converter. Besides, the exhaust valves’ improper closing often causes a reduction in the bike’s power output.

This explains why owners report increased performance on their bikes after fixing the ticking problem.

Several fixes have been suggested for this problem, from valve clearance checks to timing chain tensioner replacement. However, the consensus is that checking the exhaust valve guides for excessive wear is the best fix. Yamaha specifically asked dealers to measure wear in the guides and replace them if worn.

If you have a bike facing this problem, we’d advise you to have the exhaust valve guides inspected at a Yamaha-literate repair shop, as a Yamaha mechanic will be more familiar with the issue.

You may need to replace the old guides with newer variants that have stronger seals.

On some FJR 1300 bikes, owners reportedly found it hard to downshift- using the foot-controlled shifter to shift down to a lower gear.

This is a rare problem, but riders who’ve encountered it reported that the shifter would move down physically, but the bike wouldn’t change gears.

This is called a missed shift.

This problem can occur on any bike that’s ridden hard and not regularly inspected or properly maintained.

Let’s take a look at the two main culprits of missed shifts.

The most common culprit for missed shifts on an FJR 1300 is running old, contaminated, or improper oil.

Unlike many cars, a motorcycle shares oil between the engine and the transmission. It’s important to run oil that serves both functions.

Running auto-oil with additives could cause slipping, but running clunky stuff could binds up and gums up in your gears and may cause your shifts to miss, in addition to other problems down the road.

Oil heats up and expands and then cools and retracts. After this process repeats itself, the oil changes’ general viscosity, and the oil needs to be replaced.

The most sure-fire way to hit all these targets is to use stock synthetic oil that Yamaha suggests and change it according to Yamaha’s maintenance schedule in the owner’s manual.

Another popular cause for difficulty on the downshift is debris interference, contamination, or corrosion on your shift lever, its pivot points, or linkages.

You can diagnose and rectify this issue in one step by removing the shift lever and linkage to clean the pivot points.

While it’s off, check all the linkages for tightness or corrosion.

The shifting mechanism needs to be lubricated from time to time. Once again, if you’re adhering to the maintenance schedule suggested by Yamaha, you’ll be solving this problem before it starts.

In almost all cases we’ve analyzed, missed shifting on a Yamaha FJR1300 resulted from a lack of routine upkeep.

This problem affects most motorcycles, so it’s not an “FJR 1300” problem per se.

The battery powers the ignition system of your bike. Without the battery, you won’t be able to start your motorcycle at all.

Most FJR 1300 owners that reported this problem had high-mileage bikes. More than anything, this shows that the problem is one to be expected. Batteries tend to wear out with use, especially if exposed consistently to moisture, e.g., rain.

Sometimes it’s as simple as loose battery terminals. Bikes shake and rattle as they roll, and screws can knock loose over time. When experiencing electronic power-cutting issues, the first thing to ensure is that your battery terminals are screwed on nice and tight.

However, it could also be that the battery is defective, particularly if the bike isn’t a high-mileage model. Maybe the bike’s battery is experiencing a “parasitic drain.” In such situations, a component left running by mistake could drain power from the battery.

With time, the battery’s power may reduce until it dies finally.

If the battery is worn due to age, getting a replacement is the best option to remedy the problem.

This is another problem with the earlier models.

This one mostly affects those bikes released during the first generation of the FJR 1300 model.

If you’re buying a later-generation model, you may not have to worry about this issue.

If you’re buying a first-generation model, it’s advisable to take it for a test ride and see if it gets unbearably hot. In fact, it’s best if you rode on a scorching afternoon because that’s when the problem typically occurs.

Note: excessive engine heat is not a sign of engine problems. It’s merely a case of hot air from the engine being redirected to the rider.

Yamaha replaced the flat radiator with a curved one on later models, explaining why newer models don’t face this problem.

Using a curved radiator forces hot air to pass through the radiator and out to the bike’s sides.

This is essential because the hot air can be trapped in the fairing between the bike and the rider’s legs.

Their other fix involved a redesign of the fairing to allow for better airflow around the bike. This redesign ensured that cool air from the front of the bike went around the headlights, above the radiator, and below the fuel tank.

This way, the inner fairing and fuel tank can stay cool.

If you’re stuck with 2001-2002 FJR 1300 and are experiencing the heat issue, Yamaha might be able to fit your bike with upgrades to prevent it.

We suggest having them assess the situation and cost it out.

Still, if you’re handy with a wrench and looking for a  DIY fix:

General Pros and Cons of the Yamaha FJR 1300

Here are the positive and negative qualities of the FJR 1300:

Thanks to a liquid-cooled inline-four 128cc engine, the FJR 1300 has enough power to satisfy most performance enthusiasts.

With up to 143 horsepower and 102 lb-ft of torque, the FJR 1300 is ideal for both canyon-carving rides and high-speed cruising.

If you’ve been looking for the quintessential touring machine, the FJR 1300 is the perfect bike for you.

It has an electronically adjustable suspension that allows you to tweak suspension settings to increase your comfort level.

This means the FJR 1300 will deliver the best riding experience, regardless of road conditions.

The FJR 1300 comes standard with double 30-liter color-matched saddlebags, so you can pack things you need for those long tours.

Besides, the bags are “quick-release” types, and you don’t have to stress before installing or removing them.

There’s even a 12-volt 30-watt DC power outlet in this compartment for added convenience.

Meanwhile, the UBS helps “link” the front and rear brakes.

Here are the most widespread problems of the FJR 1300:

“Famous for outstanding reliability and performance, the FJR1300 has a reputation second to none in the sport-touring the world. Featuring the latest electronic rider aids and bold styling, the third-generation FJR offers more comfort, performance, and value than ever before.”

What Is the Resale Value On the Yamaha FJR 1300?

Note: These prices may vary based on different factors, including mileage, region, etc.