The Honda 919, called the Hornet 900 in Europe, was a straightforward streetfighter that roots back to the first-gen CB900F that dominated from ‘79-’83 with its naked cafe style and accessibility.

The second generation, which was available from 2002 through 2007 as the Hornet 900 in Europe and the 919 in North America, was Honda’s attempt to crack into the emergent naked/standard market.

Until the launch of the fabled CB1000R wiped it out of production, the Honda 919 was a fun and extremely reliable street ripper, though no bike is perfect. What were the common problems with the Honda 919?

The forums are buzzing with Hornet Feedback—stay tuned and we’ll sting you with the deets! 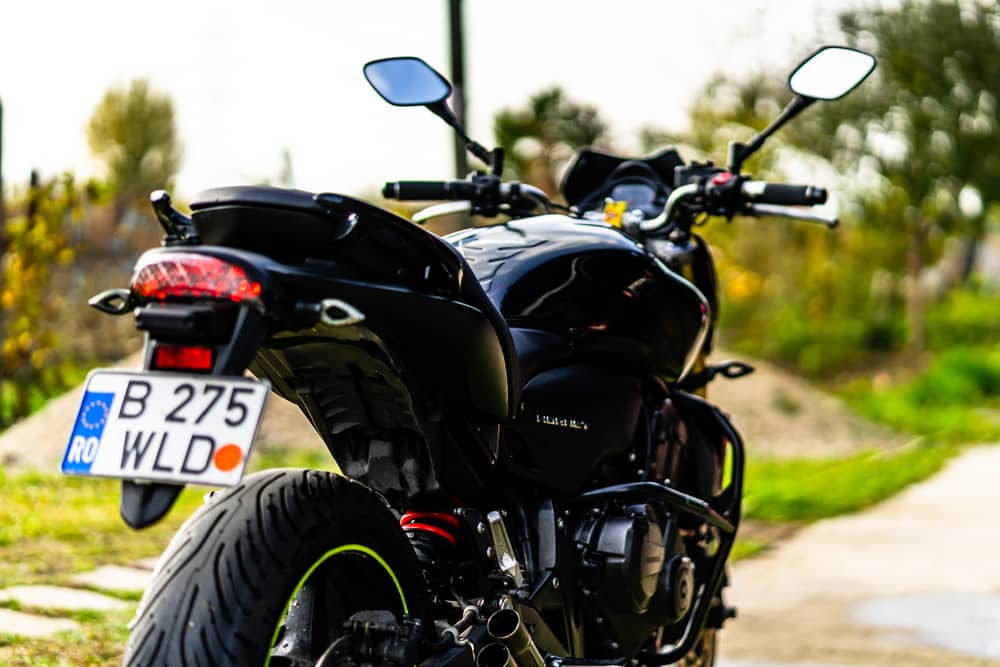 One of the most common complaints among Honda 919 owners is the prompt wear and tear of the streetfighter’s Cam Chain Tensioner.

Unlike some of the manually adjustable tensioners used on other makes and models, various early 2000s Honda models, including the 919, stocked a tensioner designed to adjust itself automatically during use.

First things first—let’s consider how a Cam Chain Tensioner works on a Honda 919:

Your Honda Hornet/919’s timing chain links its engine crankshaft and its camshafts, so they spin in a powerful unison with each other, counterbalancing the timing between the pistons and valves, so the motor operates in harmony.

As its name implies, the Cam Chain Tensioner is a component engineered to keep the timing chain at its spec tension.

As we mentioned earlier, while some bikes utilize a manually adjustable CCT, the 919 used an automatic tensioner.

A properly functioning automatic tensioner is convenient, sure; if an auto-cam chain tensioner fails to tighten the chain automatically like it’s supposed to, it’s essentially useless.

When loosened, the chain slaps around, giving it the potential to cause some damage to components in its proximity and causing an obnoxious rattle in the process.

Solutions for a Failing OEM Automatic Hydraulic Cam Chain Tensioner on a Honda 919:

Here’re ways to resolve a failing CCT on a Honda 919:

When the 919 was in production, Honda’s factory hydraulic tensioners relied on engine oil pressure to maintain the correct tension of the timing chain.

As riders ripped their streetfighters at high RPMs, the tensioners became too tight and created excessive premature wear. It didn’t stop at acceleration, either—hard throttle lifts during deceleration could cause the bike’s motor to drop in oil pressure, causing the cams to shoot out of proper time.

I’ve heard mechanics and riders alike claim that altering oil pressure conditions could result in broken pistons and bent valves. If left unchecked, this could lead to a complete valve train failure.

A quality aftermarket manual Cam Chain Tensioner should come with detailed installation instructions. If your research only brings you doubt, hit up your trusted Honda tech to find out what Cam Chain Tensioner is right for your 919; I’m sure they’ll be happy to suggest a few favorites and to slap it on for you when it arrives.

Another matter frequently discussed in the owner forums is the 919’s suspension; it’s non-adjustable.

While the Honda CB900 Hornet/919’s cartridge fork and remote-reservoir shocks are Honda-quality engineered and fabricated through and through, the naked-bike standard tends to be a stock field-adjustable suspension package for a more versatile riding style.

That said, the factory components did work great for what they were intended to do—this is more of a common complaint indicative of a matter of taste than it is a problem.

In short, it’s not that the suspension the 919s rolled out the factory door with was poor quality or failed to do its job; quite the contrary. But naked street ripping motorbikes have come a long way since the heyday of the 919; a non-adjustable suspension can make riders reluctant to embrace the sportier sie of standard bike riding.

3. Not Equipped for Long Highway Rides

Honda designed the 919 to be a naked, city-street ripper.

That said, some of the streetfighting strangers I encountered online think that the de-tuned motor it borrows from the race-ready Honda CBR900RR should be able to handle the highway better than it does.

The liquid-cooled, straight-four motor is more than equipped to handle the task roasting up a highway, but the seat is uncomfortable after a while. More importantly, the bike bars and pegs tend to shake after 80 mph.

The seat position is standard for a naked bike, and the seat itself is relatively comfortable.

For long rips, though, the seat is a bit hard, and its forward favoring ergonomics immobilizes the rider a bit more than is comfortable on the open freeway.

And while the city streetfighter’s classic mirrors give the rider an acceptable rear-view, they don’t provide highway-level visibility.

But it’s not a sport-tourer; classic mirrors are expected on a commuting-focused standard bike like the 919.

More than anything else, it’s the speed vibration in the handlebar and footpegs at 5000 rpm, right when you hit 80 mph that makes the Honda 919 less than ideal for lengthy high-speed rides on the open road.

For every two mechanically savvy self-proclaimed bike experts who praise Honda for their reliability, there’s a third who can’t wait to point out how, in the 90’s-early 2000s, Honda’s Regulator/Rectifiers were known to burn out early.

The 919 was assembled during that plagued period, though R/R failures aren’t nearly as widespread on the 919 as they seem to be as some of the other Hondas of their day.

Still, one of the common problems we’ve encountered 919 owners expressing indicates at least a few of the faulty Regulator/Rectifiers made their way onto the 919cc Hornet.

What Is a Regulator/Rectifier?

Like most bikes, the 919 charges its battery through an electronics system. That system almost always includes a Regulator/Rectifier (R/R). The R/R regulates and rectifies voltage by converting AC power into DC power and holding the DC power under 14.5 volts before routing it to charge the battery.

The only way to fix a failing R/R on any bike is to replace it with a new one. Aftermarket options handle heat better than the factory R/Rs Honda equipped the 919.

Do some research, and you’ll find a high-quality alternative that might even cost you less than an OEM replacement, though Honda’s factory R/R’s have made significant improvements since the days of the 919.

General Pros and Cons for the Honda 919

Here are some pros and cons of the Honda 919:

Commuting on the CB900 can be summed up in one word: fun. It’s easy to tell who rode in on the 919, as he has the grin of the cat that’s eaten the canary-he knows he’s been a bad boy, but just can’t resist. How can a bike make the daily grind fun? Well, for starters, the Honda makes it so darned, well…easy. Push the starter button, and you’re ready to roll. There’s a throttle-body-mounted fast idle knob, but we never needed it, even on mornings with temps in the 40-degree F. range. With the bike running, you can ride away now. The 919’s injection is crisp, the clutch and transmission light, and the steering neutral and precise at low speeds. Threading through traffic is a breeze, as the 919’s handlebar is narrow for a standard bike but still gives lots of leverage over the bike’s 485 pounds of well-centralized mass. The wheelbase is actually quite long (almost equal to the ZRX, in fact) but the bike acts like it’s at least two inches shorter. At real low rpms, the fuel injection can be a bit lurchy, and you’ll find yourself using the clutch a bit more often.

The fun part is mostly due to the CB’s engine, though. The bottom-end punch is super-strong for the modest 919cc, but mix that with the bike’s weight and this thing leaves a stop like a scared rabbit. If you’re feeling brazen, it’s a simple matter to be a bit careless with the throttle and loft the front end when you cross the crown of an intersection, but we don’t condone that kind of behavior. The sound-intake and exhaust-further eggs you on, almost like the bike is taunting you.