The Chevrolet Equinox is a compact SUV desired for its stellar handling, impressive ride quality, and comfortable cabin. Even with its small size, the Equinox is a practical family hauler.

Will it serve your driving needs in winter? 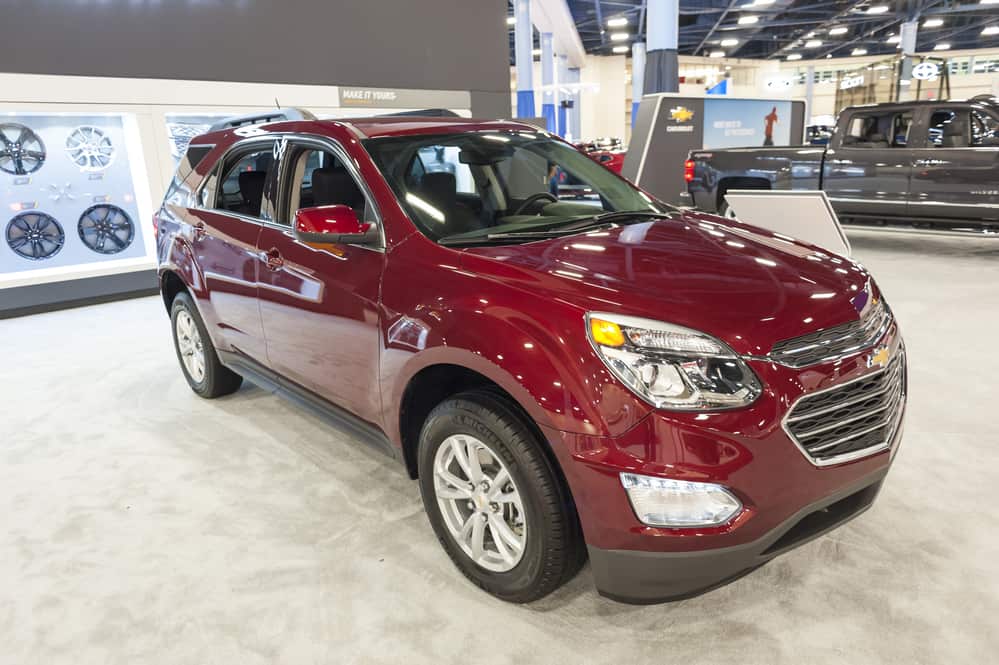 Here is the short answer about whether the Chevrolet Equinox is good for snow and winter driving:

The Chevrolet Equinox comes with a slew of driver assistance features that makes it ideal for winter. This includes Part-Time All-Wheel-Drive (AWD) for improved traction in snow. Safety technologies on the Equinox enhance winter driving by minimizing risks of road mishaps on slick roads.

Is a Chevrolet Equinox Good in the Snow?

With its compact size and useful storage space, the Chevrolet Equinox is great for hauling family and luggage on weekend trips. If you live in an area where heavy snowfall is common, you’d want to know if the Equinox drives well in snow.

Lucky for you, the Chevrolet Equinox is among the best compact SUVs we can recommend for snow driving. Decent ground clearance on the Equinox bolsters its snow driving capability. The considerable distance between your Equinox’s undercarriage and pavement reduces the chances of your wheels being stuck in snow.

The Chevrolet Equinox also has part-time AWD, which is ideal for driving on snowy terrain. Once activated, the AWD will adjust traction control by sending power to tires that are slipping. This prevents loss of traction and ensures your Equinox remains stable while cruising through snow.

The prowess of the Chevrolet Equinox in wintry situations is no fluke–it’s the result of a combination of different features designed to enhance winter driving. Here are some features that improve your Equinox’s performance in winter:

The Chevrolet Equinox comes standard with FWD. However, you can pay extra for part-time 4WD on any Chevrolet Equinox. Part-time AWD is by far the best feature for driving the Equinox models in snow.

However, this arrangement leaves the rear wheels with no power, increasing their chances of spinning out of control. The slippery conditions in winter exacerbate wheelspin and often cause the wheels to slip.

This is where AWD comes in; it can send power to all four wheels to prevent wheel slippage. The Equinox’s AWD is an on-demand system, so you have to engage it before it works.

Once active, AWD sends power to wheels that are slipping, preventing loss of traction and stability. AWD is especially useful when you’re driving on icy and snow-covered surfaces that offer little traction.

The Traction Control System on Chevy Equinoxes uses various sensors to detect when one or more wheels are slipping. This is a great feature to have in winter where the slick nature of roads can cause unrestrained wheel slip.

If TCS detects wheel slipping, it applies the brakes on either side of the affected wheel(s) to reduce its spinning. This stops uncontrolled wheelspin, which causes wheel slippage, and eventually, loss of traction.

Like Traction Control, StabiliTrak tracks wheel operation and detects wheel slip. However, it can also analyze steering input to know if you’ve lost control of the vehicle.

Should StabiliTrak sense that you’ve lost control, it will apply engine braking to reduce the car’s speed and apply brakes to wheels that are slipping. This does two things:

It slows down your vehicle so you can regain control. The reduction of engine speed and application of brake force on wheels will limit the vehicle’s speed. Which is good because it’s easy to control a slower car than a fast one.

It adjusts your car’s trajectory to ensure it stays on-course. Say, you were about to take a bend and lost control, StabiliTrak will apply brakes on the outside, forcing your vehicle to return to its original path.

The Antilock Brake System on the Chevrolet Equinox enables you to brake safely on wet pavement in winter. Braking on such surfaces often requires more force than average, but you could lock wheels, if you’re not careful.

ABS ensures you don’t have to worry about locking your wheels when you have to brake harder (especially in winter conditions). This guarantees safer and stronger braking and safeguards you against road mishaps.

When you brake, your wheels receive brake force, which forces them to decelerate. But application of excessive brake force can lock up the wheels and cause skidding.

If, when you brake, one brake loses speed faster than others do (signaling wheel lock); ABS rapidly applies and releases the brakes (pulsing). This action reduces brake force on that wheel and stops it from locking.

The Electronic Brake force Distribution is a subsystem of the Anti-lock Brake System. Like ABS, the EBD system monitors wheel operation while braking to detect wheel lock.

The difference is that EBD won’t pulse the brakes to decrease brake force on a wheel. Rather, it stabilizes the distribution of the brake force among the wheels. It controls the amount of brake force applied to each wheel.

With EBD, each wheel gets brake force commensurate to its load–wheels with higher load get more brake force and those with less load get minimal brake force. This is because the more load a wheel has, the lesser its chances of locking up.

The Brake Assist system on Chevrolet Equinox models decreases braking distances and allows drivers to stop faster during drives. Winter driving situations are infamous for making it harder for your drivers to halt vehicles.

Brake Assist’s sole job is to boost brake force when you apply the brakes. With Brake Assist on your Equinox, you can brake easily and faster, too.

Does an Equinox Have Snow Mode?

The Equinox doesn’t have a Snow Mode. Usually, the Snow Mode system on some models will adjust vehicle performance to improve traction and control in snowy conditions.

Though it lacks a Snow Mode feature, the Equinox can still drive well in snow as we’ve explained earlier. At the very least, features like Traction Control and StabiliTrak can help improve stability and grip in snow.

Can You Install Additional Snow Gear on Equinox?

The Equinox can be outfitted with a variety of snow gear designed to improve handling and drivability in snow. Some snow gears  you can install on your Equinox include:

Snow chains and snow tires are perhaps the most important snow gear for your Equinox. Both provide excellent traction on snow-covered roads and increase your vehicle’s stability in those conditions.

How Much Snow Can an Equinox Handle?

The Chevrolet Equinox has decent ground clearance that enables it to handle a considerable amount of snow. With close to seven inches of ground clearance, the Equinox can drive in snow up to six inches.

This means your Equinox can handle most of your snow driving needs. Unless you live in an area with constant blizzards, you should encounter an average of six inches.

Make sure to also read our article to find our whether the Hummer is good in snow.

The Chevrolet Equinox uses fuel injectors; thus, it has no problems with running in freezing temperatures.

Older vehicles used carburetors that often forced engines to warm up slowly. In fact, some of these older cars will refuse to come to life whenever temperatures reached subzero levels.

By comparison, you can start your Equinox in cold weather. Despite that, some issues may prevent your Equinox from starting on cold winter mornings. Here are some:

Can A Chevrolet Equinox Drive on Ice?

The Chevrolet Equinox can drive on ice, better than some models can. For example, you’d be better off driving the Equinox than say an Expedition SUV on icy pavement.

First, the Equinox is a compact SUV and is lighter than large SUVs such as the Expedition. This means it’s easier to maneuver the Equinox on slick, ice-covered surfaces compared to a large SUV.

Second, the Equinox has a low center of gravity, which decreases the risk of getting involved in a rollover crash. Rollover crashes are common on icy pavement and often involve large vehicles such as fullsize SUVs and trucks.

If you are a Chevrolet fan, you will like our article on the Chverolet Cruze in snow and winter driving.

Does the Equinox Have 4WD?

The Equinox comes standard with front-wheel-drive. However, by paying extra, you can get all-wheel-drive (AWD), which is similar to four-wheel-drive (4WD).

What About Older Equinox Models And Winter Driving?

Most of the older Equinox models are great at driving in snow. We’d however avoid the pre-2008 models, as they didn’t have features such as Traction Control and StabiliTrak as standard equipment.

You will need to fit your Equinox with snow tires if you intend to drive in snow and other wintry conditions. Snow tires will give you better traction and road grip in snow and ice, allowing you to drive safely in such conditions.

Please also read our article for the lowdown on winter tires and gas mileage.

Can You Mount A Snow Plow On An Equinox?

With its small engine capacity and low body mass, the Equinox is hardly suitable for plowing snow.

Hence, we recommend that you avoid putting a snowplow on it. Not only could it damage your car’s components, you may force Chevrolet to void your warranty.