The XT 225 is a dual-sport, enduro-style bike and one of Yamaha’s longest-running models, having been in production from 1987 to 2007.

Known for its versatility, the XT 225 is suitable for hitting the trail, as well as navigating city streets.

However, like every other bike, the XT 225 has a few weaknesses, which we’ll review in this article.

Based on customer complaints, here are the most common problems on the Yamaha XT 225: 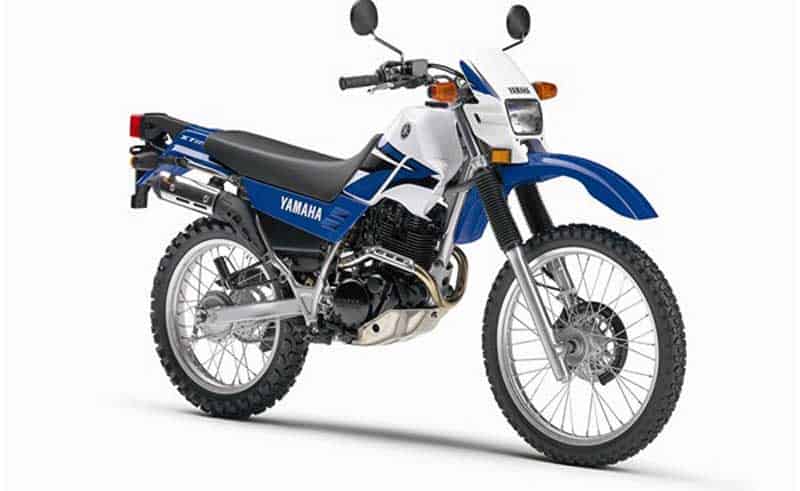 This is perhaps the most reported issue with the Yamaha XT 225 models.

Many owners have reported instances of their bikes refusing to run, even after multiple start-up attempts. An interesting fact about this issue is that it mostly occurs when the engine is cold.

A particular owner reported it took him at least five starts to get his XT 225 bike running.

By comparison, it took only one start to get the bike running when the engine was warm.

Here are some of the potential reasons for a difficult start on the XT 225:

a. Use of Carburetion

Many users and observers suggest this issue is likely because of the model’s use of carburetion instead of electronic fuel injection.

Carburetted models are infamous for being hard to start, especially in cold weather or after a long period of non-use.

This explains why most of the owners encounter this problem either when starting their bikes on cold mornings or after parking the bike for long.

If your XT 225 has issues starting, you need not fret, particularly if the temperature is at sub-zero levels.

The same applies if you’ve left your bike unused for weeks or months and are having trouble starting it. It’s normal, and the bike will usually start after some attempts.

However, not all starting problems may indicate that something is wrong with your bike. For example, if the battery in the bike is defective, the bike may not start up promptly.

Typically, a good battery should have around 12.5 volts and around 9.5 to 10.5 volts under load for about 30 seconds.

Anything below this and you may have difficulty starting it.

b. Long Period of Disuse

In addition, your bike not starting may result from clogged components in the carburetor.

If you’ve parked your bike for months, it’s likely the fuel in it has evaporated, leaving behind varnish and gunk.

Over time, these materials will clog up carburetor parts, such as the pilot jets.

In such a situation, the bike’s performance will suffer, and it may not start.

A broken fuel pump may also be at fault.

The fuel pump supplies gasoline the engine needs to initiate the combustion/ignition process.

With the fuel pump failing to supply gas, the engine won’t run.

Additionally, bad spark plugs can cause your bike not to run.

So, no matter how much you crank the starter, nothing will happen.

Here are potential solutions to a Yamaha XT 225 starting problems:

This includes the electrical components such as the bike’s battery, regulator, stator, starter motor, and relay.

Also, check the earth connections and the battery terminals.

Look out for any signs of corrosion or weakness and fix accordingly.

Particularly, if you’ve left your bike parked for long, do this.

Disassemble the bike’s carburetor and examine parts like the jets for dirt.

Strip the carburetor and clean the components with carburetor cleaner liquid.

Afterward, put everything back together and re-install.

Some XT 225 owners have complained that the engine acts erratically while riding.

One issue associated with this is “engine surging.” Surging is a situation where the RPMs increase and decrease, even though the rider keeps a steady throttle.

The resultant fluctuation in speed will cause the bike to lurch/jerk under speed.

Another widespread engine problem on the XT 225 is “engine bogging.” Engine bogging is common on many motorcycles and is not limited to the XT 225 models.

Because of the similarity of symptoms, it’s easy to confuse a bog for a stall or a stutter.

Both engines bogging and engine surging can be problematic for riders. For example, it can be annoying to switch gears, and your bike takes seconds/minutes to respond (bogging).

Likewise, surging can make for a very uncomfortable ride, as the bike may jerk/lurch while riding.

Per reports, both problems are mostly the results of an improper air-fuel mixture in the engine.

A lean mixture usually means the engine is getting too much air and not enough fuel.

A rich mixture is a sign that the engine is getting excess fuel and not enough air.

Here are some things that can cause the engine to run either rich or lean:

The filters on your bike are germane to the bike’s optimal performance.

The air filter prevents dust/dirt particles from entering the engine while the fuel filter ensures the fuel doesn’t contain any debris.

Over time, dirt can build up in both components to the point where they don’t effectively supply air and fuel. If the air filter is clogged, the engine won’t get enough air and will start running on a rich mixture.

Similarly, a blocked fuel filter will prevent the engine from getting enough fuel and cause it to run lean.

The fuel-system components supply gasoline to the engine.

If they are faulty or clogged up with sediment, the fuel flow to the engine will reduce.

This means the engine won’t get enough gas, and will inevitably run lean.

This will cause the engine to suck in too much air at the expense of fuel.

Eventually, the mixture will lean out because of the presence of excess oxygen.

Sometimes, dirt and sediments can enter the carburetor and block the main jet or pilot jet, restricting fuel flow.

Consequently, the engine will get more air, and the air-to-fuel ratio becomes imbalanced.

Should this be the case, you’ll need to clean the carburetor to rid it of any dirt or silt.

Sometimes spraying carburetor cleaner may do the job.

Severe cases may require disassembling the carburetor and cleaning it piece by piece.

In the motorcycling world, wheels come in two types: wire-spoked and cast alloy.

Spoke wheels are more tolerant of abusive terrain than cast alloy types. Hence, it is no surprise that designers of the XT 225 favored spoke wheels.

However, some owners have complained that the OEM spokes on the XT 225 models are weak.

As a result, they can become loose with time or, in worse cases, break. If this happens, the wheel may start to wobble, which will affect ride quality.

The best fix for this is to replace the stock wheel spokes with stronger variants.

Some say buying oversized stainless wheel spokes is a good way to fix this issue.

From reports, the rubber boot/diaphragm on the XT 225 model cracks for no reason.

Typically, this leads to engine wheezing and poor engine performance.

One way to check if the diaphragm is cracked is to spray WD-40 liquid around the area. If the engine RPMs increase, cracks are likely there.

Depending on how severe the crack is, you may only need to use a sealant to solve the issue.

In a worst-case scenario, you may have to replace the entire component.

General Pros and Cons of the Yamaha XT 225

The Yamaha XT 225 is a delightful bike, both on the trail and the road.

However, the trail is where this model shines. Because of the XT 225’s low weight, riders find it easy to maneuver it, even in tight, steep trail terrain.

Moreover, it comes with a heavy-duty skid plate that helps protect the bike’s components.

The XT 225 doesn’t perform badly on the highway either; you can safely cruise at 65-75 mph on this bike. It also has a 60/55 halogen headlight that provides outstanding visibility at night.

The headlight’s beam illuminates far in front of the bike and about 20 feet to either side of the road.

Here are some of the issues with the XT 225:

“The XT 225 was designed for ultimate versatility at a great price. A reliable 4-stroke revs out predictable power, and the wide-ratio 6-speed transmission with manual clutch and class-leading low seat height gives you performance and ease of use, regardless of where your adventure takes to use.”

What’s The Resale Value On the Yamaha XT 225?