The Triumph Rocket 3 is a power bike built for speed. With its massive build, it caters to the needs of a variety of riders.

We have found the most common problems and issues you might be facing with the Triumph Rocket 3 bikes. 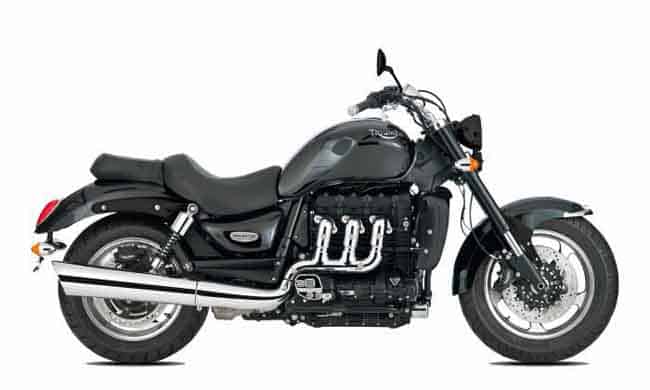 The engine of the Triumph Rocket is prone to early failure. This is a significant problem as it will most likely lead to a trip to the mechanic.

Unfortunately, detecting engine failure is a bit difficult, especially when there is no visible sign. It is difficult to pinpoint where the issue is from.

As a result of the issues, you may experience strange sounds coming from the engine. Most of these issues may be as a result of prolonged use without servicing.

However, there are still some problems that may occur due to the quality of the material used for manufacturing the engine.

The Triumph Rocket has a complex engine. You need to do some regular checks on the engine to avoid a sudden breakdown.

Some of these routine checks are:

Your regulator rectifier may develop problems as a result of excess heat.

Here’s how to locate the problems:

It is not unnormal to experience problems with your bike’s electrical system primarily when it has been used for a while. However, it becomes a problem when it happens more often than not and when it occurs in a relatively new bike.

Most models of the Triumph Rocket 3 bike are prone to issues with the electrical system.

As a result, you may experience ignition failures. Sometimes, it could be caused by excess current flow through the ignition switch.

Also, a blown main fuse may have the bike to run poorly or cause it to die completely. This main fuse may become faulty as a result of vibration. This is an integral part of your bike as it can affect the overall electrical system of your motorcycle.

The ground wires of the Triumph Rocket 3 may also develop problems which can result in electrical issues.

There is a common issue among Triumph Rocket 3 models with oil loss. A recall of the bikes was made to fix this issue.

As a result of this, the bearing does not get oiled as it should.

You may experience oil loss while leaving the rear tire slippery at all times. It is essential to check these vital components of your bike whenever you buy a new or fairly used one.

Other minor problems with the Triumph Rocket 3 bike models are:

The Triumph Rocket 3 bike has known issues with gear transmission.

It is usual for a bike engine to have a loud sound. However, the Triumph Rocket 3 may experience a loud engine noise that occurs due to the wearing of the component in the cam chain.

This noise could sound like the rattling of a can and could further increase if not fixed quickly.

General Pros And Cons For The Triumph Rocket 3

The Triumph Rocket 3 has an excellent torque that is endless. Hence, you will have a perfect experience while riding, especially at a curve. Also, this bike is extremely comfortable.

The size of this bike is massive.

Also, this bike is stable. This is because of its tubular frame that is made of steel and the dynamics of its steering. Also, the 1695 mm wheelbase makes it stable on the road.

The design of this bike is unique. The accessories on the bike also give you more practical experience while riding.

With a spacious 24-liter tank, the bike can easily approach a range of 200 miles. The seat of the Triumph Rocket 3 is also built to accommodate a variety of riders comfortably. The seat is low and allows for seamless riding experience.

The Triumph Rocket 3 is a big bike and it’s quite heavy. Although this is perfect for riders with a taste for big machines, it is still easy to ride without much hassle.

The ground clearance for the Triumph Rocket 3 is not a crazy as expected. The handling of this bike is also perfect for any rider with experience.

The position and height of the seat are extremely comfortable and more natural than the usual arched back seating style. Also, the footrests are moved backward to employ a more suitable position than the feet forward position.

The big Rocket 3 has a few issues that you should be wary of. For one, there have been so many complaints about the ignition switch. Also, constant flickering with the key after turning the ignition on can cut the ignition out.

Additionally, the rear brake pads are a bit heavy-handed as well as the rear tires. The clutch is also prone to slips.

“You turn the ignition on and if you fiddle with the key the ignition can cut out – we’ve had to change quite a few barrels over the years.”
Source: Motorcyclenews.com

The Triumph Rocket 3 2019 model produces more torque than the previous models and also has a powerful engine that makes it stand out. Also, the look of this bike is nothing compared to its predecessors with its upgraded components.

Another fantastic feature of this bike is the reduced weight despite its improved 2500cc engine. The total 88 pounds reduction from the old model makes it lighter with an enhanced engine capacity.

With its adjustable footrest, you can easily tweak it to suit your needs. Additionally, the position of the handlebar has been laid back to accommodate a more suitable posture.

A shortcoming with this bike model is the ground clearance as well as a little difficulty trying to move it through turns. However, it still has more comfortable steering, which is not expected of a bike of its weight.

Its switchable riding modes and traction controls also make it desirable. Also, the 240 section rear tire and triple exhaust headers give it an impressive pedigree.

All in all, the weight, torque, and power of this bike put it among the top muscle cruiser bikes when it will be released.

“Riding the old Rocket 3 was a lot of fun, but it was an experience dominated by the engine and the weight. ”
Source: CycleWorld.com

What Is The Resale Value Of The Triumph Rocket 3?

NB: These prices are estimated; hence, you could get these models either at an increased or reduced rate. Additionally, the price depends on the mileage on each bike model as well as your location. Also, ensure that the bike is in good shape and suitable for you.

The Triumph Rocket if used carefully and maintained properly, will deliver to its highest capacity. Also, this bike requires careful to use as well as upgrades where necessary.

Conclusively, check the gears and ignition of any previously used bike you buy as these are the most common issues with this bike. Also, the price of this bike is a bit pricey but when compared with its productivity, is worth the price.