Teslas are loaded with unique features that are not available in other vehicles, which is why they are pricey.

However, owning a Tesla comes with challenges, as there are other expenses to consider. Tesla vehicles are usually expensive, and there are several reasons for their higher-than-average price tag. 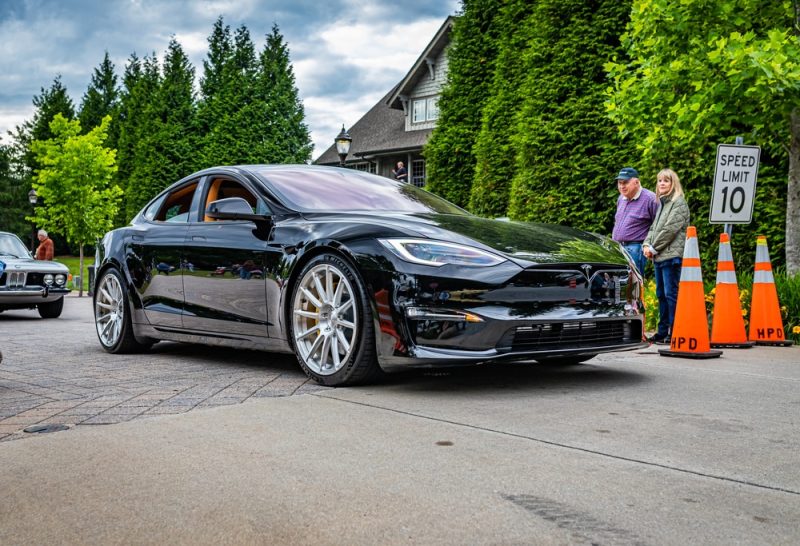 Production costs of Tesla vehicles are enormous, which is one reason why the prices of Tesla cars are higher.

Features such as dash cameras, lithium-ion batteries, software, and hardware features are part of the components in Tesla vehicles. Most of them are expensive and are imported into the United States.

The company pays high taxes when they import lithium-ion batteries, an integral component of the Tesla vehicles.

The management is also investing in new production facilities, purchase of raw materials, and recruiting more employees to improve production.

This will undoubtedly drive up the expenses for the production of new vehicles.

The increased demand for Tesla vehicles is triggered by the need to end environmental pollution with carbon dioxide.

More people and companies across the globe are buying the idea of green energy.

Tesla vehicles are all-electric, do not use greenhouse gas-emitting gasoline, and do not emit carbon dioxide into the atmosphere.

On the other hand, carbon dioxide results from the electrical generation required to charge the batteries.

Teslas are high-performance vehicles that deliver smooth riding for the comfort of all passengers.

When fully charged, these vehicles are noiseless, and the Model S can travel for almost 400 miles and accelerate from 0 to 60 miles per hour within two seconds.

Recently, the demand for electric vehicles has increased exponentially. Tesla and other car manufacturers have been trying to meet the demand for their vehicles.

For instance, the average price of a Tesla electric vehicle was around $66,645 in July 2022. According to the data from Kelly Blue Book, it is considerably higher than the industry average of $48,182.

Suppose you are familiar with the trends in the automobile industry. In that case, you will know that Tesla has concentrated on expanding its luxury offerings, including the Model 3 variant.

Tesla even has a waitlist for vehicles, and demand far outweighs the supply presently. Their capacity to produce is smaller than that of competitors, increasing the available vehicles’ prices.

Including new features in Tesla models is another reason for a price increase.

It is known that Tesla batteries are the priciest components of Tesla vehicles. These batteries utilize electrical power to work correctly.

However, Tesla management aims to reduce its vehicles’ battery expenses per kilowatt-hour and significantly improve this aspect.

Various estimates have shown that the costs of Tesla batteries have reduced from around $230 per kilowatt-hour in 2016 to $127 in 2019.

Tesla battery prices are relatively lower than the industry average. It is crucial to note that Tesla invests enormous resources into research and development for its battery technology.

This will eventually reduce the expenses of battery power storage and ensure Tesla owners can save more money in the long run.

Another factor responsible for an increase in Tesla vehicles is the impact of government regulations.

There are several government regulations and incentives that could influence the prices of electric vehicles. These include emission standards and tax credits.

Tesla offers free unlimited supercharging for some models. Their efficient vehicles can go four miles per 1 kWh of electrical energy.

The cost of the electricity is already calculated into the base price of the Tesla vehicle.

Tesla imports most of its raw materials and components, such as lithium-ion batteries. Some hardware and software features such as sentry mode, dash cameras, and self-driving hardware come from other countries.

When the value of the United States dollar fluctuates, it will impact the import/export exchange market and influence the price of Tesla vehicles when they are ready for sale.

The fluctuation is another factor that makes Tesla vehicles expensive.

There is a difference between Tesla and other conventional car companies like Toyota, General Motors, Ford, etc.

Tesla sells to customers directly through their website and handles maintenance for vehicles bought by consumers.

According to the terms and conditions of Tesla, customers shouldn’t repair their Tesla as only Tesla service centers should work on these vehicles when there is a fault.

Maintenance of these centers involves a heavy investment by Tesla, which is one reason Tesla vehicles are expensive.

The self-driving software is regarded as the most advanced in the industry, and Tesla is yet to attain full autonomy.

Tesla has built a vast network of superchargers worldwide. However, the charging expense of these superchargers built by Tesla is relatively low.

Tesla has collaborated with other third-party business owners to install destination chargers at their business locations so Tesla owners can charge their vehicles.

These businesses include garages, restaurants, and shopping malls.

The operating costs of these superchargers run into millions of dollars in investment, and the expenses need to be added to the cost price of Tesla vehicles.

With that in mind, find out if electric cars are getting cheaper.

The Tesla brand is in growth mode, and when a company is in this mode, there is a need for it to sell its products at a significant profit margin.

The profits earned from sales of their vehicles will enable the brand to expand its operations.

These investments include the construction of the new Gigafactory and recent research and development of next-generation battery cells by Tesla.

Fortunately, the new 4680 battery is the result of the research and will promote cell production that will benefit Tesla owners in the future.

Even with the inclusion of tax credits, Tesla vehicles are different from your regular automobiles as they are expensive.

One primary reason for the high price is its demand far outweighs the supply, which is likely to push its prices higher.

However, constructing the Gigafactory to expand its production capacity can help set moderate prices for these Tesla vehicles.

The cost of electric battery packs of Tesla vehicles is one primary reason for the high price.

Despite the improved battery technology and energy efficiency in recent years, Tesla vehicles are more expensive than their competitors in the industry.

You may also want to know how much electric car batteries cost.