As EVs are more ‘punchier’ than the classic internal combustion engine (ICE), you may be curious to find out if the Model 3 is a sports car or a more family-oriented vehicle.

Is The Tesla Model 3 a Family Car Or Sports Car?

With acceleration from zero to 60 mph in as little as 3.1 seconds and a top speed of 162 mph, the Tesla Model 3 Performance can easily outperform most sports cars. However, as it has 4 doors and a base Curb Weight of 4250 lbs, the Model 3 would be considered as a sports sedan.

Nevertheless, you’d also want to know if the Tesla Model 3 is big enough for families of 4-5. 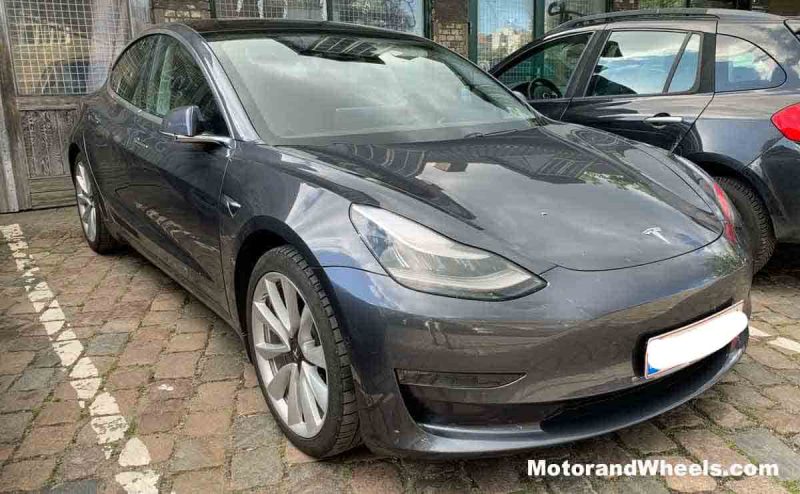 Does The Model 3 Fit Two Kids In The Backseat?

If you have small children, it is very necessary for the vehicle that you purchase to have built-in ISOFIX seats that can accommodate more than two children at once.

Anchorage points for the ISOFIX child safety seat system are included in the rear outboard seating locations of the Model 3.

These anchor bars can be found in the space that exists between the backrest and the cushion of the seat.

Therefore, you can seat 3 children (Maximum) in the rear seats of your Model 3.

What Is The Primary Buying Demographic For Model 3?

Even if Tesla is working to revolutionize the energy industry, the truth remains that electric cars are still among the most costly vehicles on the market, making them a “luxury” product.

This means that the people purchasing Tesla’s are financially stable.

Concerns about the impact on the environment caused by the combustion of fossil fuels to produce gasoline, on the one hand, and the rising cost of gasoline, on the other, are the primary motivating factors for customers’ interest in buying electric vehicles.

Those with established families and children of varied ages are Tesla’s ideal consumers, as are those with professional, executive, or senior management level jobs or other high pay professions.

The majority of people who own Tesla Model 3 vehicles are men. Only 16% of Model 3s are owned by women, whereas 84% are owned by males.

In the year 2022, the median age of a person who owns a Tesla Model 3 is 51 years old. This is an increase from the previous median age of 46 years old and is fairly close to the average age of other Tesla owners.

With a price of $62,990 MSRP (manufacturer’s suggested retail price), the Performance edition aims to impress those who want to feel the true meaning of acceleration while still maintaining a respective driving distance of 315 miles (Environmental Protection Agency est.).

The acceleration time of 0-60 mph in 3.1 seconds is attributed to the two motors in Tesla’s all-wheel-drive system.

These motors are fully isolated from one another for better dependability, which contributes to the fast acceleration time.

The vehicle’s two motors share a single working element to reduce the amount of wear and tear they experience. These systems digitally manage the amount of power that is sent to the vehicle’s front and rear wheels in order to provide greater handling and traction control.

Starting with an MSRP of $59,190 in 2022, the Tesla Model 3 Long Range variant is expected to have a range of 352 miles on a single charge, according to the Environmental Protection Agency (EPA).

Since the engine isn’t as “punchy,” the car can still reach 60 mph in 4.2 seconds, which is still respectable.

This is thanks to the same AWD system that is found in the Performance edition which allows the vehicle to spin all four of its wheels instead of two.

Acceleration is enhanced and tire slippage is reduced or eliminated, even when traction is severely poor. The resulting gain in traction is enormous.

As this is the cheapest Tesla on the market, being priced at $46,990, one can only expect the vehicle to lack performance.

Although the acceleration time of 0-60 mph in 5.8sec is slower than the other 2 variants, it is still a very quick car off the line for its price.

However, due to it being a rear-wheel-driven vehicle, there is less traction off the line meaning that the car will accelerate at a slower speed. The Model 3 RWD also has a driving range of 272miles (EPA st.) making it the least desirable model to purchase if you want to travel long distances.

What Is The Top Speed For Each Tesla Model 3?

The highest speed of the Tesla Model 3 RWD variant is approximately 140 miles per hour.

This is entirely attributable to the fact that this vehicle has just a single engine, which has an impact on both the acceleration and the overall distance traveled.

As a result of the installation of a second engine in the front of the vehicle, the Tesla Model 3 Long range edition is capable of reaching a top speed of 144 miles per hour.

As a result, there is a greater amount of power available to each wheel, resulting in a higher obtainable top speed.

The Tesla Model 3 Performance edition is by far the fastest, as it boasts an incredible speed of 162 mph.

This is thanks to the exclusive gray wheels that are crafted from aluminum alloy which is lightweight but durable and paired with Pirelli P Zero tires to provide the highest level of driving control possible both on and off the track.

Better performance and thermal capacity are attained with Performance brakes thanks to their bigger, stronger calipers and lighter two-piece discs.

Included is an optimized carbon fiber spoiler that boosts aerodynamics and stability at high speeds. The special Performance badge complements the Carbon Fiber Spoiler to create a one-of-a-kind tail end.

Even though the Tesla Model 3 Performance is faster than a typical sports car or even supercar, it is still a family vehicle that can transport even the youngest of children from A to B.

Traditional sports cars are considered to only have 2 doors, must be light, nimble and fast. This is why the Model 3 will always be considered a sport sedan or a luxury electric vehicle.