The Honda NC750 is an all-around adventure bike available at a modest price, despite the fact that Honda continues to improve on its technology each year.

The recent 2021 update fabbed the 750X with an improved electronic-control system, performance-based engine tweaks, and a new slipper clutch.

The 2021 updates also shortened the gear-ratios and completely recalibrated the adventure bike’s gearbox, but how long does a Honda NC750X last?

Let’s find out in this article. 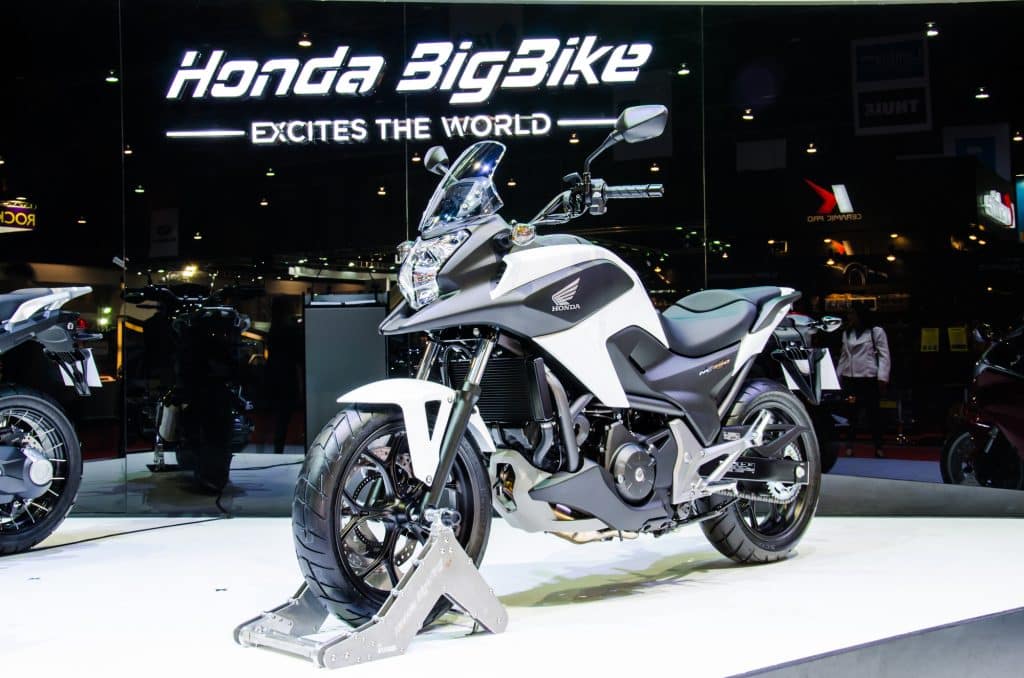 Here’s the Answer to the Question How Long Do Honda NC750s Last:

A Honda NC750 can last over 85,000 miles, and since the average adventure bike is ridden for 4,000 miles a year, a well-maintained NC750 should last for 20 years. That said, ownership habits can impact that figure; proper storage, upkeep, and riding habits are crucial to prolonging the bike’s life.

There are real-life examples of Honda NC750s that have lasted for over 100,000 miles, including bikes that have been ridden hard on off-road trails. The bike is engineered with performance and longevity in mind but must be adequately maintained, especially after rides in harsh conditions.

The NC750 is considered bulletproof by some of the long-time Honda Dual-Sport enthusiasts. That said, ownership habits are critical to how many years the 750X lasts and how much time it spends on the road and out of the shop.

More on reliability in a bit. For now, here are some real-life testimonies from Honda NC750S riders:

There you have it; there are NC750Xs on the road with over 160,000 miles on the clock. You’ll notice the mentions of oil changes and regular upkeep according to Honda’s spec intervals, outlined in the owner’s manual–more on that later.

The used market considers adventure bikes like the Honda NC750X to be high mileage after 35,000 miles, simply because they assume wear and tear is standard on a dual-sport bike that’s ridden off-road; it’s not uncommon for a NC750 to last over 85k miles.

The fact is that the used market or “blue book” value system is a rough estimation based on averages and assumptions. In reality, as far as NC750s are concerned, mileage isn’t really the most accurate way to assess how much life a bike has left, nor how reliable the bike will perform.

A Dual sportbike like the NC750 could have been used for multiple purposes. Whether it was a touring bike, a city commuter, a dirt stunt bike, or a trail cruiser makes a difference in how rapidly it incurs wear-and-tear.

Service documentation is essential for NC750s used in rugged environments, as you’ll want to make sure the bike was maintained and cleaned according to Honda’s specifications.

If the seller kept a complete service record history for the NC750, it shows where the previous owner performed the scheduled maintenance and how often.

It also reveals any past reliability issues—any weak spots your particular model may have had and whether they’ve been rectified.

Finally, if the seller has detailed service bike service and historical documentation, chances are good he took ownership seriously, and the bike was valued.

Habits of the Previous Owner

One of the most significant contributors to the performance of a Honda NC750 is the person who owned the bike before you.

Bikes that had one owner tend to be appreciated and tended to more thoroughly than bikes that have been passed from rider to rider, decreasing in value each time and therefore less valued by each new owner.

If you’re in the used market for a Honda NC750, inquire into the ownership history of the bike; ask if the seller is the original owner.

Also, what kind of riders were they? If they’re a dual-sport enthusiast who hit the trails every chance they got, the bike may have incurred more miles, but it also may have been treated with more respect. The other side of that coin is riders who use the bike to stunt around their ranch in first gear. The 750X might be low mileage, but it might have been stored outside and rarely kept up with.

It’s about you, but I’d take option 1, despite the high mileage—it might even be the cheaper of the two.

How Many Years Does a Honda NC750 Typically Last?

A Honda NC750 could last for 25 years if the rider performed basic routine upkeep according to the Honda spec. There are NC750X’s on the road with over 100,000 miles; at a yearly average of 5k, and NC750X will run for 25 years.

What’s the secret to the NC750X’s longevity? It’s a multi-purpose-oriented design.

Most bikes on the market these days were engineered for a specific purpose—race bike, touring bike, commuter, dirt bike, etc.

The NC750X’s flexibility does more than allow the rider to do everything mentioned above on one machine; it makes it more rugged.

The chassis on the NC750X is built to handle off-road trails but also weighted and spaced for street commuting, meaning it’s by default longer-lasting, especially if you’re taking care of your machine after your gnarly trail rips.

The agile chassis of the NC750X can take on any road surface, regardless of the rider’s build.

And its longevity-boosting qualities don’t stop at the chassis; its adaptable and efficient twin-cylinder motor and Dual Clutch Transmission are two of Honda’s secret weapons when it comes to life-lasting hardware.

Is the Honda NC750 Reliable?

The Honda NC750X is as reliable as anything in its mid-sized adventure class. Both engine and chassis build quality are exceptional, and engineering is tuned towards performance and efficiency, manifesting in the bike’s operation as low-maintenance dependability.

Just a glance at the NC750X’s high-grade finish, and the bike oozes quality. But that doesn’t always translate into actual reliable performance—in the case of this Honda adventure bike, it does.

The engine is so rock-solid the service schedule allows 16,000 miles between primary services, like valve inspections, though more general maintenance is suggested more frequently.

Reliability is excellent – there are plenty of well-used NC workhorses that have covered Jupiter-and-back mileages without issue, and the model has a solid reputation for dependability. It requires a quick splash of anti-corrosion gloop to stop fasteners, brake banjos, and other small parts growing fur in winter, but this is true for almost any bike. Our Honda NC750X owners’ reviews show vast levels of satisfaction.

These riding modes help the engine perform with consistent dependability in the wide range of aspects dual-sport riding includes, making the Honda NC750X one of the most reliable machines in the mid-sized adventure-bike class.

Does a Honda NC750 Last Longer Than Other motorcycles?

The Honda NC750X will last as long or longer than anything in the mid-sized adventure category. While other bikes in its class were built on speed and power, Honda’s engineering tends to hone in more on longevity, reliability, and efficiency, and the NC750X is a prime example.

The engine and chassis build quality is more refined than Suzuki’s popular V-Strom 650. Yamaha’s Tracer 700 matches it in performance, but the 750X’s unique transmission makes for a smoother ride, which in some cases can translate into less wear-and-tear and a longer life.

At the end of the day, though, it’s rider’s etiquette, in town, off-road, and in the garage, that dictates how long any of these examples will last.

What Typically Breaks First on a Honda NC750?

According to various consumer reports, the first thing to break on multiple NC750Xs was the fuel injection control module. Recall paperwork confirms that the failure resulted from incorrect ECU programming at the factory.

The incorrect programming caused poor fuel injection on affected models, whether in motion or accelerating from a stop.

Luckily, Honda attempted to fix this problem as soon as it was discovered.

Here are 10 excellent tips to help prolong the life of your Honda NC750X: