However, it’s been many years since cars tired had tubes inside, and technology has come a long way.

Let’s dive into why this is.

Do Car Tires Have Tubes?

The majority of car tires on the road today do not use tubes. They use a tubeless design due to them being safer and more practical to manufacture. Certain special use vehicles may have tube tires, but passenger vehicles do not. 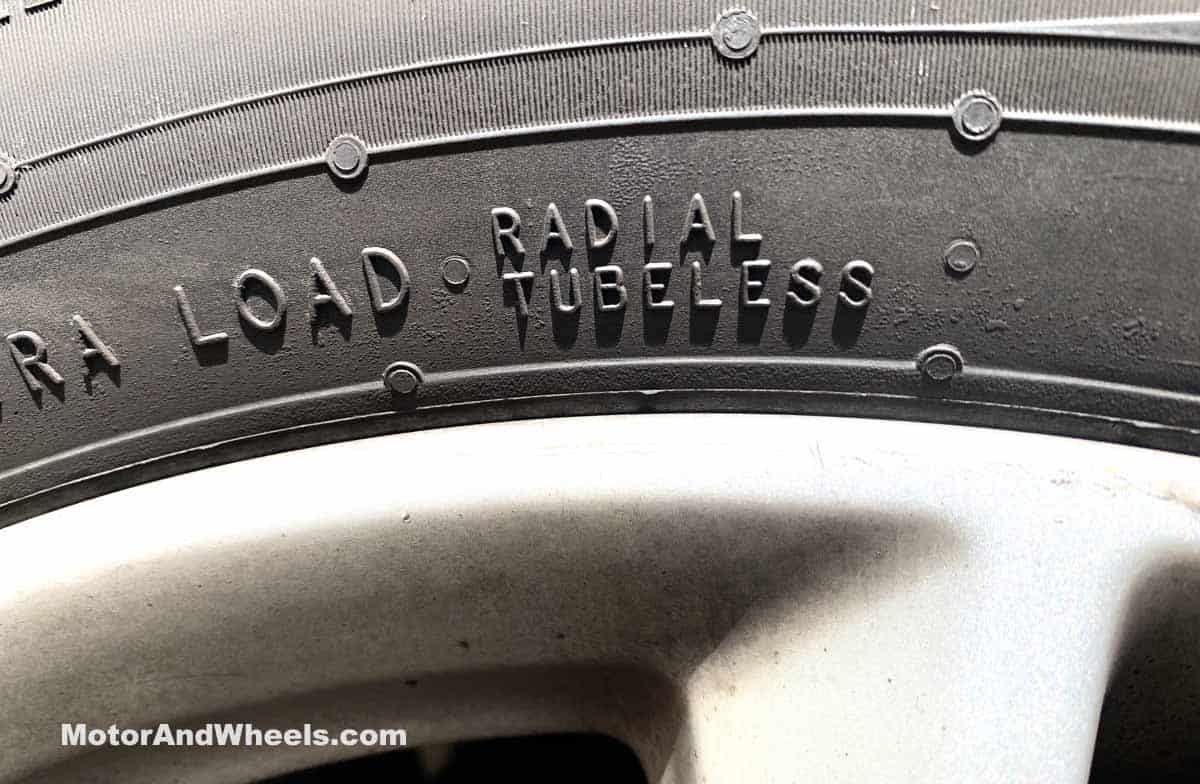 Most modern cars do not use tubes.

This includes light trucks, light SUVs, and passenger cars. Instead, they use what is called a “tubeless” tire.

Tubeless tires are made up of several layers. The innermost layer is the carcass, which is typically comprised of nylon or polyester fibers. Next, there is the bead filler, which acts as a cushion to absorb shock and keep the tire attached to the wheel.

Finally, there is the tread, which is the rubber that actually contacts the road.

There are a few advantages of tubeless tires over those with tubes. First, they tend to hold air better, so you don’t have to worry as much about them going flat.

Second, they’re easier to change if you do get a flat; you can just patch the tire without having to remove the entire wheel from the car and replace the tube.

Third, they provide better handling and traction because there is no risk of the tire slipping off the rim.

If you’re not sure whether your car has tubeless or tube tires, just take a look at the sidewall of one of your tires. If there are no holes or valves, then it is likely a tubeless tire.

If there is an opening with a valve stem, it must be a tube tire.

And if you’re not sure, or would like to learn more about modern car tires, talk to your mechanic or do some research online. There is plenty of information available on the different types of tires and how they work.

Do any car tires have tubes today?

There are still some car tires that use inner tubes, though they are a small minority.

These include specialty vehicles like heavy-duty trucks and off-road vehicles, where more robust tires may be required.

However, the majority of modern cars no longer use tubes in their tires. Instead, they use tubeless tires, which provide better handling and traction than traditional tube tires.

The majority of cars today use tubeless radials.

These have a carcass layer, bead filler, and tread. The bead filler helps keep the tire attached to the wheel while providing cushioning.

There is no risk of the tire slipping off the rim with these type of tires.

They also hold air better so you don’t have to worry about them as much. If you get a flat, they are easier to change since you can just patch the tire without taking off the entire wheel.

Most modern cars have switched to tubeless radials.

These offer several advantages over traditional tube tires including better handling and traction, reduced risk of flats, and easier changing in the event of a flat tire.

What are Car Tire Tubes?

Similar to balloons, these tubes inflate with air. They are typically made from rubber and come in two pieces: the inner tube and the outer tire.

The tubes sit inside the tire, between the tread and the bead filler that helps keep it attached to the rim.

When a car tire goes flat or needs to be repaired, you can remove the tube and replace it with a new one.

Although they are less common today, some cars still use tubes in their tires for specialized applications like off-road driving or heavy-duty trucks where more robust tires may be required.

When did car tires stop having tubes in them?

The transition away from inner tubes in car tires began in the mid-twentieth century. In the early days of the automobile, most cars were built with tube tires, as they were seen as more durable and reliable than tubeless tires.

By the 1960s and 1970s, nearly all new cars were equipped with tubeless tires, and today this is still largely true. There are some exceptions for specialty vehicles like heavy trucks or off-road vehicles that require more robust tires for their intended use.

But for the average passenger vehicle on the road today, you won’t find any tubes under your car’s wheels.

How do car tires hold pressure without tubes?

The inner layer of the tire, known as the carcass, is typically composed of synthetic fibers like nylon or polyester. This provides a strong foundation for the other layers in the tire to build on.

Another key feature is the bead filler, which acts as a cushion between the wheel and tire to absorb shock and prevent movement between these two parts.

Finally, there is the tread, which is made up of rubber that comes into contact with the road surface when driving.

Together, these layers make up what we call “tubeless” tires.

Make sure you understand how much to inflate your tires.

The structure of the tire itself holds the air in place. The shape is then maintained with a sealant.

A membrane built into the tire keeps the air in and prevents it from leaking.

An airtight joint is placed between the tire and the middle of the wheel. This helps to reinforce the lining made from chloro-butyl, which is also airtight.

There are several benefits to tubeless tires over those that use tubes. One of the main ones is that it is easy to change the tire if it gets a puncture.

Its design also provides better handling and stability, making it a more efficient and safer choice for modern cars.

An additional advantage of a tubeless tire is that it adds less weight to the car. This reduces its fuel consumption, allowing drivers to save money on gas as well.

Also, tubeless tires can have better grip. This is due to the increased surface area of rubber that comes into contact with the road.

This provides better traction, allowing drivers to feel more confident and in control while driving.

Tubeless tires also allow air to escape more slowly. In the event of a puncture, the tire will not lose all its air immediately. This gives you more time to get to a safe place to change the tire or call for help.

In the event of a puncture, the design of tubeless tires allows drivers to fill it with a liquid sealant. This will temporarily fix the hole and allow you to get to a safe place to change the tire.

They overall help to improve the stability of a car.

This is due to the fact that there is less movement between the tire and wheel.

Finally, tubeless tires have less rolling resistance. This makes them more efficient and can lead to reduced wear and tear over time. It also results in a smoother ride for passengers.

When were tubeless car tires invented?

BFGoodrich filed a patent for the tubeless tire design in 1946, and it was patented in 1952.

The 1954 Packard Clipper was the first car that used this tire design.

Tubeless car tires were first developed in the mid-twentieth century as an improvement over traditional tube tires.

Tubeless tires offer several advantages over their older counterparts, including better handling, increased traction, and reduced risk of flats. They quickly became the standard for new cars, and today most cars on the road use tubeless tires.

There are a few exceptions for specialty vehicles like heavy trucks or off-road vehicles that require more robust tires for their intended use.

But for the average passenger vehicle, tubeless car tires have become the standard technology.

While their exact origins are not known, it is clear that they were developed in response to the needs and demands of modern automobile design and usage.

Ultimately, they represent a significant advancement in tire technology and continue to be refined and improved upon today.

In the 1950s, 60s, and 70s, flat tires were a common occurrence due to inconsistencies in the roads.

The Dunlop Tire Company saw an opportunity and made the first “fail-safe” wheel and tire combo commercially available. 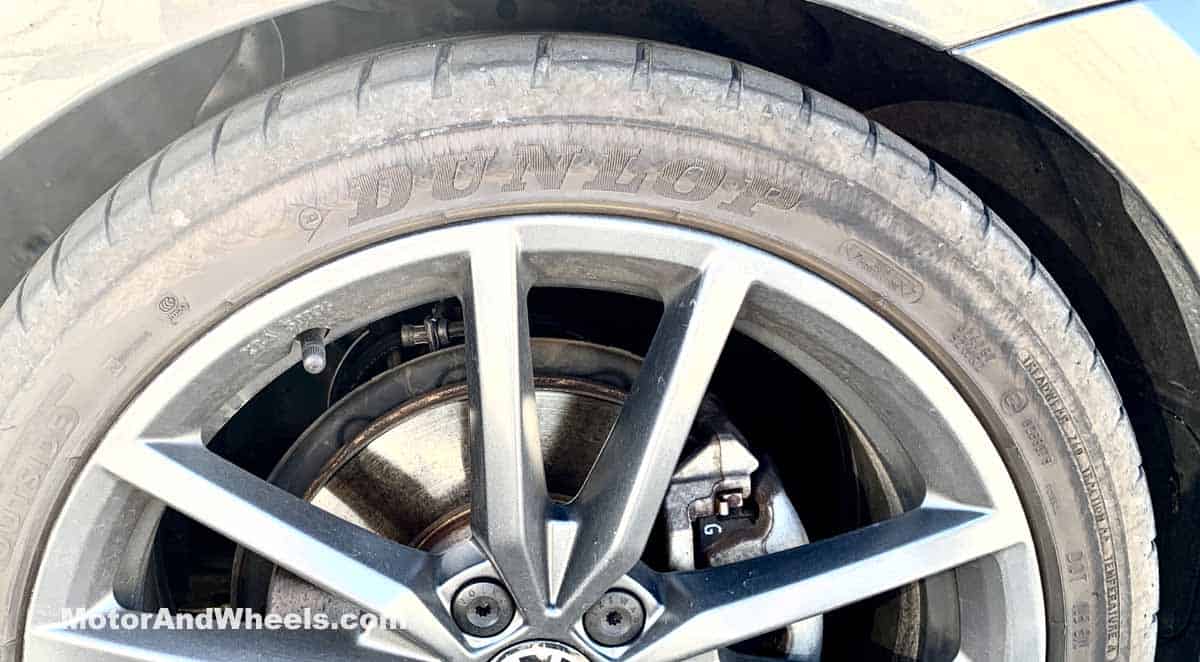 Certain British car models eventually made these come standard. Tubeless tires made it safer for drivers if they got a flat tire, and many companies made “run flats” standard.

There were a number of factors that contributed to the decline of inner tubes in tire manufacturing. Perhaps the biggest one was the development of more advanced tire designs, particularly for passenger cars.

These new tires offered better performance and reliability than tube tires, which made them more appealing to both consumers and manufacturers.

In addition, advances in materials science made it possible to create airtight joints without using tubes.

This allowed carmakers to eliminate an extra part from their vehicle designs, reducing costs and simplifying maintenance.

As these innovations became more widespread in the industry, tube-free tires quickly became the standard for most vehicles on the road today.