As the philosophical stoics used to put it, every ounce of pleasure comes with a proportionate amount of pain.

While motorcycle riding is one of the most exhilarating experiences a human can participate in, there’s no doubt it comes with a healthy amount of risks, anxieties, and discomforts.

For example, suppose you wind up in standstill traffic after a day of hitting corners and riding hard.

In that case, you might notice just how hot your motorcycle engine and exhaust pipes feel against your legs, leaving you asking yourself, is it normal for motorcycles to get hot? 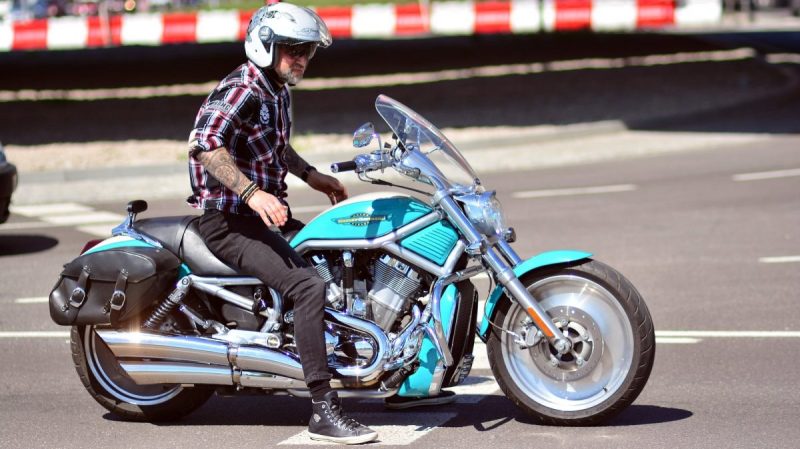 Here’s the Short Answer to Whether It’s Normal for Motorcycles to Get Hot:

Motorcycle motors operate at temperatures between 140-230 degrees Fahrenheit (60-110C), with some engine designs safely reaching temperatures of 250F. Exactly how hot a motorcycle engine can get before it’s at risk depends on its size, design, cooling mechanism, and climate’s ambient temperature.

How Hot is TOO Hot for a Motorcycle?

The ideal operating temperature of your motorcycle depends on various factors, some within the engine and its design, others with the external weather and riding conditions.

Most motorcycles operate between 150F and 230F.

For example, suppose you’ve successfully started the engine of a well-maintained, fuel-injected motorcycle in a frigid climate. In that case, you might find it operates fine at 110F while a different bike starts to stall at 115F because the oil is too coagulated.

Adversely, if you’re riding for a long time on a sweltering day, you might start experiencing overheating systems as soon as you hit 230 on one make and model moto, while your buddy’s bike works fine at 260F.

To be safe, we suggest you do your best to keep the engine’s temperature between 150F and 230F in typical riding weather and conditions. We consider overheating to be anything over 230F, regardless of whether or not the machine is having issues.

So even if your engine and oil warning lights aren’t on, if your motorcycle is over 230F, we suggest you swiftly and safely get where you’re trying to go. Then let your bike sit for a while until the engine cools down to around 150F before you fire her back up.

Air-cooled motorcycles get hot in sweltering climates when the bike is on and idling when it isn’t in motion. That said, if the air-cooled engine is overheating to the point of running problems just from sitting in traffic, it’s likely a symptom of a more significant problem.

Air-cooled motorcycles cool themselves via fin-shaped openings in the engine head that allow air to flow into the motor while you’re riding to assist the engine oil in keeping things cool, so the metal doesn’t expand.

When you’re stationary for an extended amount of time with the engine running, the stagnant airflow allows the engine’s internal temperature to increase, as the pistons are still chugging along if the bike is idling.

Still, this can cause the engine to heat up to close to 220F, and while that generates an uncomfortable amount of heat for your legs, it doesn’t put the engine at risk.

Common Causes of Overheating on an Air-Cooled Motorcycle

Here are the common causes of overheating on an air-cooled motorcycle:

In some cases, your motorcycle clutch disengages itself without any rider input on the clutch lever, commonly called clutch slippage.

The engine has to work harder on a motorcycle with a slipping clutch to compensate for the lack of clutch engagement.

Clutch slippage is often the result of standard wear and tear on the clutch, exacerbated by frequent engine revs and rapidly engaging/disengaging your moto’s clutch, which brings us to our next item.

Boosting your engine RPMs by frequently twisting the throttle and revving your bike’s engine.

If your air-cooled engine is constantly overheating, it’s possible that there’s an issue with your oil flow, your oil is at a low level, or it’s expired or contaminated from overuse.

While oil is essential for lubricating components on all types of motorcycles and on air-cooled motorcycles, oil is the only liquid the engine is exposed to.

If you change the engine oil, or you know for a fact it’s in good condition, complete, and you’re using the right oil type, the issue may be a problem with oil circulation.

Oil circulation is affected by dust, moisture, and debris entering your oil reservoir and causing clogs. It can also be hindered by rapid changes from hot to cold temperatures, as this causes the oil to bind and clog up.

Can All Motorcycles Overheat?

While larger-sized motorcycle engines tend to get hotter, all motorcycles can overheat, whether they are air-cooled or liquid-cooled, depending on factors like external weather, oil quality, coolant and radiator condition, and riding habits.

The flushing coolant on a liquid-cooled motorcycle keeps the engine’s temperature down to a safe, operating temperature.

Because the engine is pumped full of liquid coolant, a liquid-cooled motor has to be sealed, unlike the open-finned motor of an air-cooled machine.

Therefore, if the coolant’s level is low, or its quality or flow is compromised, the sealed engine can actually overheat faster than an air-cooled motor.

Additionally, a problem with the liquid-coolant system’s hub, the radiator, can also cause overheating on a liquid-cooled motorcycle.

If the radiator is leaking fluid or clogged, or if the radiator fan fails, the motorcycle engine’s capacity to cool itself is significantly reduced.

Furthermore, if there’s a pinch in your coolant line, the coolant may back up before it can perform its core function of preventing your motorcycle’s engine from overheating.

Related: Do Black Motorcycle Helmets Get Too Hot In the Sun? (Explained)

At What Point Do Motorcycles Normally Overheat?

There are various types of motorcycle engines available in various engine displacement sizes.

Different engine capacities and designs are used for different riding styles, as they generate varying amounts of torque and power.

Overworking a smaller motorcycle engine is the fastest way to make a motor overheat. Smaller engines aren’t intended to ride on the highway or take corners aggressively at high RPMs.

Here are a few things you can do to stop your motorcycle from reaching the point of overheating:

Related: Why Does My Motorcycle Smell Like Coolant? (Solved)

4 Symptoms Your Motorcycle Is Overheating

Here are four symptoms of an overheating motorcycle:

Motorcycle designers build powerful engines in small packages. The result is lots of heat generated in a small space.

Therefore, all motorcycle engines generate some heat, most noticeable when stopped.

That said, if your motorcycle is overheating, the first symptom is temperature elevated way above the typical heat generated while riding.

If your motorcycle has a thermostat, check the temperature. Anything over 230 degrees Fahrenheit is indicative of overheating.

Another sign of an overheating motorcycle engine is a dip in engine performance, which may or may not lead to total power loss.

In severe cases, you’ll crank on your throttle like always to accelerate, and next to nothing happens.

If engine knocking sounds accompany the dip in engine power while you’re throttling, the overheating is severe.

You should kill the bike immediately until the engine cools down to at least 150F.

Your owner’s manual recommends oil that can handle your typical engine operating temperature.

If your engine temperature exceeds the safe limit, your engine oil will start to burn, as it’s only cultivated to heat up to a certain point before its quality is compromised.

An overheating motorcycle engine will generate the stench of burning oil, particularly strong around the engine.

If you smell burning oil coming from your motorcycle, pull over and let the motorcycle cool while examining the bike for leaks.

You may hear some gurgling sounds you’ve never heard before starting up abruptly while you’re riding, a definite symptom of a cooling system that’s failing.

It may be a pinch in the coolant lines, a clog in the radiator, a fan issue, or a failure in the radiator core. Regardless, intrusive gurgling sounds coming from your radiator are abnormal. Pull over and inspect your motorcycle.

Inspect your coolant system for failures while letting your bike cool down to 150F before you start back up.