The Toyota Hiace is a world-famous light commercial van that has been in production since 1967 and is currently in its sixth generation.

The Hiace’s consistency in delivering value, efficiency, and reliability has ensured its relevance across multiple decades.

Now, while it is one of the top vehicles in its class, the Toyota Hiace has its faults, and we will discuss the most common of them below. 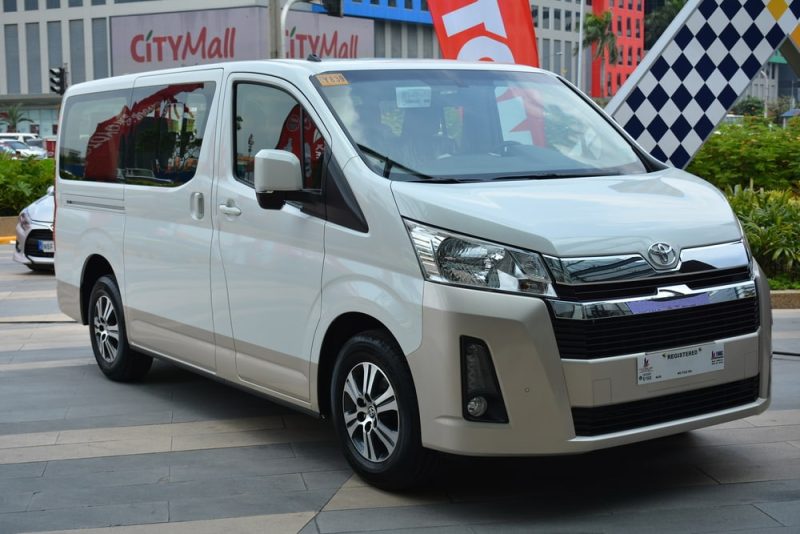 1. Airbags Not Deploying During Crash

However, a commonly reported problem with the Toyota Hiace is the non-deployment of the airbags.

A number of complaints revealed some owners suffered very serious injuries because of this glitch.

If a vehicle is equipped with airbags, you expect them to swing into action when they are needed. With some Toyota Hiace models, they did not, and below are reasons that may have happened.

Severity of the Crash

Airbag systems have sensors that can measure the impact and severity of a collision or crash. Sometimes, if the sensors detect that the crash is not severe enough to warrant deployment, the airbags will not deploy.

It’s more like the airbags leave the job to seatbelts in such mild crash cases. This further reveals why it’s important to always wear seatbelts, even if your vehicle has airbags at every corner.

The airbag has a complex system that features electrical modules, sensors, and other such components. Some of these components are prone to damage and wear, especially when the vehicle is old.

This is why we consider it important to get a maintenance plan for your Toyota Hiace, which will help reduce the likelihood of these defects.

Airbags are to be replaced once they have been deployed in a vehicle. However, it is possible for owners of a used Hiace to assume the airbags are still in place when, in fact, they’ve been deployed previously.

The lesson here is if you have a used vehicle, be sure to get enough information from the previous owner. And, of course, that should include information about components as crucial as the airbags.

Another reason airbags may fail to deploy is because of automatic shut-off sensors being included in recent airbag systems.

The shut-off sensors can, sometimes, shut down the passenger airbag system if it detects a child or zero occupants on the seat.

Airbags refusing to deploy has to be one of the most troubling issues for vehicle owners. This is why we recommend referring the issue to a certified auto technician who can diagnose the problem and devise a solution.

We encountered a number of complaints about some Toyota Hiace models emitting thick white/gray smoke. Many of the owners found this quite disconcerting, not just because of the smoke but other attendant issues like worsened gas mileage.

In addition, we also found that the white smoke could morph into black smoke if they are not attended to immediately.

Having your Hiace’s exhaust go all smokey on you is anything but delightful. Below are the possible causes of such nastiness:

If the Hiace’s cylinder head gets damaged, it won’t be long before coolant starts leaking out of it. And when this leak happens, the coolant may get mixed with the engine oil, which will effectively contaminate the oil.

Here’s the news: the thick white/gray smoke is one of the ways your vehicle tells you the engine oil has been contaminated.

A fuel injector is one of the Hiace’s vital components, as it pumps fuel into the internal combustion chamber and determines the appropriate time for fuel injection.

However, if the fuel injector goes bad, it could inject the fuel at the wrong time, and this is a recipe for thick white smoke emission.

A blown head gasket could also be the reason for the white smoke from your Hiace’s exhaust. It is situated between the cylinder head and engine block, and it serves to prevent coolant leaks.

The head gasket, especially an old one, is very much prone to wear and tear. If it gets worn, coolants get to leak freely into the cylinders, get burned, and consequently trigger the emission of white smoke.

A damaged engine block is a possible reason the Toyota Hiace emits white smoke. It is also the costliest reason by far because many components are involved.

If the engine block gets damaged, it will fail in its responsibility to transfer heat, which will, in turn, cause white smoke amongst other symptoms.

If you have a white smoke problem with your Toyota Hiace, your best play would be getting a trusted and certified mechanic to diagnose the problem.

Many Toyota Hiace owners have complained about having trouble starting the vehicle on cold, dewy mornings. The vehicle, on such morning, reportedly refuses to start for a few minutes and eventually starts some time.

Our research showed that this only happens in the mornings, and the Hiace starts normally at every other time of the day.

Here are potential causes of this issue and their solution:

If you have trouble starting your Hiace on a cold morning, it’s likely because your battery is weak and needs a recharge. Subzero temperatures are notorious for slowing down chemical reactions, especially in old or weak batteries.

A rule of thumb says to replace a battery every two to three years. If your battery has crossed this timeline, it’d be best to replace it.

As a temporary fix, you could borrow another car’s battery to jump-start your vehicle.

While most spark plugs last long, some often fall apart within a few years. During cold temperatures, components like spark plugs need to exert much power, and if they are old or worn, they will tire out.

If you are unable to fire up your Hiace’s engine, consult with your technician to check if it’s a problem with the spark plug. If it is, you’ll have to replace it and maintain the new one regularly.

One problem cold temperatures bring is thickening a vehicle’s engine oil and making it difficult to move through engine parts. This could affect your starter motor and prevent your car from starting.

So, the first thing you need to do is make sure your engine oil levels are not low. After then, it’s best to check in with your technician to be sure that the engine oil is suitable for your vehicle.

The problem mentioned above could catch you at a bad time, and here are some tricks that could help you out:

Please note that these tips are for urgent situations, and we still strongly advise consulting a technician about the issue. That way, you get to figure out what exactly the problem is, and you can tackle it head-on.

Here are pros and cons of the Toyota Hiace:

The following are some of the selling points of the Hiace:

As is common with many Toyota models, the Toyota Hiace has earned a reputation for reliability among light commercial van owners. All the trim levels sport capable engines that will last much longer than your projections with proper care.

The Toyota Hiace comes in multiple variants depending on the reason potential owners want them. For instance, there are models for fleet operators, ambulance services, extended families, large associations, and grassroots politicians.

Whatever you require of a commercial van, you are more than likely to find a Toyota Hiace that fits just right.

Ever tried to find certain parts for your vehicle, and you had to go to ridiculous lengths for them? If you haven’t, we are happy for you because it isn’t a pleasant experience.

Thankfully, Toyota parts are some of the most accessible vehicle parts worldwide, so you have little to worry about if you own a Hiace model.

Annual running costs will not inordinately drain you of cash; several long-term Hiace owners have testified to that.

The Toyota Hiace boasts adequate legroom for as many as 16 passengers, removing any chances of discomfort.

It also has massive cargo space and a curb weight of 1890kg (4166 lbs), just enough to haul a decent load of cargo.

The Toyota Hiace is a van that can seat over a dozen passengers. While that is a lovely capability, what about the safety of all those people?

Thankfully, the van has answered that question with its long list of safety features to protect the driver and passengers. Below are some of them:

“Toyotas have legendary reliability, and the Hiace is no exception. It should provide years of sterling service.”

“Throughout its history, the Toyota Hiace has been a dependable, reliable business tool for many. It may lack some of the styling flair and dynamic ability of certain rivals, but it’s very good at transporting people and goods with minimum fuss.”

“The all-new Toyota Hiace really kicks a six for Toyota. It’s an example of Toyota working hard to develop class-leading products with passenger safety at the very top of mind.”

What Is the Resale Value of the Toyota Hiace?