The Hummer brand was discontinued in 2010. It offered legendary off-road capabilities and American toughness. But diehard Hummer heads never run out of rumors of a historic comeback.

Will The Hummer Come Back?
The probability is 50-50. There is as much chance of the Hummer making a comeback into the industry as there is of it staying extinct as it has for the past six years.

Here are the interesting facts!

Why Was the Hummer Line Discontinued At First?

In the years following the departure of the Hummer models, there has been talk of General Motors reviving the brand. Majority of these has proven to be hearsay and mainly frenzied gossip circulated by Hummer freaks.

GM has been reluctant to bring back the series after they were forced to discontinue the Hummer brand in 2010. The company may see a remodeled Hummer as a competitor to the likes of Jeep and Land Rover. However, a new gas-hungry Hummer may never see the light of day as automakers shift towards electric propulsion and eco-friendlier automotive technologies.

In its heyday, the Hummer was hugely popular and sold in 33 countries. Actors and celebs such as Arnold Schwarzenegger used it to heighten their macho effect. 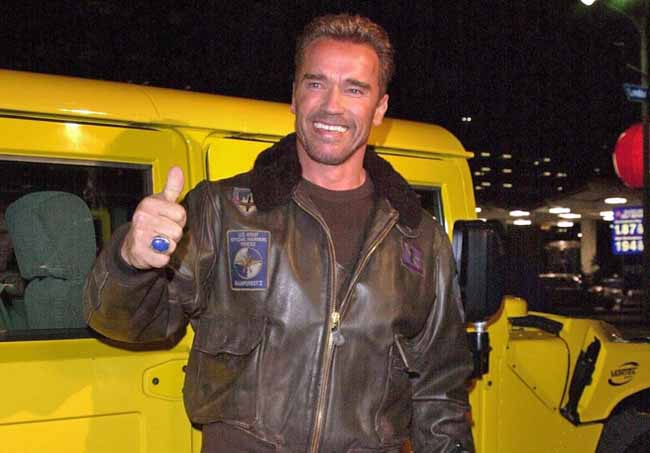 However, the post-2006 years saw governments paying more attention to cutting global-warming. Legislation on carbon emissions became tighter and gas-guzzling vehicles like the Hummer became the target of eco-activists and policymakers.

Some environmental experts and activists said the truck was “made to destroy the environment”. Tree huggers burned several Hummers at dealerships, creating a bad reputation for the truck.

The 2008 oil crisis which saw the price of oil grow significantly to $4 per gallon made matters worse for the Hummer brand. People dumped gasoline-thirsty vehicles in droves, opting for smaller and more fuel-efficient cars.

Even Arnold Schwarzenegger sold off his Hummer fleet to pacify his constituents. They saw the vehicle as conflicting with California’s climate change efforts.

As GM found no buyer willing to take on the losses, the brand officially went extinct.

Is There a Chance for a Hummer Comeback?

Early this year, an article by Bloomberg claiming that GM execs were planning to revive the Hummer. It claimed GM was looking to challenge Jeep’s continued dominance of the SUV market with a UV model of its own.

GM recognizes that there is a demand for rugged SUVs with excellent off-the-road capabilities and the Hummer fits the bill. The idea is to create a big SUV with low emissions which can challenge popular models such as Jeep’s Wrangler.

The sale of SUVs continues to break records. A record 29.77 million SUVs were sold in 2018, accounting for 36% of all passenger cars sold.

GM may be tempted to bring back the beloved Hummer.

The Case for a Hummer Revival

The Hummer was one of the most-loved vehicle brands in the world before its demise. Even as public sentiment rose against the brand, people have continued to buy the truck.

The Hummer has somehow retained that popularity judging by how many people have called for a revival of the brand. In fact, some still spend as much as $50,000 on used models of the Hummer H2. This shows that people will buy a new Hummer in large numbers.

If a new line of Hummer Models were to be released, they’d attempt to tap into the growing demand for sturdy, rugged vehicles with top-notch off-road capabilities. While brands such as Jeep and Land Rover control the industry, a Hummer release will probably give them a run for the money.

An electric Hummer SUV would signal a change for Hummer from the gas-guzzling brand to an eco-friendly darling. It would be a powerful idea which people can buy into with the growing threat of climate change.

Not only will this solve the carbon emission problem, but environmental activists may also support it. And that can provide a great boost for the battered reputation of the Hummer brand.

Designers can create smaller Hummer models, reducing its fuel consumption and improving aesthetics. Many industry experts have picked the Hummer HX Concept Car released in 2008. It was supposed to challenge the Wrangler and serve as the basis for designing smaller Hummer models.

If GM can successfully create a smaller and more fuel-efficient (or electric) Hummer model that retains the toughness that made people fall in love with the car, Hummer sales would be off the charts.

Why the Hummer May NOT Come Back

There is a strong case for the resurrection of the Hummer. But the many complexities involved may prevent General Motors from carrying out such a plan.

The Hummer gained notoriety for its gasoline-thirsty engines. This delivered abysmal mileage on the pavement while belching tons of carbon emissions into the atmosphere. In a society reduce dependence on fossil fuels, the Hummer became an easy target for eco-activists.

Now that carbon emission regulations have become stricter, GM is focusing on creating eco-friendlier vehicles. The company has the BEV3 program aimed at creating a fleet of electric passenger vehicles.

Hummers and other gas-sucking trucks probably have no future in GM’s plans.

The Hummer, with its imposing size, was the perfect tool for people like Arnold Schwarzenegger. It heightened their macho effect and projected the larger-than-life American lifestyle.

However, later years have seen a move to smaller and more economical vehicles (SUVs for example). Brands such as Jeep’s Wrangler occupy a spot once dominated by the Hummer models and they show no signs of slowing down.

Even if smaller Hummer models were made, the likelihood that they can steal the market from brands like Jeep which have had the industry in their hands for long is slim.

Huge Investments That May Be Difficult to Raise

Bringing back the Hummer would require huge amounts of money. GM would need a huge PR budget to repair the damaged reputation of the brand.

And millions of dollars in research and development costs for the new line of Hummer vehicles.

With the particularly checkered history of the Hummer, finicky investors may not support a comeback.

Hummer Models That May Be Released

If executives at General Motors can convince investors to support the plan to bring back the Hummer model, it may come back as any of the following models: 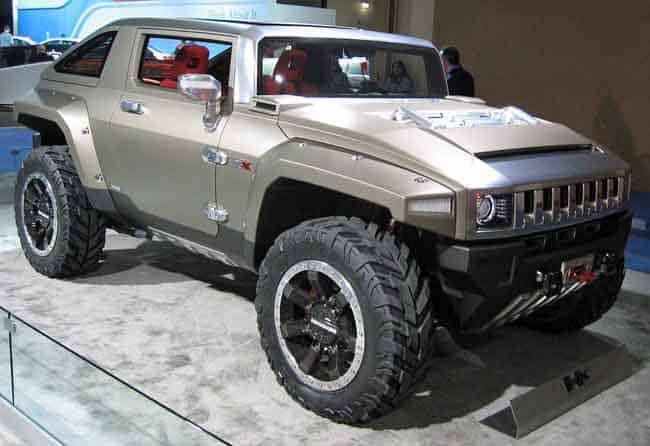 The Hummer H4 (called the Hummer HX Concept Car) was supposed to be Hummer’s answer to the Jeep Wrangler. The H4 was created to help Hummer gain a footing in the lower-priced small-sized SUV market which Jeep had dominated since the early 2000s.

Research and development began in 2004 and it was released as a two-door compact SUV concept car. It was presented at the 2008 North American International Auto Show.

The HX Concept Car was significantly smaller compared to the Hummer H2 and Hummer H3 and it featured a 3.6 L V6 engine. It stayed to its Hummer origins though as it shared a similar body-on-frame design and four-wheel disc brakes and a full-time four-wheel-drive feature.

Things later went south as the 2008 economic crisis forced GM to file for bankruptcy. The company had to stop plans for the HX Concept Car and Hummer H4 model.

Early this year, talk of the Hummer coming back as an EV intensified as GM execs were said to be looking for ways to knock Jeep out its perch as the leader of the SUV industry. And truly, an electric Hummer SUV with low emission and tough off-road capabilities will dominate an SUV market flooded with vehicles dependent on fossil fuels.

This does not mean older models like the Hummer will be converted into EVs like Arnold Schwarzenegger did when he added an electric motor and battery to his Hummer H1.

What’s more likely is that the Hummer name will be used for a new set of all-electric SUVs that will retain the off-road capability and toughness of the previous Hummer models but with a different power train. Unfortunately, the Electric Hummer won’t be released anytime soon.

The future of the Hummer is unclear. While there is a strong case for the revival of the vehicle, the economic and financial implications may give GM execs cause to pause.

With GM President, Mark Reuss saying “I’m not sure. We’re looking at everything” when questioned on the possibility of a Hummer revival, there is no concrete evidence to suggest that the Hummer will roll off the assembly lines once again.

We can only wait and see what happens.