Made famous by the Fast And Furious movie franchise, the Toyota Supra is among the most legendary sports cars ever released.

The Supra’s combination of affordability and performance has made it the darling of buyers across America.

How long do Toyota Supra last? 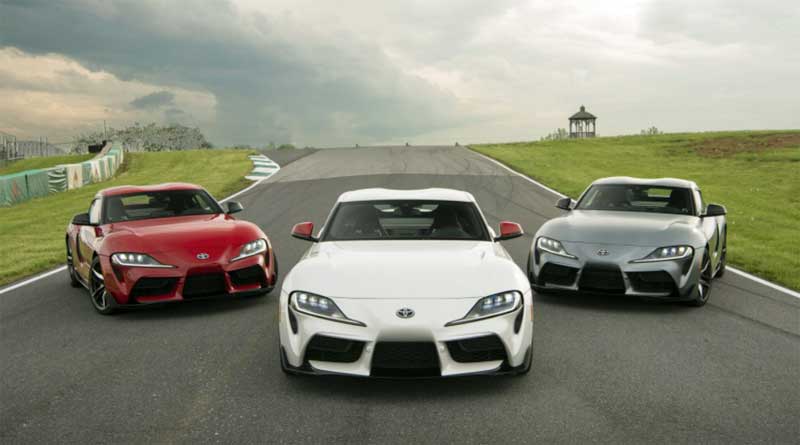 How Many Miles Can You Expect from a Toyota Supra?

Sports cars, with their high-performance engines, are hardly known for being durable.

Save for a few competitors like the Porsche 911; it is hard to find a sports car that lasts long. However, the Toyota Supra is a different breed of sportscar and can give up to 250,000 miles of service.

The Supra is one of the most dependable sports cars on the market. In fact, the reliability of its legendary 2JZ straight-six engine accounts for its massive popularity.

Many owners have attested to the durability of the Supra models, with some getting up to 300,000 miles on them!

Nevertheless, the lifespan of your Toyota Supra will depend on how you use it. Yes, the Supra is a sports car geared towards performance.

Modding it and racing it like an Indy car will only accelerate wear and cause incessant breakdowns.

Additionally, prompt servicing will keep your Supra in mint condition, allowing it to last for a long time.

How Soon Should You Expect Rust on A Toyota Supra?

Based on reports from owners, the first six to ten years are prime years for rust to appear on Supras.

This may be different for you, depending on variables such as vehicle age, region, etc.

Older Supras are more susceptible to rust compared to newer ones. More so, drivers in areas with high road salts and snow-melting chemicals will experience rust far earlier than others.

On the Supras, a common rust-prone area is the rear arches. From what we hear, rust may appear on the insides of the arches, around the suspension turrets, or under the fuel filler neck.

Another area susceptible to rust on the Supras is the hatch area under the window. The hatch rust issue is quite widespread in the model.

We found many complaints regarding this problem on a Toyota Supra forum.

One owner said the rust had appeared on the hatch, and only replacing the stock hatch with a Carbon Fiber variant had solved the problem.

For some other owners facing hatch rust problems, repainting the car itself helped solved the problem.

However, we advise seeking a second opinion from professionals.

Carbon fiber hatches are expensive, and there may be cheaper alternatives out there.

Moreover, a repaint may not solve the rust issue, at least permanently.

A professional will inspect your Toyota Supra and recommend the most effective option for fixing the rust issue.

You should also watch for rust on the rear quarter panels and windshield area. These areas often trap moisture, which eventually leads to rust.

In such situations, you may notice bubbling paint and brown flaking metal.

If the rust is mild, a simple, clean off and treating the surface may solve the issue.

Otherwise, you may need to replace the rusted metal with a new piece.

We know that the Toyota Supra is among the longest-lasting sports cars available.

How does it fare against the competition in terms of longevity?

Below, we answer the question by comparing the Toyota Supra’s lifespan to that of its rivals:

The Porsche Boxster will give you between 150,000 to 200,000 miles before it develops serious problems.

By comparison, the Porsche Boxster comes with a yearly maintenance bill of $952.

In producing the Supra, Toyota collaborated with German automaker BMW.

Most of the components on the Toyota Supra come from the BMW Z4. However, despite their shared ancestry, they are hardly similar.

Besides, the Supra will cost you less in terms of long-term ownership costs. RepairPal estimates the Supra’s annual maintenance cost to be around $562.

Meanwhile, the Z4 costs about $895 to maintain per year.

The Toyota Supra and the Ford Mustang will last for about the same number of miles.

Subject to maintenance, a Ford Mustang can reach the 250,000-mile mark, the same as the Toyota Supra. The Mustang has the lowest maintenance costs of the Supra’s rivals (those on this list).

Yes, the $709 annual maintenance bill is still higher than the Supra’s servicing cost ($562).

This is cheaper compared to the German sports cars, making the Mustang a great alternative to the Supra.

How Reliable Is a Toyota Supra?

As it is a “new” model, reliability data is scarce for it. However, J.D. Power gave it a 4.5 Predicted Reliability Rating, which means the Supra has above-average reliability.

Besides, if the longevity of old Supras is anything to go by, you can expect exceptional reliability from new models.

A quick browse of used car listings will reveal many old (90s era), high-mileage Supras in good condition. This shows the overall reliability of the Supra model.

It also explains why the Toyota Supra is the go-to choice for those who desire a reliable and affordable sports car.

Although this is the first production year of the Supra, it has three recalls.

The first of these recalls were for improper seat welds that could put occupants at risk.

The second recall covered faulty backup cameras, which could be problematic when reversing.

We must add that BMW, not Toyota, issued these recalls.

As the Supra shares parts with BMW models, e.g., the Z4, recalls for those cars affect the Supra.

Below, we have listed every model year for the Toyota Supra (Note that the Supra stopped production after 1998 and only restarted production in 2020.).

Are Toyota Supras Expensive to Maintain?

Unlike most sports cars, the Toyota Supra is relatively inexpensive to maintain.

According to RepairPal, you will spend around $562 on annual maintenance for your Toyota Supra. This is far lower compared to what you would pay on similar sports cars.

For example, the Porsche 718 Boxster costs $952 to service per year. The BMW Z4, on which the Supra is based, comes with a yearly maintenance bill of $892.

Another rival, the Ford Mustang, comes with a $709 annual maintenance estimate.

Below are some common repairs on the Toyota Supra and their respective prices:

However, this is merely an estimate, not a definite number.

How you use your brakes will ultimately decide how long they last.

As this is a high-performance model, we advise that you replace the tires at 50,000 miles.

This is because tires on performance-focused cars wear out faster from the hard-driving.

If you want longer-lasting tires, you can get premium models from manufacturers such as Pirelli, Michelin, and Goodyear.

The transmission on your Toyota Supra will last up to 100,000 miles, with regular servicing.

We advise that you change or flush the transmission fluid when necessary.

Such procedures help prolong the life of this vital component.

Mind you, frequent racing, or stop-and-go driving will cause the spark plugs to wear out faster.

According to estimates, the Supra costs around $1920 in annual insurance fees.

Broken down, this amounts to $160 in monthly insurance costs.

Tips to Prolong the Life of Your Toyota Supra

Here are ways to extend the service life of your Supra: