The Toyota Prius is a hybrid electric vehicle produced and marketed by the Japanese automaker, Toyota. When it was released in 1997, it was the first mass-production hybrid vehicle and a first for the Asian auto giant.

The Prius is the preferred choice for most car buyers, especially families because of its stellar fuel economy ratings, comfy interior and considerable cargo space.

However, a Prius can still have a few problems, such as wiring in the headlights or excessive oil consumption.

After extensive research, we found these problems to be widespread among various Prius models released over the years and have explained them below! 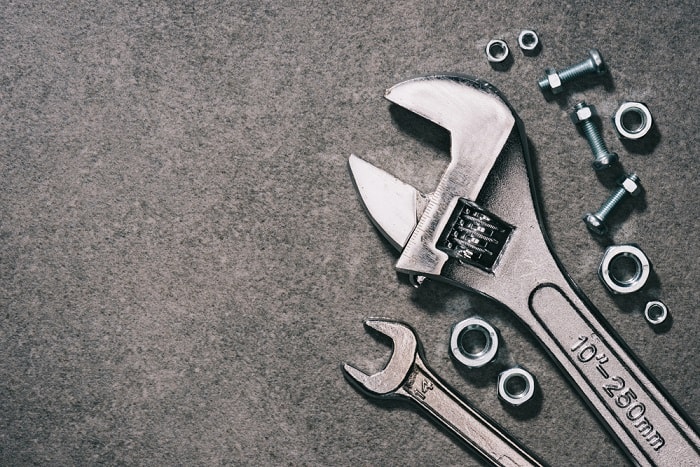 From the second-generation down to the present, all the cars in the Prius line use energy-efficient High-Intensity Discharge headlamps to provide illumination at night.

Unlike the standard Halogen lamps which consume more energy, the HID lamps can produce bright lights while conserving energy.

But, every rose has its thorn, and it is not surprising that the HID lamps have multiple problems too:

A common grievance among Prius patrons concerning the HID headlamps/headlights is they burn out at an abnormal rate which causes one lamp or both lamps to fail.

The common cause(s) of the headlamps not running properly is a faulty bulb or ignition module (or both). In some cars, the ignition module and bulb are housed in the same unit. But if you are lucky, your car’s bulb and ignition module may have separate locations, meaning you can repair them separately.

Below is a simple DIY diagnostic test you can use to know what component is causing the headlights to run erratically:

If the bulb does not come up even after you’ve switched the ignition modules or the bulb itself, the fault may be from the electrical circuit.

You may need to call a professional technician to check out the car.

In the world of cars, bulbs are considered “consumables” i.e. car parts that are not designed to wear out at the end of their service life (which is usually a few years). That being said, bulbs have a limited age as the tungsten filament in it is delicate and will eventually burn out someday.

The average life of an automotive headlamp is around 600-2000 hours which if you travel around 15,000 miles per year should see you replacing the bulbs every four years. The lifespan could be shorter if you do the following regularly:

Premature burnout of headlamps is a general issue affecting most of the second-generation Prius cars.

While it’s perfectly normal for bulbs to burn out, the frequency at which the bulbs of the Prius cars burn out suggests there is a defect with the electrical circuit.

Some issues users have reported include:

However, as some individuals noticed, changing bulbs doesn’t guarantee that your headlights will not fail again. If you change the bulb several times and the problem persists, the fault must be from the electrical circuit. A scheduled visit to the repairs shop may be necessary if you want to ensure your safety on the road.

3. Other Problems with Headlights

Malfunctioning headlights seems to be a widespread problem among various Prius cars, especially those released during 2006-2009.

Apparently, the headlights of the Prius have a defect that causes them not to come up when the car runs. For those who do a lot of driving at night, this can be a very scary prospect as it makes night driving difficult and dangerous.

When your headlights refuse to start, it’s because they are not getting the required voltage or power supply. To confirm if this is the case, the first place to start is the headlight circuit which is part of the main fuse.

The main fuse is often placed in the power center of the engine, but may also be located under the dash-be sure to consult your owner’s manual for directions.

If the fuse has blown, replace it with a new one. However, you want to ensure that the fuse has the same ampere rating as the one you took out or you won’t get the desired results.

You don’t need fancy diagnostic tools to confirm if the problem has been solved or not. All you need to do is switch on the headlights. If the fuse does not blow up, then the problem is solved. But, if the fuse blows up, it’s clear there is a problem with some other parts of the system.

The problem may come from a faulty dimmer switch, a bad relay, a damaged headline switch, and a module or a wiring fault and these parts are hard to fix.

You should take the car for a comprehensive diagnostic test at your local repairs shop and have professionals advise you on how to fix the issues.

This seems to be a general problem affecting most Toyota Prius owners, especially the cars from the second-generation models. Many users complain that the engine burns way too much oil than normal. Toyota has tried to dismiss the problem as “normal” but we doubt there’s anything normal about a car that consumes two quarts of oil per 1000 miles.

The most suggested reason for the Prius burning through so much oil is that the piston rings are defective. While Toyota had initially adopted a “deny-till-kingdom-comes” stance to the problem, it later issued a TSB acknowledging that the engines had defects which could cause it to burn through oil excessively.

It will cost about $1300-$2200 to replace your car’s piston rings. While this is expensive, it is a better alternative to replacing the entire engine which you may have to do if you don’t fix the piston rings as soon as possible.

5. The Car Can Stall Without Warning

Owners of the Toyota Prius have complained of engine problems that cause the car to stall without warning. Some cases drivers describe include:

Your car could stall because of the following issues:

The only way to know what is wrong with your car is to get it diagnosed by a certified technician. Trying to solve something as complex as a car stalling problem may not achieve any results.

If your car is stalling, it could cost from $200 to $2500 to fix. You may be told you need to do some minor repairs or that you have a cracked engine block which is ten times more expensive. Whatever the case, the only way to know how much it will cost you is to visit an auto shop to get a comprehensive diagnosis.

General Pros And Cons Of The Toyota Prius

“If you want pure efficiency and eco-friendly driving without the hassle of plugging in your car, the Toyota Prius remains at the top of the heap. Pretty much nothing short of a plug-in hybrid will better real-world fuel economy results.”

“No other vehicle is as synonymous with the word “hybrid” as the Toyota Prius and since its introduction, the model has consistently raised the bar when it comes to using as little fuel as possible. Available as a standard hybrid or a plug-in, the Toyota Prius gives you multiple ways to drive efficiently without sacrificing practicality and comfort.”

What Is The Resale Value Of The Toyota Prius?