If you are a sucker for hyper-performance engines and luxury design on sports cars, the Toyota Supra is an excellent choice.

Where is this car made? You will find out soon. 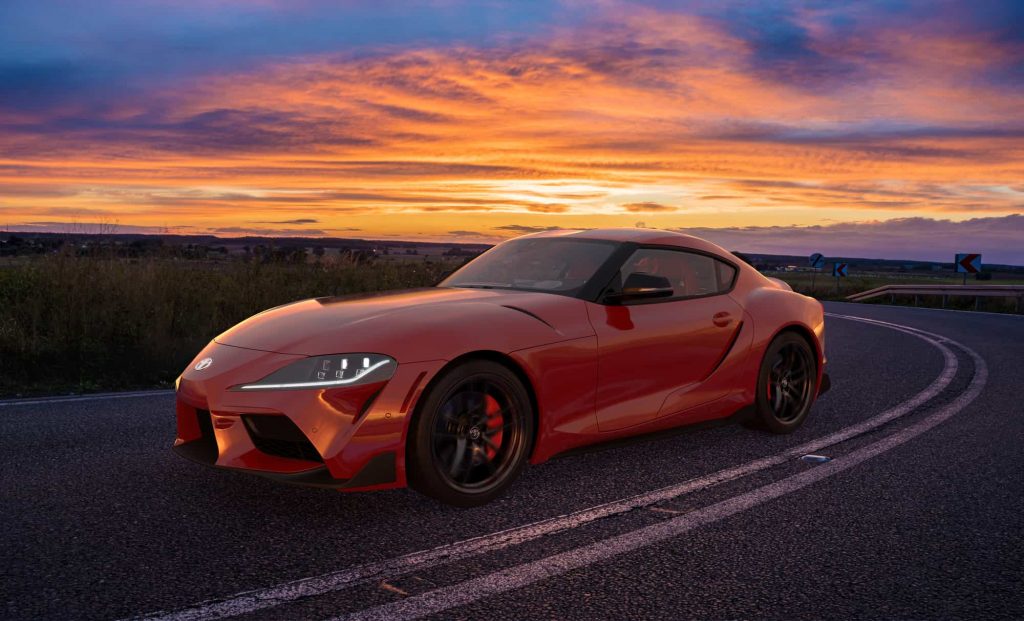 Where Are Toyota Supras Being Made?

The most recent generation of the Toyota Supra, the fifth generation, was built at the Magna Steyr plant in Graz, Austria. Magna Steyr is a car maker that produces vehicles for premium brands on a contract basis.

As a matter of fact, Magna Steyr was also building the GZ BMW Z4 alongside the fifth generation Supra.

The Supra’s fourth generation was produced at the Motomachi factory in Toyota City, Aichi, Japan.

Are Toyota Supras for the U.S. Market Produced in the U.S.?

No, Toyota Supras are not assembled in the United States of America.  The manufacturing plant that produces Supras also assembles them.

How Can You Check Where a Specific Supra Was Produced?

You can determine the country where your car was produced by checking the Vehicle Identification Number (VIN).

The Vehicle Identification Number is a special code comprising numbers and letters, which point to basic information about the car that bears it.

The VIN is unique to each car, and can be found on the metal dashboard.

Every VIN contains 17 characters, with each element representing a particular piece of information about the car.

For instance, the first character on your VIN represents the country where it was built. This character may appear either as a number 0r as a letter.

Numbers point to countries within the American continent, while letters indicate countries outside America.

Since the Supra was never made within America, your vehicle’s VIN will always start with a letter.

An alternative to studying the vehicle’s Vehicle Identification Number is to enter the VIN on a site like searchquarry.com.

This site identifies vehicles with the VIN. So, it can easily reveal all the information about your car that is encoded in the VIN.

Make sure to read our article about how long Toyota Supras last.

Are the Japanese or European Built Supras Better?

The European-built Supras are better than the Japanese built Supras. This is because the Toyota Supras produced in Austria, the only European country that makes the Supra, are newer than Japanese Supras.

Naturally, brands improve upon vehicles as they evolve, and that’s also the case with the Toyota Supra.

One improvement that the fifth generation (2019-Present) of the Toyota Supra offers is the novel inline-six engine.

Where Is the Toyota Supra Designed?

The 2020 Supra, the most recent Supra, was designed in Japan by the designer Nobuo Nakamura and his team.

Even though other designers were responsible for previous generations of the Supra, Supra models have always been designed in Japan.

Where Are Toyota Supras Made for the Australian Market?

The Magna Steyr factory in Graz, Austria, made the present model of Toyota Supras sold in the Australian market. However, this was not the case in the past.

Before 2019, Japan factories produced all the Toyota Supras sold in Australia.

Where Are Toyota Supras Made for the Canadian Market?

The most recent set of Toyota Supras the Canadian market sells is produced in Austria.

Previously, the Supras sold in the country were imported from the Japanese factories in Aichi and Toyota City.

Where Are Toyota Supras Made for the U.K. Market?

As at 2020, Toyota Supras sold in the U.K. market were built in Austria.

Earlier generations (1978–2018) were produced at the Motomachi and Tahara manufacturing plants in Japan.

Toyota is not planning to move production of the Supra. The 2021 Supra will still be built in Austria.

Nevertheless, the company has shifted production of the Toyota Supra a couple of times in the past.

In 1993, Toyota moved production of the Supra from the Tahara plant in Aichi to the Motomachi plant in Toyota City.

Also, in 2019, Toyota resumed production of the Supra at the Magna Steyr plant in Austria, after it had discontinued production in 2002.

Also check our article on driving the Toyota C-HR in snow and winter.

While Toyota will hire new staff this year, it has no intention of firing people on a large scale in the U.S.

Although Toyota has stated firmly that it will not embark on mass retrenchment this year, a few members of staff have been fired for their openly racially insensitive activities.

No, Toyota is a Japanese company. It was established in Japan in 1937, as a subdivision of an engineering company, Toyoda Automatic Loom Works.