For people who fancy large cars, the Toyota Avalon is a perfect choice.

Thanks to its combination of luxury and space, the Toyota Avalon has won several awards, including the 2o2o Best Large Car for Families by U.S. News Rankings.

Besides, this car is Toyota’s largest front-wheel vehicle. Where is this vehicle made? Find out below. 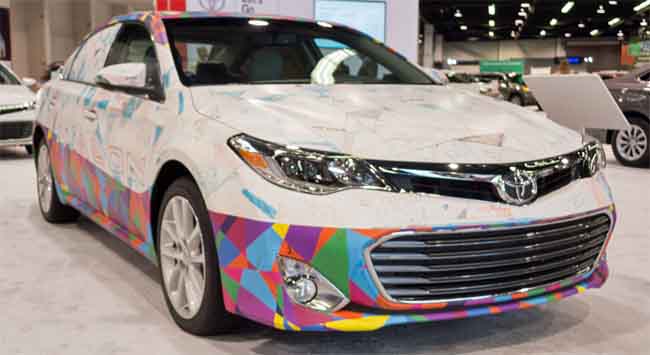 Where Are Toyota Avalons Being Made?

Toyota Avalons are built at the Toyota factory in Georgetown, Kentucky, United States of America. However, Australia also produced Toyota Avalons in the past. At first, Toyota only manufactured the Avalon at its Kentucky plant in the USA. But in the mid-1990’s, large cars became popular in Australia.

The growing popularity of large cars influenced Toyota’s decision to move production of the Avalon to its Altona plant, Melbourne, Australia in 2000.

Unfortunately, the car did not generate much sales in Australia because residents and native critics found the design plain.

So, in 2005, the company had to put an end to the building of the Avalon in Australia. Since then, Toyota has restricted production of the Avalon to the United States of America.

In addition, Toyota launched the Avalon hybrid in the United States of America in 2012.

Are Toyota Avalons for the U.S. Market Produced in the U.S.?

Yes, they are. As a matter of fact, the United States is the only country where Toyota makes the Avalon. Toyota produces the model in Georgetown, Kentucky, USA.

Yes, Toyota Avalons are assembled in the United States of America at Toyota’s Georgetown, Kentucky factory.

How Can You Check Where a Specific Avalon Was Produced?

The Avalon has only been produced in two countries since its inception; and only one of those countries still makes the model.

Toyota Australia stopped making the Avalon in 2005. So, if your Avalon was produced after 2005, then it was made in the United States of America.

However, if your car was produced between 2000-2005, you can confirm the location where it was manufactured by checking the Vehicle Identification Number (VIN).

The VIN is a special 17-character code comprising numbers and letters that distinguish a vehicle from every other vehicle. It is unique to each vehicle.

You can find this code on the metal dashboard of your Toyota Avalon.

The first character on the VIN points to the country where your Avalon was produced.

The character can either be a number or a letter of the alphabet. Vehicles produced on the American continent are represented by numbers. If your car was made outside America, a letter would represent it.

Make sure to read our article on how long Toyota Avalons last.

Are the Japanese or European Built Avalons Better?

Neither Japan nor European countries produce the Toyota Avalon. So, this question does not apply to the model.

Where Is the Avalon Designed?

The Avalon has always been designed at Newport Beach, California, since 2006. The Japanese created previous designs of the Toyota Avalon in Japan.

Where Are Avalons Made for the Australian Market?

Currently, the Toyota Avalons sold in Australia are produced in the U.S. Nevertheless, Toyota once produced the Avalon in Australia.

But when Australians did not purchase as many Avalons as the company expected, Toyota moved production of the model outside the country.

Please also read our article on 11 Toyota Avalon statistics you should know.

Where Are Avalons Made for the Canadian Market?

The fleet of Toyota Avalons sold in the Canadian market are manufactured at the Georgetown Toyota plant in the U.S.

Where Are Avalons Made for the U.K. Market?

The Georgetown factory in Kentucky, USA, builds the Toyota Avalons sold in the U.K. market.

No, Toyota does not intend to move production of the Avalon.

Nevertheless, the company once moved part of the production of the Toyota Avalon to Melbourne, Australia.

In 2005, Toyota ended the production of the Avalon model in Australia and moved all manufacturing of the vehicle to the U.S.

Also read our article about where Toyota 4Runners are made.

Is Toyota Hiring or Firing in the U.S.?

Toyota will hire new staff in the United States this year. The brand released announcements of job vacancies on the Glassdoor website in July 2020.

Some of the job openings are for service advisors and sales expert.

Moreover, the new Mazda-Toyota plant in Alabama announced in October 2019 that it intends to hire factory workers in 2020.

In contrast, Toyota had no plans to fire any staff in 2020. However, a few workers have forced Toyota to change its plans against retrenchment this year.

These members of staff were caught mocking George Floyd, a recent victim of police brutality in a video.

Even though Toyota does not intend to fire anyone this year, it has cut 5,000 temporary factory workers.

No, Toyota is not an American company. The company is based in Japan. Nevertheless, Toyota has established factories and branches in all continents of the world.

Moreover, the Toyota branch in USA has several designs of Toyota models to its name. The Avalon is one of such models.