The Ford Taurus is a four-door sedan that offers plenty of road comfort, utility, and excellent handling qualities.

Previously a household name in the US, the Taurus was discontinued in 2019.

Still, there are many used models and you may want to know where they come from.

Where are Taurus models made? Let’s find out. 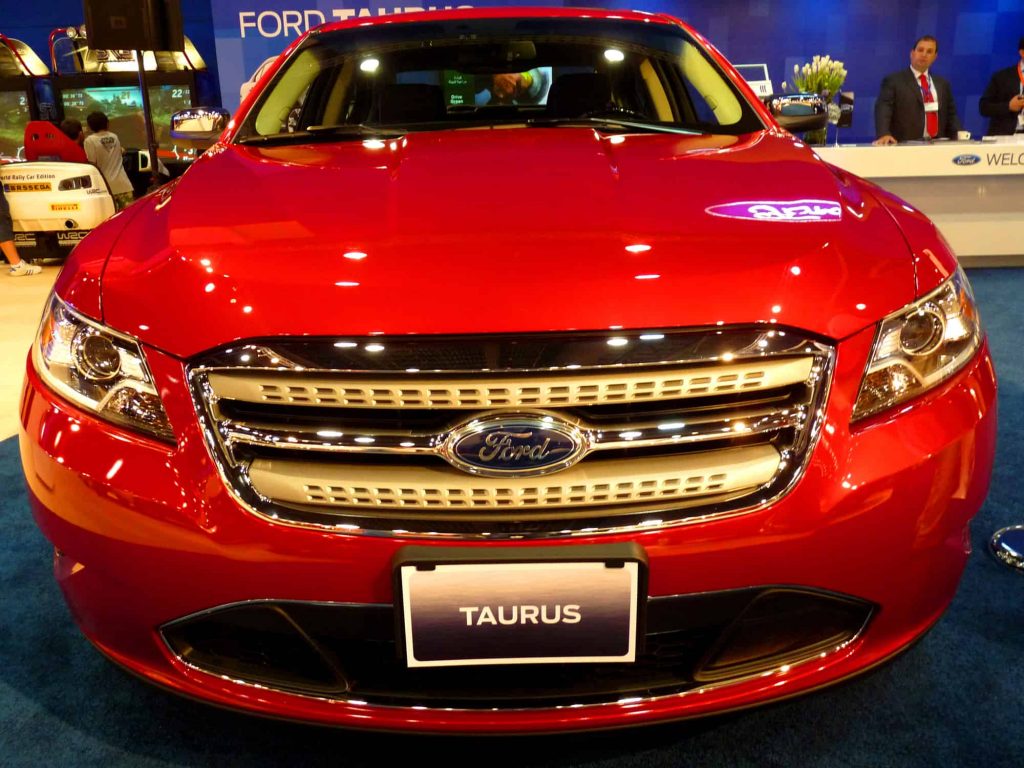 Where Are Taurus Being Made?

During its production run, the Taurus was made at Ford’s Chicago Assembly plant in Chicago, Illinois. Production of the Taurus models also took place at the Atlanta Assembly in Hapeville, Georgia, until its closure in 2007. Despite the discontinuation of the Taurus in the US, Ford continues to build an international model in China.

Made exclusively for the Chinese, this model is produced at Changan Ford’s Hangzhou facility in China.

Are Taurus for the U.S. Market Produced in the U.S.?

Ford has produced all Taurus models sold on the US market in American factories.

It started production of the Taurus at the Chicago Assembly in 1986 and only stopped in 2019 after discontinuing the model.

The company built the model at the Atlanta Assembly for over 20 years.

Six generations of Ford Taurus models were produced in the United States.

Ford assembled all Taurus sedans sold to American buyers in its U.S. plants.

Assembly of the Taurus models in the U.S. took place at Ford’s plant in Chicago, Illinois.

Ford’s Atlanta Assembly also assembled the Taurus models for twenty-one years between 1986 and 2007.

How Can You Check Where a Specific Taurus Was Produced?

You can check where Ford assembled a particular Taurus model by looking at its Vehicle Identification Number (VIN).

The VIN number is an alphanumeric code that reveals information about your vehicle’s identity, including its assembly location.

The first digit in the VIN on your Taurus signifies what country manufactured the vehicle.

Cars manufactured in the US will have numbers 1, 4, or 5 as the first VIN character.

Conversely, cars manufactured outside of the American continent have a letter as their first VIN character.

The VIN also contains a ‘plant code’ that indicates the specific factory that assembled the vehicle.

The plant code, a single letter, is usually the 11th digit in the VIN.

Note: You can find the VIN around the dashboard at the base of the windshield and the driver’s side door jamb sticker.

Make sure to also read our article about driving the Ford Taurus in snow and winter.

Ford has never built the Taurus model in Japan or Europe. Considering this, we cannot make any comparison as prompted by the question.

Where Is the Taurus Designed?

Like other Ford models, much of the Taurus’ design and modeling took place at Ford’s Dearborn Research & Engineering facility.

There, the in-house design team went over the exterior and interior design of the Taurus before production.

Where Are Taurus Made for the Australia Market?

The Ford Motor Co. doesn’t sell any of the Taurus models on the Australian market.

This is particularly surprising, as the Chinese version of the Taurus was largely designed in Australia.

Where Are Taurus Made for the Canada Market?

Ford made the Taurus for its North American market, including the Canadian market, at its factories in the United States.

This includes the Chicago Assembly in Chicago, Illinois, and the Atlanta Assembly in Hapeville, Georgia.

Please also read our article about where the Chevrolet Cruze is made.

Where Are Taurus Made for the UK Market?

Ford never manufactured the Taurus for the European market, so it didn’t sell the vehicle in the UK.

However, you can import the Taurus into the UK from the US and have it converted to right-hand drive.

Is Ford Planning to Move Its Production?

Ford moved production of the Taurus to China after discontinuing it in the US in 2019.

Now, China remains the only country where Ford produces the Taurus sedan.

Also check out our article about how long the Toyota Avalon lasts.

Is Ford Hiring or Firing in the U.S.?

Ford fired about 7,000 workers in the US as part of its restructuring program.

The American automaker also announced in 2020 that it would cut an additional 1,400 jobs to further save costs.

Nonetheless, Ford has shown interest in hiring a few workers at its US factories.

Is Ford an American Company?

Founded in 1903, Ford is an American automobile manufacturing company.

It has been arguably the most important American automaker after General Motors.

The company has plants across the US and is one of the highest employers of American automotive workers.