The Ford Ranger is an excellent choice for road trip fanatics.

With an impressive ground clearance and modest off-road capabilities, the Ranger is at home on the pavement and the countryside.

Where is this car made? Find out below. 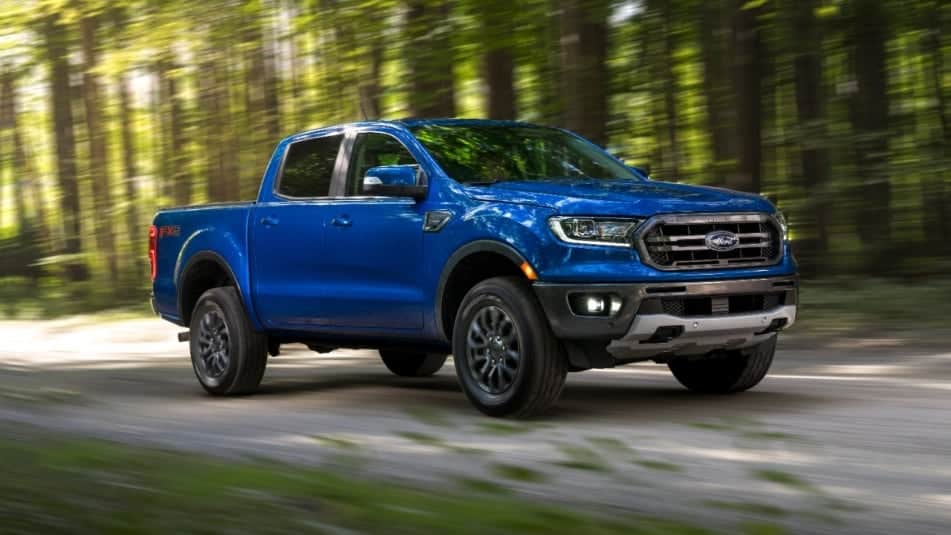 Where Are Ford Rangers Being Made?

By 1992, when Ford commenced the building of second-generation Rangers. The company expanded production of the model to Argentina.

So, Ford also manufactured second generation Rangers at General Pacheco, Argentina and Edison, New Jersey, alongside its factories in Kentucky and Minnesota, USA.

In 1997, Ford discontinued production of the Rangers at its Kentucky plant in Louisville, USA.

As a result, the third generation of Ford Rangers were only produced at Ford’s factories in St. Paul, Minnesota; Edison, New Jersey; and General Pacheco, Argentina.

Also, Ford added its Thailand Manufacturing Plant in Rayong, Thailand, to the list of factories that manufactures the Ranger in 2016.

After 2018, Ford closed down production of the Ranger in New Jersey and Minnesota, USA.

The company then moved production of some Ford Rangers to its factories in Michigan, USA; Hai Duong, Vietnam; Silverton, South Africa; and Lagos, Nigeria.

Are Ford Rangers for the US Market Produced in the US?

The US market has always sourced its stock of Ford Rangers locally.

At the onset, Ford Rangers sold in the US were manufactured at Ford’s factories in St. Paul, Minnesota and Louisville, Kentucky.

Now, the market acquires its stock of Ford Rangers from Wayne, Michigan.

Please read our article about driving the Ford Ranger in snow and winter.

Ford Rangers are assembled at Ford’s factory in Wayne, Michigan.

Until 2019, they were assembled at Ford’s factories in St. Paul, Minnesota and Edison, New Jersey, USA.

How Can You Check Where a Specific Ranger Was Made?

You can determine where a specific Ranger is produced by studying its Vehicle Identification Number.

The VIN is a 17-digit code located on the dashboard of your vehicle. Each of the characters on the VIN point to specific information about your vehicle.

The first digit on your VIN refers to the country where your vehicle was manufactured.

This character could be either a number or letter, depending on the continent where it is produced.

While countries outside America are represented by letters, countries within the American continent are encoded in numbers.

When these characters come first on the Vehicle Identification Number of your Ford Ranger, this is what they mean:

Make sure to also check our article about how long Ford Rangers last.

Ford Rangers have never been built in Japan or Europe.

So, it is impossible to say whether Japanese-built Rangers are better than Ford Rangers built in Europe.

Where Is the Ford Ranger Designed?

The most recent design of the Ford Ranger was developed in Broadmeadows, Australia.

Where Is the Ford Ranger Made for the Australian Market?

The Australian market imports most of its Ford Rangers from Wayne, Michigan. Only the Ford T6 version sold in Australia is sourced from Ford’s factory in Rayong, Thailand.

Where Is the Ford Ranger Made for the Canadian Market?

Majority of the Ford Rangers sold in Canada are manufactured at Ford’s plant in Wayne, Michigan.

In addition, the Ford T6 model the market offers to its residents are imported from Rayong, Thailand.

Where Is the Ford Ranger Made for the UK Market?

The rest of the Ford Rangers are built at Ford’s Wayne plant in Michigan, USA.

Is Ford Planning to Move Its Production?

Ford has no plans to move production of the Ranger to any new country.

However, the company has expanded production of the Ford Ranger to several countries in the past.

Ford shifted production of some Ford Rangers to Argentina in 1992. Also, in 2016, Ford’s Thailand factory in Rayong, Thailand joined the list of factories that manufactured the Ranger.

In addition, Ford discontinued the making of the Ranger in most of the factories that formerly produced it, apart from its factory in Thailand.

The company then commenced production in new factories in 2019. The factories in question are located in Wayne, Michigan, USA; Silverton, South Africa; Hai Duong, Vietnam; and Coscharis Motors, Lagos, Nigeria.

Is Ford Hiring or Firing in the US?

Ford is hiring new members of staff in the US.

The company also hired a few permanent employees across all its departments in its US offices.

According to Kumar Galhotra, President of Ford North America, the layoff will target older employees who are almost due for retirement.

Already, the employees in question have received early retirement incentives from Ford.

Ford implemented the mass dismissal to reduce its costs of production and provide funds for its new products and services.

Is Ford an American Company?