The Chevrolet City Express is a smaller version of the Chevrolet Express. It is basically a re-badged Nissan NV200.

Being a small van, GM designed it with the primary aim of meeting the need of small business owners.

Users love the City Express for its fuel efficiency and compact size, among other stellar features.

Here, we discuss the longevity of the Chevrolet City Express. 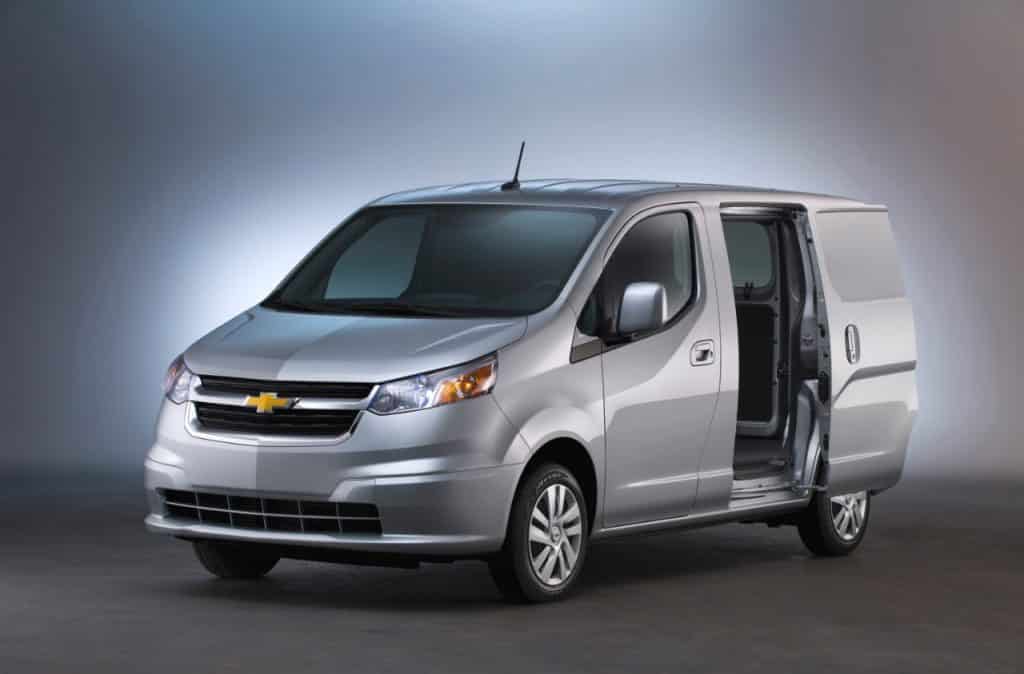 Here is the short answer to how long the Chevrolet City Express lasts:

You can expect the City Express to last 250,000 to 300,000 miles with adequate maintenance and proper use. That means the van can serve you for up to 15 years if you average 20,000 miles per year. However, the heavy usage typical for these vehicles can shorten their lifespan.

How Many Miles Can You Expect From a Chevrolet City Express?

Provided that you adhere to maintenance, this van can log over 250,000 miles without any serious issues.

The Chevrolet City Express has a two-passenger seat. Considering its function, the van will probably run long distances, however, this depends on the proximity of business assignments.

To improve its performance, switch to high mileage engine oil when the vehicle reaches 75,000 miles.

How Soon Should You Expect Rust on a Chevrolet City Express?

After snooping around several forums, we can say that the Chevrolet City seems to suffer from rust issues because of its thin body panel.

Some owners called the van a rust bucket, but many people also praised its ability to hold up well to the elements. One user said the vehicle’s roof started rusting after only 15 months of ownership.

We advise inspecting the undercarriage and other areas that can trap moisture for rust. If possible, wash the van thoroughly every week or more frequently, especially if you use it to carry caustic substances.

There are many similar vans to the City Express. However, there are factors that distinguish it from others.

Both the NV200 and the City Express may last up to 250,000 miles. As expected from both vans, they have pretty decent life expectancies.

In short, both vehicles are the same, they just have different brand names.

We estimate the mileage of the Ford Transit Line to be 160,000 to 300,000 miles. Though this is subject to various driving conditions, the Ford Transit seems to beat the Chevrolet City Express and chances are it would last longer.

The Promaster City is the smaller version of the RAM Promaster. It can also last at least 250,000 miles if you are diligent with maintenance.

How Reliable Is a Chevrolet City Express?

Because of insufficient data, the reliability rating for the Chevrolet City Express is not readily found. However, RepairPal data shows that most commercial vans have average reliability, probably because of the heavy usage.

Chevrolet vehicles have a reliability of 3.5 out of 5.0, which suggests that the Chevrolet City Express is reliable above average.

The Best and Worst Years for the Chevrolet City Express

Through the years, the van had its worst year in 2015. According to Car Complaints, that model year’s worst complaint was excessive tire wear.

Alternatively, other years are amazing after fixing the problem with the 2015 model year.

The 2016 model, for example, has no recorded complaint on Car Complaints. It may very well be the best model year to own.

The data below provides details of recalls for the City Express and specific problems encountered for the model years.

Chevrolet City Express had its first production in 2013. Although the small van was a sort of replica of the Nissan NV200, its duration in the market didn’t last long. Production lasted from 2013 to 2018.

Are They Expensive to Maintain?

Estimates from Your Mechanic shows it costs between $80 to 4,475 to maintain the City Express per year. Maintenance bills depend on several factors, including the age of the van, mileage, driving habits, and the type of business function the vehicle performs.

Brakes are likely to last an average of 40,000 miles before repairs. However, driving conditions can also influence the brake longevity.

Brake pads made of ceramics will last longer than metal brakes. Going easy on your brakes also helps increase their longevity.

The Chevy City Express car manual suggests that close attention should be paid to the tires. The low tire pressure warning lights make it much easier to detect when one or more of the tires deflates.

How Long Does the Transmission Last?

The transmission can last at least 100,000 miles. This is while considering that the City Express uses a continuously variable transmission (CVT). CVTs are considered to be of the same strength as traditional automatic transmissions.

Your Mechanic suggests spark plugs for Chevrolet City Express have an approximate lifespan of 30,000 to 60,000 miles.

To keep your City Express Van secured, it will cost an average of $136.19 per month, says Finder. The prices, however, vary between model years.

Your age, location, and driving record may affect the quotes you get from insurance companies.

Tips To Prolong the Life of Your Chevrolet City Express

To enjoy the full estimated life cycle of the Chevrolet City Express, the “doctor’s prescription” must be adhered to. While there are general rules on how to prolong the life of a vehicle, the manual suggests: