The Ford Excursion is Ford’s largest SUV outside of limited editions.

Because of its size, it can double as a truck for hauling heavy loads!

In this article, we discuss the longevity of the Ford Excursion. 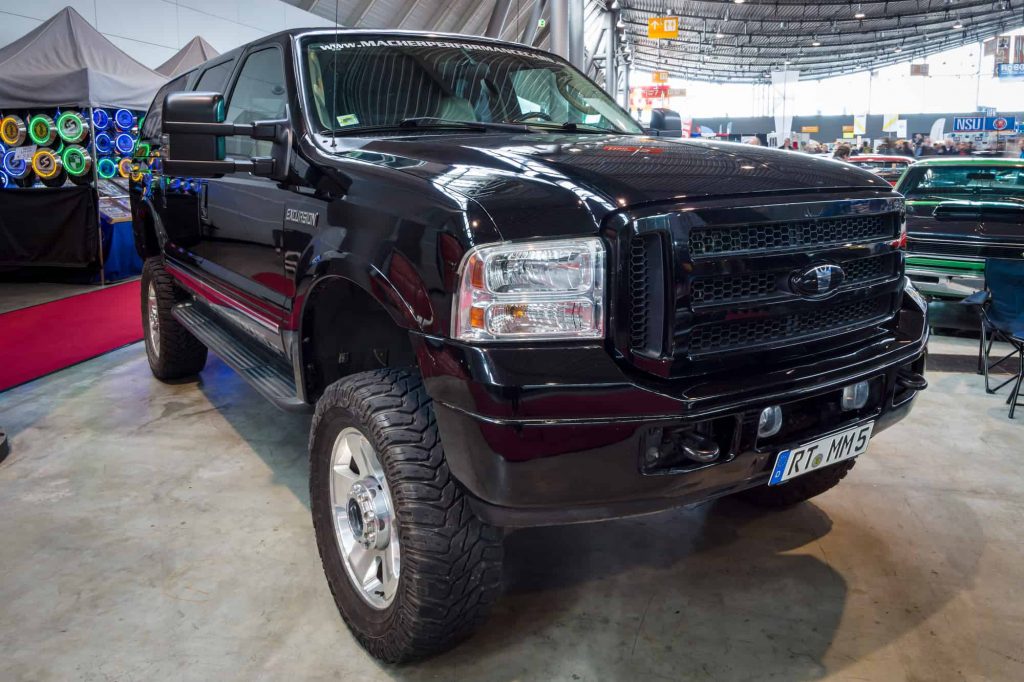 Here is the short answer about how long Ford Excursions last:

Excursions are some of the longest-lasting models in Ford’s lineup of vehicles, with many serving for over 500,000 miles. The truck can easily serve you for over 20 years. But you will need to be diligent with maintenance and repairs.

How Many Miles Can the Ford Excursion Last?

An Excursion user whose vehicle has lasted for over 500,000 miles claims it is still in excellent condition.

According to him, your Excursion can last that long with no expensive repair.

He however recommends that you always use synthetic oil when you need to refill the oil filter.

How Soon to Expect Rust on a Ford Excursion

You won’t find rust on your Ford Excursion until about 15 years after its production.

When rust eventually appears, it does severe damage to the vehicle such that you might have to dispose of it.

The first signs of rust show up on the rock panel of the truck, then moves up to the rear door in a short while.

Some users say they had to do an expensive repaint job to restore their Excursion to its previous condition.

Others say their mechanics advised them to get a replacement.

Make sure to also read our article about how long the Honda Odyssey lasts.

How Long Do Ford Excursions Last Compared to Similar Cars?

The Ford Excursion lasts longer than the Chevrolet Suburban.

On average, the distance a Suburban can last is 200,000 miles. Research also shows that the possibility of the Suburban lasting for 300,00 miles is very rare, even with adequate maintenance.

In relation to gas mileage, the Suburban wins. The Chevrolet Suburban will last longer on a gallon of fuel than the Ford Excursion on the road.

While Ford Excursion offers just 11 miles per gallon in the city, the Chevy Suburban boasts a mileage of 15 mpg.

Once again, the Excursion lasts longer than the GMC Yukon. Ford Excursions will last for 300,000 miles at the very least. The GMC Yukon is only durable for 200,000 miles.

In contrast, the GMC Yukon trumps the Ford Excursion in gas mileage.

A gallon of fuel will last for 14 miles if you are driving a Yukon in the city. The Ford Excursion can take you 11 miles on city roads with the same amount of fuel.

Regarding rust, Ford Excursions fare better than Yukons. Depending on the severity of manufacturing defects, rust appears on the Yukon from 3 to 12 years after production.

You won’t find rust on your Ford Excursion until about 15 years after production.

It appears Ford does not offer the best gas mileage, as even the Dodge Durango offers better fuel efficiency than the Ford Excursion.

On the highway, you can expect your Durango to last for 23 miles on a gallon of fuel. However, Ford Excursion will only last for 15 miles per gallon on the highway.

Ford Excursion may be very durable. However, for a car that lasts so long, it offers poor gas mileage. This is not surprising though, considering the Excursion’s hulking size and powerful engine.

Please also read our article about how long the Chevrolet Impala lasts.

On the plus side, Ford Excursion trucks are very durable. Compared to similar cars, they last very long.

For example, while the Excursion lasts 300,000 miles at least, the Chevrolet Suburban, a similar SUV, may struggle to reach 300,000 miles.

In contrast, they deliver poor gas mileage. The average MPG (mile per gallon) is for the Suburban is 21 miles on the highway, but the best Ford Excursion can offer is 15 mpg.

The Best and Worst Years for the Ford Excursion

2004 was the worst year for Ford Excursions. Even though it did not receive the highest number of complaints, the problems reported were serious and required expensive repairs.

Other complaints focused on oil leakages and engine failures. For instance, it costs $1,300 to fix an engine oil leak.

The best model year for Ford Excursions was 2005. First, it had few complaints. In addition, the high number of positive reviews the model year garnered put its performance rate at 4.8 out of 5.

Also check out our article about how long the Honda Ridgeline lasts.

What About Recalls for these Models?

Below is a table listing the number of recalls by model year:

The following are the model years of the Ford Excursion:

Are Ford Excursions Expensive to Maintain?

However, paying for the repair of faulty parts in Ford Excursions is another story. For instance, the average cost of repairing an engine oil leakage is $1,300.

The service life for Excursion brakes ranges from 30,000 to 60,000 miles. However, you can make your brakes last longer by going gentle on them when you drive.

In case you need to replace your brake pads, Ford Excursion brake pads can cost between $23 to $60.

The batteries on Ford Excursion can last for about 2-3 years depending on how you maintain your vehicle. One way to make your batteries last longer is to ensure that you turn off all engine lights before you exit your car.

The most common tires Ford Excursions use are Firestone tires and they can last for about 12,000-15,000 miles.

If you want to make your tires last longer, you need to check what season the tires are suitable for. For instance, if the tires are all-season, then you might be safe using them year round.

However, if you live in an area characterized by extreme weather conditions, get tires that fit the bill. For chilly and wet terrain, get winter tires.

Ford Excursion transmissions last for 130,000-180,000 miles. Your transmissions will last longer if you take them for servicing after every 7,500 miles.

Your Ford Excursion spark plugs can last for 100,000 miles if there are no production defects.

What Is the Insurance Cost for Ford Excursion?

Certain factors determine how much you will pay to insure your car:

Tips on how to Prolong the Service Life of your Vehicle

Here are tips to help you get maximum longevity from your vehicle: